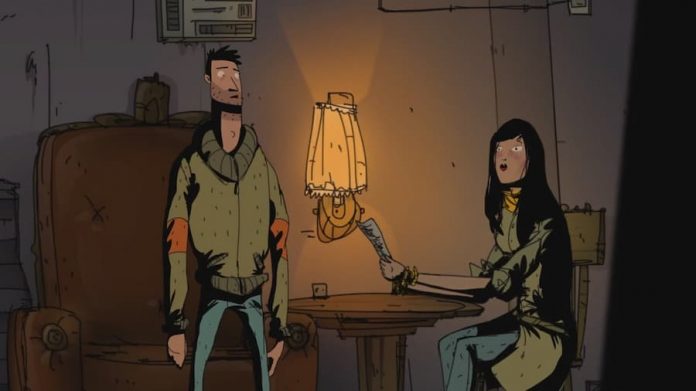 Investigative point-and-click adventure Unforeseen Incidents is coming to the Nintendo Switch this month and it couldn’t be more timely, almost uncomfortably so.

UPDATE (8/1/22, 10:12pm GMT): The publisher has confirmed that the game contains both English and German voice-overs, and that you can use either with English, Spanish, French, Italian or German subtitles, though subtitles won’t necessarily be an exact translation, due to localisation factors.

Sure, Dying Light 2 is coming out in February, but the prospect of being bitten by a zombie is fantastical enough that we can mentally pigeonhole it. Will Unforeseen Incidents, with its plague-heavy storyline hit too close to home? We took a look at the PC original back in pre-Covid 2018, so it’ll be interesting to see if its January Switch release does indeed magnify its impact.

Harper Pendrell, your protagonist, stumbles across an infected woman who charges him with delivering a vital message. Yelltown Fever, a virus that kills most if not all of the infected, is spreading across America but, as your protagonist discovers, there could be more to it than meets the eye. Is there some vast conspiracy at work, one that could end the epidemic with the push of a button? Or is that just wishful thinking?

The timing of Unforeseen Incidents’ release isn’t the only curious thing about the game. It’s been developed by German developer Backwoods Entertainment, so parts of the game were originally in German. But, instead of delivering a straight translation, actor, writer and comedian Alasdair Beckett-King (of the “Every Single Scandinavian Crime Drama” video) penned new dialogue.

We’d definitely like to see how the two compare, though while the Nintendo eShop mentions German as a language, it’s unclear whether you’ll be able to play the German version with English subtitles. Still, even without that option, Unforeseen Incidents should  be well worth playing. As we remarked back in 2018, it has “…beautiful artwork and design, impeccable voice acting and an intriguing story to boot.”

Unforeseen Incidents is coming to Nintendo Switch this January 27th, or if you can’t wait you can pick it up on Steam right now.