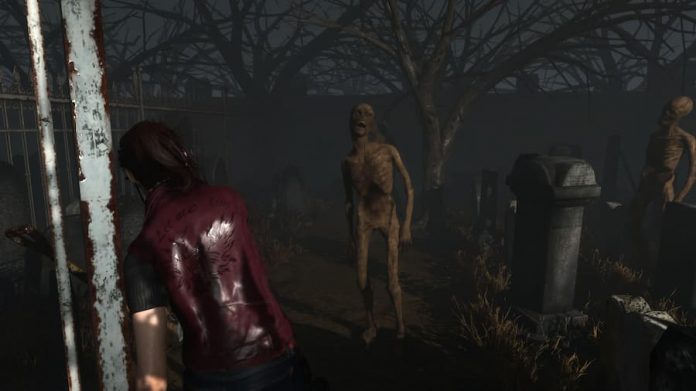 That used to sum up our thoughts on the un-numbered Resident Evil game that made its debut on the Dreamcast. It wasn’t awful, it wasn’t brilliant, it just was. But having dived back into it, we found ourselves enjoying it much more than we remembered, even with those stupid back-biting months.

So when we learnt there was a PC-based fan remake of Code Veronica and there was a demo out, we leapt right in. Based on what we’ve seen so far, it’s not quite as radical as the official Resident Evil 2 Remake, compared to the original Resident Evil 2, but it’s still quite a lot of fun.

It gives the game a visual overhaul and a slightly more play-friendly camera. Yes, graphics aren’t everything but it’s a step up from the original and as work in progress it’s well worth diving into. The demo runs for about half an hour, depending on how much time you spend poking around in lockers or getting lost.

You mostly play as Claire, though there’s also a chunk where you step into the perpetually annoying Steve’s shoes. Both of the characters are much easier to control than in the original, which is a welcome change. The demo’s a hefty 3GB, but you won’t regret taking it for a spin, wonky fonts and all.

The remake is penned for a 2022 release, though there’s a risk that if Capcom do decide to make their own Code Veronica remake they’ll demand it be taken down. You can find the links to the demo through this tweet here.