Imagine waking up to find yourself in a post-apocalyptic Tokyo. Even worse, imagine then being transformed into something that’s no longer human. That’s the basic premise of Shin Megami Tensei V, an RPG where violence isn’t the only option. And don’t worry if you’ve never played a Shin Megami Tensei game before; this may be the fifth mainline entry in the series, but you don’t need any prior knowledge to enjoy it.

It’s thanks to becoming a Nahobino that you can face the demons inhabiting this horrifying future-Tokyo head-on. You can develop your character in any way you see fit, and even absorb the abilities of the foes you’ve encountered. If you really want to progress in Shin Megami Tensei V and get to the bottom of what’s going on, however, you’ll need to assemble a formidable party. That means negotiating with demons to bring them over to your side, and then perhaps fusing them with others to create even more powerful allies.

Undoubtedly one of the best single-player games on Switch, Shin Megami Tensei V is even more of a must-have for RPG fans. 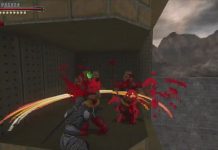