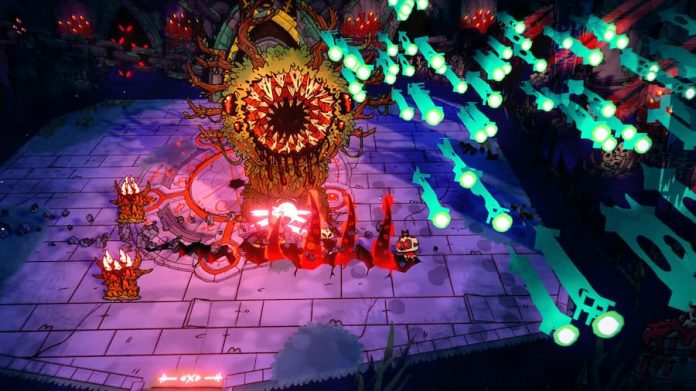 Cult of the Lamb, originally set for a PC release, is hitting consoles.

So whether you’ve got a PC, Xbox, PlayStation or Nintendo Switch you’ll be able to create your own cult, sacrificing adorable woodland creatures to an uncaring eldritch god. No, really – it’s as if developer Massive Monster took a look at Happy Tree Friends and decided it wasn’t nearly sinister enough.

Having said that we don’t, at this stage, know that the being your ovine protagonist serves is a horrifying, many-tentacled abomination from beyond time, but it’s a fair bet. Aside from creating your own little cult (via a base-building and sucker-recruiting mechanic), you have to roam the forest dispatching the opposing cults that have sprung up.

In short, it’s a mash-up of brain-washing, member sacrificing and bloody slaughter, things that no mainstream religion has ever got up to. Honest. We’re also hoping there’s at least one mint sauce/source joke in there, but we’ll have to wait till Cult of the Lamb’s release to find out.

As to exactly when that’s likely to be, we’ll have to consult the entrails and get back to you. We we do know is that Cult of the Lamb will launch its unholy crusade some time later this year on PC, (via Steam), Xbox One, Xbox Series S, Xbox Series X, PS4, PS5 and Nintendo Switch.