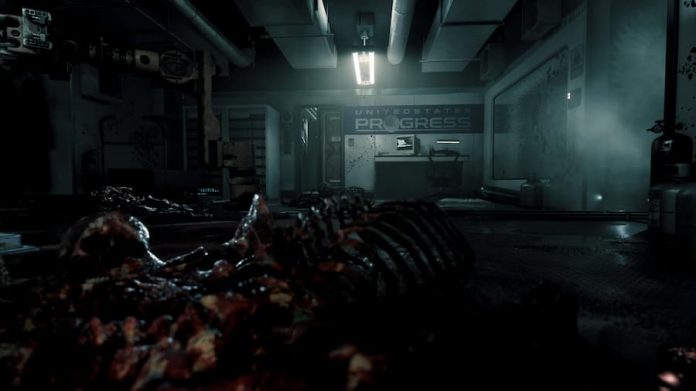 Invader Studios’ Daymare: 1998 was a forgettable survival horror game first released on PC in 2019 before making its way to consoles.

We could go on how it started out as a Resident Evil 2 remake before capturing the attention of Capcom, but that’s all water under the bridge now. What’s important is that Invader Studios is back with a prequel. In Daymare: 1994 Sandcastle, players step into the shoes of agent Dalila Reyes, a former government spy now working for a special unit called H.A.D.E.S. And little does she knows of the horrors she’s going to face.

Going hands-on with a demo for Daymare: 1994 Sandcastle, it’s apparent that Invader Studios has upped its game. For a start there are the game’s visuals; they’re still dark and foreboding, but now much more detailed. And Dalila has had more care and attention put into her creation than all of Daymare: 1998‘s protagonists put together. The voice acting’s still a bit duff though.

There are gameplay improvements, too. The irritating ammo system of Daymare: 1998 seems to have been thrown out of the window, for example, with you able to simply pick up ammo in the environment and put it straight into your gun. In the demo, we got to go hands on with both a shotgun and machine gun. And now your enemies aren’t just lumbering zombies waiting to be put down with a simple headshot. Instead they’re infused with an energy that they’re able to pass onto others upon death.

Your standard foe has blue-tinged veins pulsating throughout their bodies. Shoot them down, and a swirling blue ball of energy is released, looking for a new host. If it finds one it them powers it up. It becomes a real issue when enemies are so energised that their veins become crimson red – no matter how many bullets you put in them they’ll just keep getting back up. Your only hope is to freeze them with an attachment on your arm, before breaking them into tiny pieces. 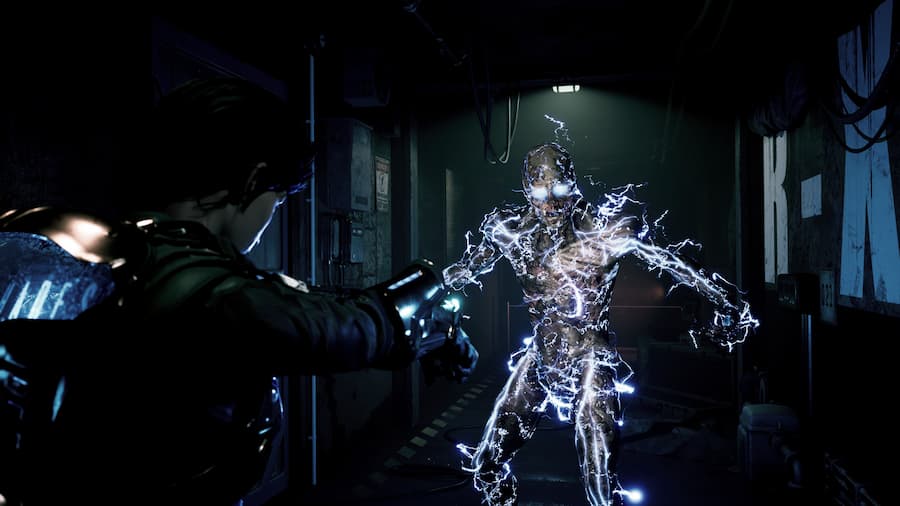 That new arm attachment comes in handy. Able to spray or shoot a bullet of freezing cold ice, not only can it be used to freeze enemies, it can also be used to put out fires and even solve puzzles. We encountered a locked door, for example, with three pipes seemingly pivotal to its operation. But they were overheating, and only by freezing them in the correct order could we get the door operational again. And we had to be fast, because as soon as we stopped spraying our icy-cold mist on them they started heating up again.

It’s safe to say we’re intrigued by Daymare: 1994 Sandcastle, even though it still seems rather rough around the edges. We hope there’s more enemy variety than what we’ve seen, otherwise the combat could get old pretty fast. With some strides being made over its predecessor though, this could turn out to be a decent survival horror game that borrows elements from the classics while also making its own innovations.

Daymare: 1994 Sandcastle launches later this year on PC. You can play a demo right now via Steam Next Fest.