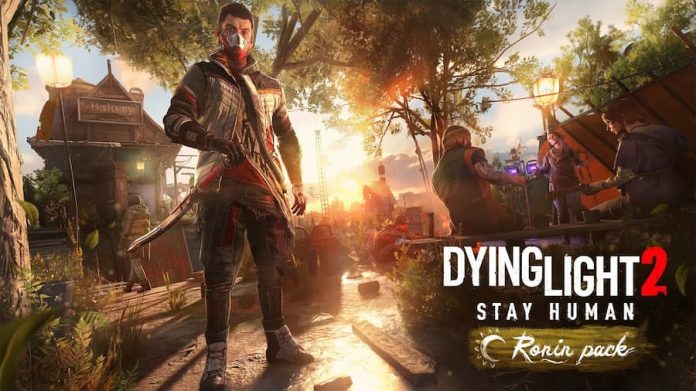 Techland has revealed that Dying Light 2: Stay Human’s next chunk of free DLC will be the Ronin Pack, featuring a new outfit and a new weapon.

Well, we say “chunk”, but Techland has adopted the slightly irritating practice of releasing these outfits in three distinct downloads, each spaced a couple of days apart. Yes, they’re free but there’s not really much point picking them up until all three parts are available.

Still, we have to admit that the pack, which comes with its own weapon, does look very cool. It reminds us of the outfits that the Ronin, Saints Row 2’s Japanese gang, wore. Though we assume that donning the outfit won’t end with you being put six feet under by Johnny Gat.

The curious thing about the choice of name is that “ronin” refers to a masterless samurai, one who (sometimes after the death of their patron) has no home or allegiance. That does describe Aiden at the beginning of the game, since he’s a pilgrim, delivering messages and packages for whoever pays. But the game itself makes you choose between which of two factions you support, so there’s no option to remain impartial.

Techland has stated the pack is coming soon and, since it has pledged to support Dying Light 2 for five years, you can expect quite a few free outfits to follow, alongside some paid DLC.

You can buy Dying Light 2: Stay Human on the Xbox Series X and Series S, PlayStation 4, PlayStation 5, Xbox One and PC. Check out our review here.