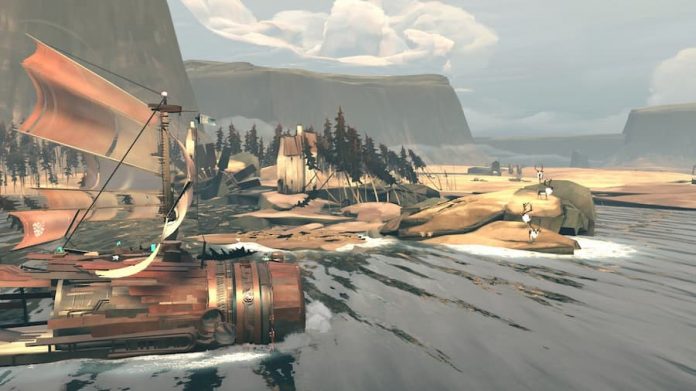 Far: Changing Tides is a solitary and monotonous affair – but there’s also something quietly lovely about that.

Quite honestly, life aboard a rickety steampunk ship, in a world where there’s seemingly no other human life as far as the eye can see, sounds very appealing right about now. A follow-up to 2018’s Far: Lone Sails, this ultimately uses the same formula, but where that had you crossing over barren stretches of land, Far: Changing Tides casts you out to sea. It doesn’t matter if you’ve played developer Okomotive’s first game or not; Far: Changing Tides is very much a standalone piece, and its reliance on the player learning the ropes as they go means it’s equally accessible to all.

There’s not a single line of dialogue in the entirety of Far: Changing Tides, spoken or written. Instead, your ears will be treated to a sumptuous soundtrack provided by Joel Schoch. Without instruction or hand-holding, you’ll naturally figure out what you’re supposed to be doing over the course of the game. Far: Changing Tides’ progression feels organic, with you quickly figuring out how to operate your ship and solve puzzles to progress to the next area. There are a few moments where you could possibly stumble, however, and for those it’s a shame there isn’t a ‘hint’ option in the menu to fall back on. But in the age of the internet, I’m sure you won’t be stuck for long.

The game ultimately revolves around controlling your ship. This isn’t simply a case of pushing R2 to go forwards and L2 to reverse. Every element of your boat needs to be manually operated. To begin with, that means manning the sails. You’ll need to raise them first, then anchor them to the hull. Then, you’ll need to keep adjusting them to ensure optimal speed so you’re hitting the wind just right.

It won’t be long until you’re given the ability to upgrade your boat. Don’t worry; upgrades come automatically as you progress; you don’t need to figure out how to install them yourself. The first major upgrade is steam power. Providing you have fuel – which comes in the form of scrap, fuel cans and old suitcases found floating in the ocean – you can load up the engine and keep pumping it to move forward. When you gain the submarine upgrade – which you’ll need to progress past a certain point – steam power is the only way to move your boat underwater. If you’re on the surface, you can choose between steam or sails. 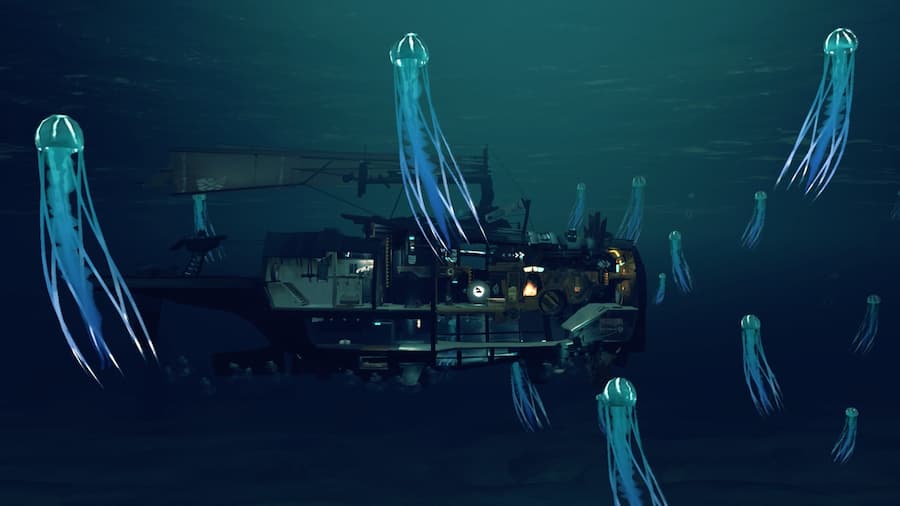 Both have their advantages and disadvantages. Fuel is not always easy to come by, and so if you’re on the open water opting to sail is often beneficial. But with your sails proudly out on your boat, you’ll need to pay attention to obstacles that stand in your way. They’re easily damaged, and you’ll need an oil can at hand to keep your boat in good repair.

When you’re not aboard your boat, you’re likely on ground at one of several obstacles you’ll come across over the course of your journey. Most usually, a door or other means of blockage is in your way, and you’ll need to figure out how to get your boat through. The puzzles are usually relatively simple to figure out; having few options means there isn’t much room for error. Each one is unique and pretty fun to work through, and it’s usually by completing these that you’ll be rewarded with a ship upgrade.

Your time is rather evenly split between being on your boat and puzzling your way through blockades, then. The time at sea can occasionally drag on a little, and keeping your boat moving can be fiddly, particularly when you opt for steam power. You’ll need to do a fair bit of jumping from one platform to another, which isn’t always that precise. It’s all too easy to fall down a gap rather than grab on to a ladder, say, and if you’ve left items like fuel laying around, you’ll likely get tangled up in them as you try to walk past. 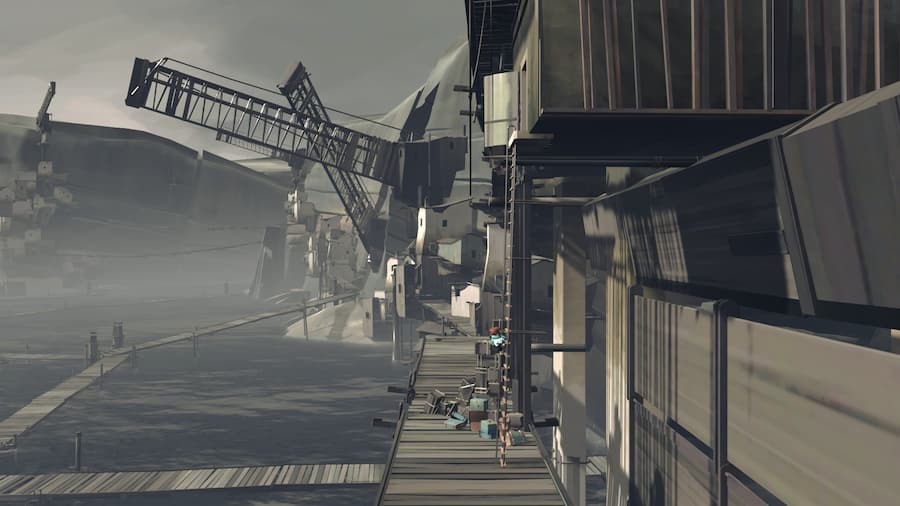 But those problems aside, Far: Changing Tides is a meditative and relaxing experience when it’s at its best. You can jump off your boat whenever you want, free to explore the oceans with no oxygen requirement necessary. Time it just right, and you’ll be lucky enough to swim alongside a giant whale, or through a sea of luminescent jellyfish. There are some gorgeous spectacles to be witnessed, real highlights of the game that make it shine that bit brighter. It’s just a shame that it can also look at bit drab at times, with a colour palette that relies too heavily on browns and greys.

Far: Changing Tides isn’t going to be for everyone. But if the idea of a quiet, lonesome adventure about keeping your boat moving forward puts wind in your sails, you’ll love it. There’s a wonderful soundtrack to enjoy, and the puzzles it presents to you are engaging and well thought-out. But sometimes it’s just a little too barren for its own good, and the awkwardness of controlling your ship can get in the way of its serenity.

This review of Far: Changing Tides is based on the PS5 version of the game, via a code provided by the publisher. It’s available on PS4, PS5, Xbox One, Xbox Series X/S, Switch and PC.