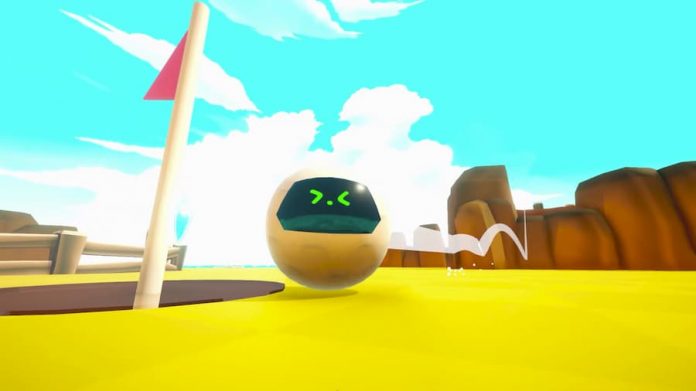 The concept of Golfie might be one of the most bizarre elevator pitches I’ve ever heard, but then that’s exactly what drew me to the game.

Described as a “run-based roguelike mini-golf deck builder” (!), at first glance Golfie feels like a standard mini-golf game. Line up your shot, add some power to your ball, and away you go. Except… there’s quite a bit more to it than that. Cards allow you to tailor your shot; basic cards add more power, spin or height to your ball, while other, rarer cards allow you to add a ball-magnet to the course, explode an obstacle on impact, and more. It’s an interesting concept, but I’m not quite sold on it just yet.

Like a standard golf game, each course in Golfie has a par. Putt the ball under par, and you’ll be rewarded extra coins, which can be spent on new cards. Go over par, and it doesn’t seem to matter – you’ll just miss out on a reward. Dotted around each course are pick-ups that give you extra cards. It’s worth trying to seek these out, as more cards in your deck means you have more opportunities at hand – but it also usually means going out of your way and using more shots. It’s a nice risk versus reward gamble, but in Golfie‘s earlier levels, it’s not often worth it, as little other than a power shot or a lob shot is rarely useful.

Being a roguelike, the goal is to complete as many courses as you can without failing. Knock your ball off the course one too many times and it’s game over; back to the start you go. In my first playthrough, courses did seem to get more complex as you progress, with you needing to navigate more obstacles – but since they’re procedurally-generated this could have just been a fluke. Typically, it’s not that challenging to putt the ball, even with a limited set of cards. It’s missing the nail-biting challenge that other deck builders like Slay the Spire grab you with. When you fail, it’s simply because you’ve flunked your shot too many times, not because you’ve come up against a great beast who absolutely floored you and your unoptimised deck.

While some of Golfie‘s cards add a nice twist to the minigolf genre – the ability to plant two portals to travel through can really change the outcome of a course, for example – its other roguelike elements feel a little too much like a gimmick to really make the game stand out. Chances are, you’ll get pretty far without really trying, and when you do die, you’ll probably have played enough that there’s no real draw to jump back in straight away.

Golfie has merits as an entertaining little golfing game – it’s got a cute and colourful chunky art style, and figuring out the best shot to take is fun – but I think the other elements need some work to truly draw me in. Developer Triheart Studio is still hard at work on the game, though; the preview build I’ve had my hands on is an early build, so everything is still subject to change. I’m interested to see how it develops, and I applaud the team on attempting a new take on the roguelike deck building genre – but I don’t think I’ll be replacing my Slay the Spire addiction any time soon.

See more about Golfie, or add it to your Wishlist on Steam 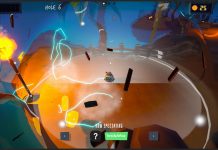