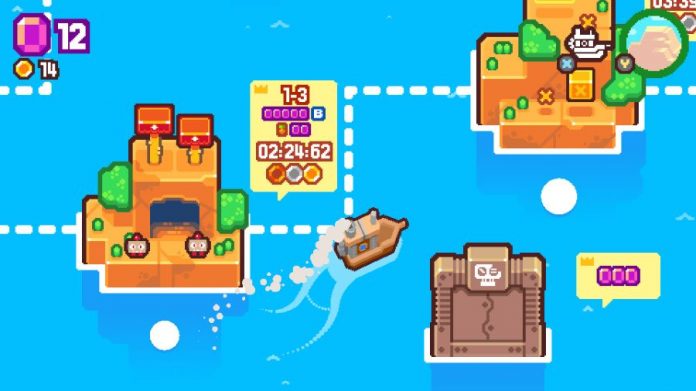 Grapple Dog is the secret lovechild of Bionic Commando and Sonic the Hedgehog.

At least, that’s the sentence that entered my head when I first got my hands on this retro-styled platform game. But then I started thinking about the actual fleshy offspring of such a union. Seeing Sonic kiss a human princess was bad enough, I don’t want to go any further down that nightmare hole.

Let’s just say that Grapple Dog takes the 90s platformer aesthetic and applies it to a modern, player-friendly framework. So you’ve got colourful, chunky levels and a funky soundtrack with the odd scrap of hip-hop thrown in there, coupled with pleasingly smooth gameplay.

One of my grumbles about the original Bionic Commando which, like Grapple Dog, sees you using a grappling hook, was that you could only fire at it certain angles. Here you can only latch onto blue blocks, but you can swing around to your heart’s content. The first time you use Grapple Dog‘s mystical hook you’ll end up flailing around like an idiot because you’ll undoubtedly underestimate how much control you have over his swinging speed. 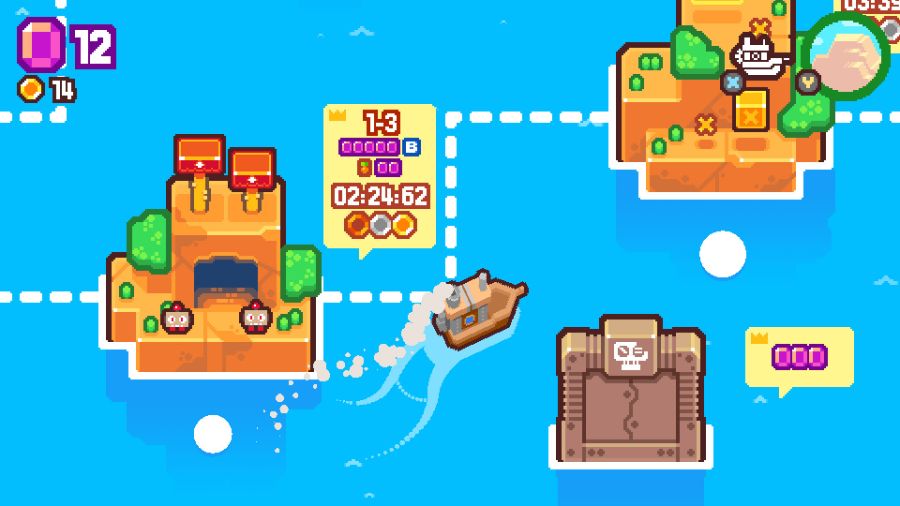 Speed is a big factor, in fact. Sure, there are enemies about, but sometimes the challenge is swinging just fast enough that you catapult yourself between two blocks without. Other times you have to maintain your momentum so that you can swing across a chasm without skewering yourself on the spikes below.

Throw in a heaping helping of wall-jumping and you’ve got a game that keeps you on your toes. Grapple Dog‘s soundtrack is so upbeat that you won’t hesitate to dive back in – and when you do finally make that jump, you’ll have a grin a mile wide. But when you a tackle a level a third time, it’s a little less entertaining.

Third time? Yes, and I’m not just talking about Grapple Dog’s excellent (and entirely optional) time attack mode. The problem is that Grapple Dog forces you to gather virtually every gem on each island and/or collect enough fruit before you’re granted access to each boss.

Yes, Sonic the Hedgehog used the Chaos Emeralds to block off the “best” ending, but that was strictly optional and you could otherwise play the game from beginning to end with no other roadblocks. But Grapple Dog forces you to revisit levels just to prove you’re worthy to progress, and it’s a baffling decision. 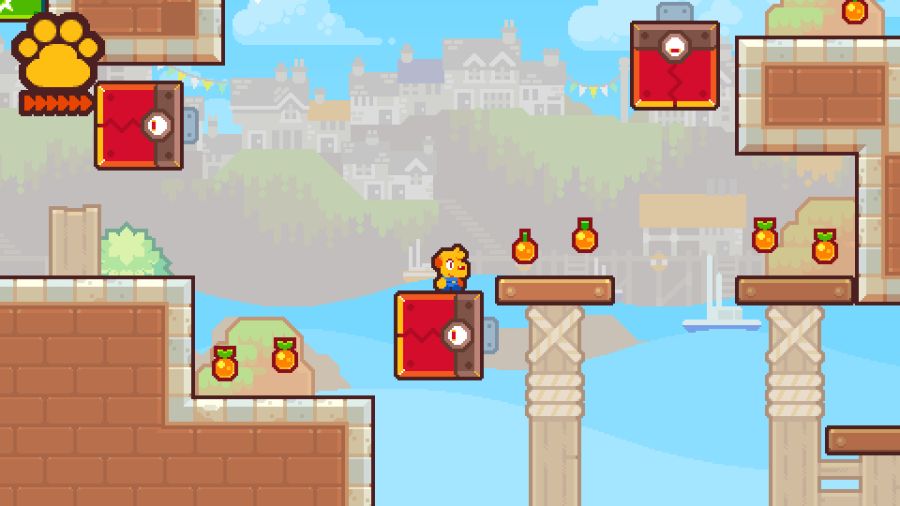 At it’s best (which is when you first hit a new level) Grapple Dog is an absolute joy. Pablo is an adorable protagonist and it’s one of the most appealing platformers I’ve had my hands on this side of Sonic 3. If you’ve watched Into the Spider-Verse and remember the “thwip and release” scene, you’ll understand just how satisfying it is to nail traversing Grapple Dog’s more challenging obstacles.

The game is clearly a labour of love and it shows, to the point where a sequel seems like a given. And so, if you’re prepared to look past Grapple Dog’s level gatekeeping, you’ll have a blast.

This review of Grapple Dog is based on the Switch version, via a code provided by the publisher. It’s available on PC and Switch.

Grapple Dog’s Demo Will Have You Absolutely Hooked