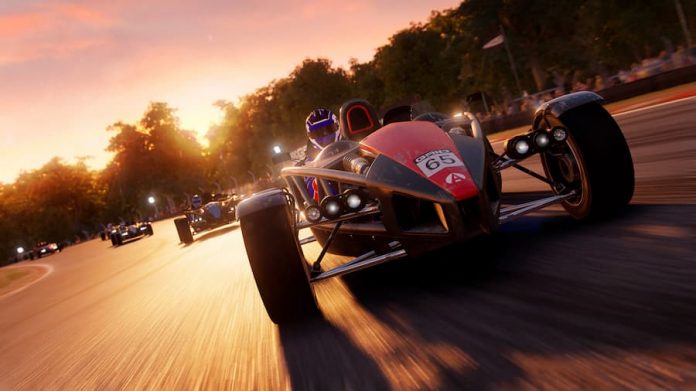 Building on 2019’s GRID, GRID Legends is undoubtedly the biggest and best entry in the series yet.

There’s one thing that GRID Legends gets right that really puts it ahead of the pack in some regards: the excitement and unpredictability of racing. 2019’s GRID did it too, but here things have been tweaked even further to put you on the edge of your seat. As you climb in and get behind the wheel of any one of the hundred or so cars found in GRID Legends and head to the track, you can be sure of one thing: you’re going to have some fun. Put it this way, this isn’t your Sunday drive to the shops.

Part of what makes GRID Legends so enjoyable to play is its handling, which strikes a fine balance between simulation and arcade. In fact, you could say that GRID Legends is the pinnacle of simcade racing. It pays to follow the racing line, especially if you’re playing on one of the harder difficulties, and you certainly need to slow down for corners, but you’re somewhat encouraged play fast and loose. A points system means you’ll be rewarded for getting the back end out and drifting, and you don’t need to be surgically precise with your movements. This is a game for those who like speeding around professional circuits, but with a little more pizazz injected into the affair.

The Nemesis system returns to add even more drama, with your competitors reacting to your actions on track. Crash into an opponent too often and their opinion of you will take a turn for the worse. On track, that means they might take the chance to swipe at you should you attempt to pass, and simply do their best to hamper your efforts for the podium. If you’re an aggressive driver, you might even find yourself with multiple nemeses, turning races into downright dirty affairs. And the rivalries can last for multiple events. It not only makes races more electrifying, but also adds a sense of consequence for your actions – something that’s missing in most racing games.

With GRID Legends being a racing game where contact is certainly on the cards, you’ll be happy to hear that its accidents are spectacular. Every once in a while you’ll have a near-miss that will raise the hairs on your neck. Or you might get caught in a multi-car pile-up. The AI here often makes mistakes, or falls victim to the aggression of another AI competitor, making each lap unpredictable. Turn on vehicle damage and these accidents become even more perilous and exciting. But it’s entirely optional; if you’d rather just see sparks fly and bits of bodywork ruined without the danger of your podium spot being threatened, that’s up to you. 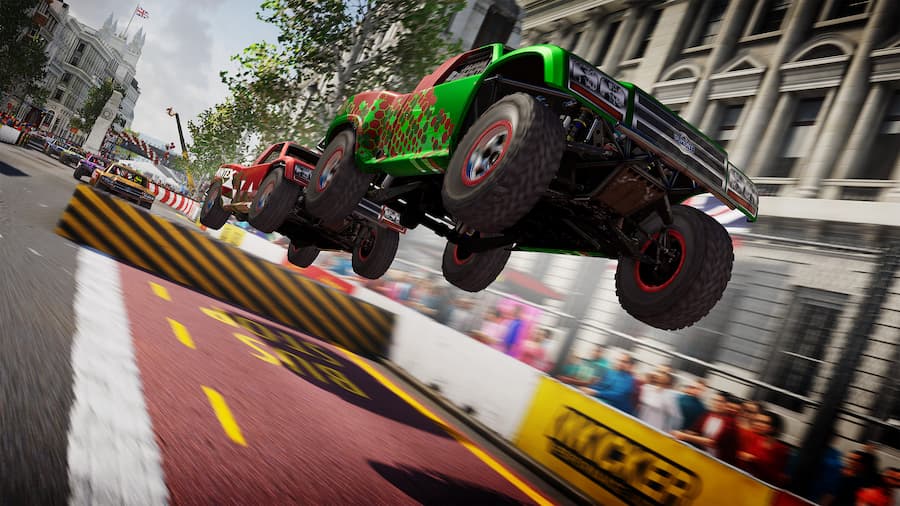 The core experience of GRID Legends, then, the actual act of racing, is brilliant. It’s just a shame that its range of modes doesn’t impress quite as much. Story mode “Driven to Glory” is a welcome new addition that presents players with over thirty events to play through, each with their own objective. Between races there are live-action story scenes, created using the same filming techniques that have brought the likes of The Madalorian to life. It’s just a shame that the acting is a bit all over the place, and that the barks during the events don’t always line up with the action. “Try to keep up with your teammate!”, you might be commanded, even though you’re already at the front of the pack by a fair margin.

Outside of the story mode, which will take a handful of hours to play through, there’s career mode. This provides the main meat of the GRID Legends experience, with an absolutely huge number of events to complete. You’ll start off in the rookie category, and by proving yourself you’ll progress to bigger and better things. Ultimately, your goal is to be able to take on and win The Gauntlet, but it’s safe to say that it’ll take you a while to get there. You’ll find yourself racing GT cars, trucks, open wheelers and a whole lot more. There’s a decent range of event types, too, including time trial, elimination and mixed class. But like in GRID before it, it can become to feel like a bit of an impersonal slog.

There are some new features found in GRID Legends to give your continued efforts a bit more meaning, however. As you put the miles in with your cars you can upgrade them, for example, and with the credits earned you can buy new ones. Your credits can also be used to unlock team and mechanic upgrades as you increase your profile level. Add in a range of sponsors that will provide cash bonuses should you meet their objectives, and there’s a bit more impetus to keep going back. There’s also the draw of the Race Creator, where you can create your very own bespoke events. With a massive range of variables, the results are practically endless.

It may seem largely single-player focused, but GRID Legends does cater to the multiplayer gamer too. A new hop-in system allows players to quickly take over control of an AI competitor in other players’ races, although in our experience it’s a bit hit-and-miss. Thankfully there is the option to view a server list and join games from there, or also create your own events for others to join. If you’re into serious online racing then what’s provided here may not impress, but many will find it competent enough. 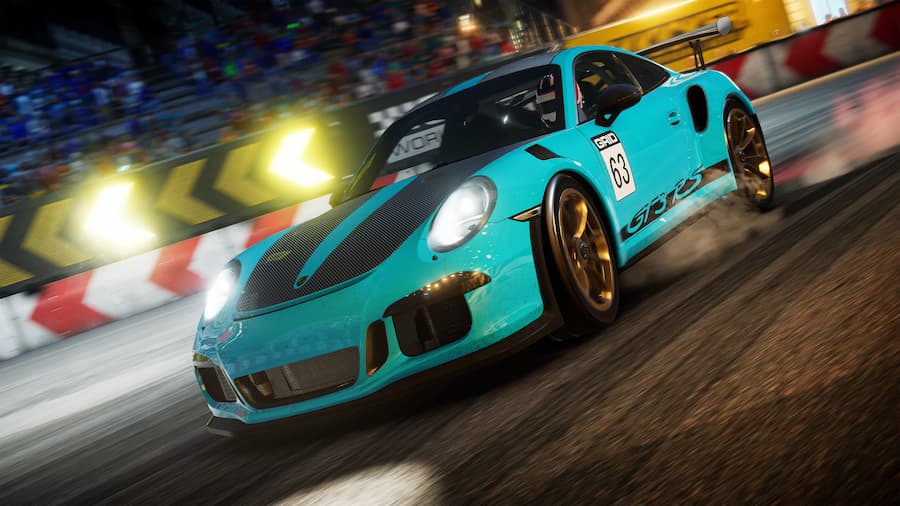 On the technical side, we’ve been playing the PS5 version of GRID Legends for review, and performance has been flawless. At least in the standard 60fps mode, anyway. A 120fps mode is available for those with TVs snazzy enough to support it. Loading times are quick, and there’s decent DualSense support, leading to a pleasing experience all around. It has to be said that GRID Legends looks truly wonderful at times, too. Rarely, if ever, does it shout, “this is next-gen!”, but when its weather system, lighting and detailed tracks all perfectly align, you can’t help but be impressed with the eye-candy.

With GRID Legends, Codemasters has delivered one of the most generous and inclusive racing games of recent years. Though while its moment-to-moment action is pretty much second to none, its career mode just doesn’t quite get its hooks in you like it should. Throw in limited multiplayer offerings, and you have a racing game that’s great but not spectacular. If you want to fling cars around a whole load of city-based tracks and gleefully trade paint with your competitors, this is the racing game for you. Just don’t go in expecting to get all that invested in your career exploits.

This review of GRID Legends is based on the PS5 version, with a code provided by the game’s publisher. It’s available on PS4, PS5, Xbox One, Xbox Series X/S and PC.