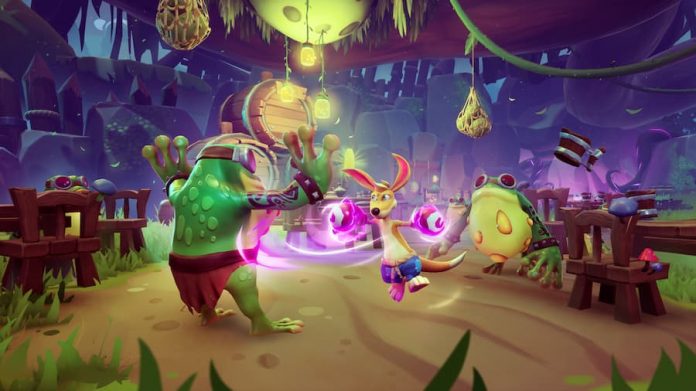 I didn’t play Kao the Kangaroo when it first released back in 2000. But jumping into a demo of its reboot, due to release this summer, it doesn’t matter.

Kao the Kangaroo was undoubtedly overshadowed by the likes of Crash Bandicoot, Spyro the Dragon and Croc, and their multiple sequels, all releasing around the same time. The fact that the first game only ever released on Windows PC, Dreamcast and Game Boy Advance surely gave it a disadvantage, too. Its sequel, Kao the Kangaroo: Round 2 did make its way to Xbox and PC in 2003, but it was met with middling reviews. But now, the kangaroo that wears boxing gloves is being given another chance to shine, thanks to an all-singing, all-dancing remake.

We’ve been hands on with a level from the game, which allowed us to spend about half an hour exploring the world, punching the lights out of enemy frogs and collecting more pick-ups than we could shake a stick at. Yes, this is a collector’s dream; we counted no less than seven different types of collectibles. *Deep breath* there’s K-A-O letters to be found, coins, scrolls, gems, runes, extra lives, and quarter heart containers. Find four of the latter, and Kao gets a permanent health upgrade. Others are simply for the completionists out there, with so many to find in each level. You’ll ultimately be compelled to replay in order to find everything, if that’s your style.

We daresay replaying won’t be too much of a hardship either, since the level we’ve had our red, punchy mitts on has been a lot of fun. It looks great; as crisp, sharp and colourful as you’d expect a 3D platformer to look in 2022. And controlling Kao is a joy. He’s responsive, fast, and has an excellent repertoire of skills up his sleeves. Well, he’s shirtless, so he doesn’t have sleeves, but you know what we mean. He can jump, double jump, punch, slide, spin attack and more – it means that getting around Kao the Kangaroo‘s world, and taking out its enemies – largely frogs, in the level we played – is plenty entertaining. Kicking, jumping and spinning from one enemy to the next is a real thrill, and cleaning out a busy area takes no time at all.

That’s not to say that Kao the Kangaroo is a cake-walk. Moreso than some other games of its ilk, Kao‘s world is filled with traps and obstacles out to get you. There are platforms hovering above lakes of acid, for instance, that if you stay on for just a second too long you’ll fall to your death below. And destructible boxes – typically filled with coins and other goodies – may sometimes be explosives in disguise. Oh, and did we mention that Kao’s gloves are magical? Sometimes you’ll need to hit glowing switches, which makes mystical platforms appear for a time. Make sure you get where you’re going before the timer runs out, else you’re probably going to fall to your death. Again.

But Kao the Kangaroo‘s engaging level of challenge isn’t the only thing we like about this modern reboot. Its 3D levels aren’t exactly open, but they do allow for some exploration off the beaten path. Slide under a gate, for example, and you might find a hidden treasure chest. And those huts that look like set decoration and nothing more? Knocking down their doors will reveal some goodies inside, ripe for collection. Sure, you can run through and ignore optional collectibles if you wish, but where’s the fun in that?

Kao the Kangaroo is scheduled to release on PS4, PS5, Xbox One, Xbox Series X/S, Switch and PC this summer. If you’re a fan of 3D platform games, we’d suggest you keep your eyes on this one. If you feel like trying it out for yourself, there’s a demo available now as part of Steam’s Next Fest. 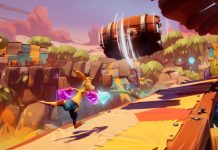 Tips for Playing Kao the Kangaroo