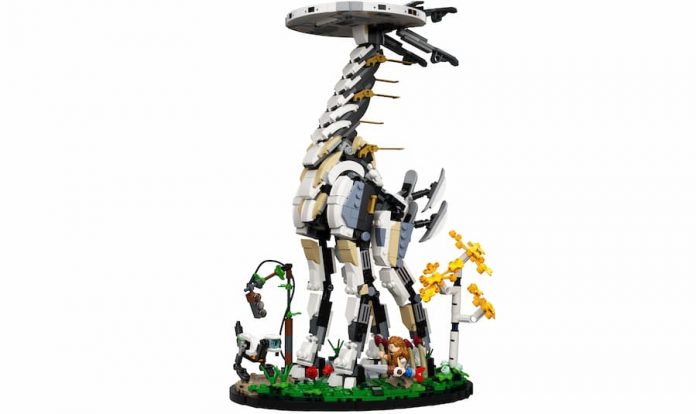 Perhaps one of the most iconic mechanical creatures found in Horizon Zero Dawn and its upcoming sequel, Horizon Forbidden West, the Tallneck is getting the LEGO treatment.

Set to release as part of LEGO’s new and very popular 18+ range, the LEGO 76989 Horizon Forbidden West Tallneck set is the result of a collaboration between the Danish brick company as well as PlayStation and Guerrilla games. And we have to say, the result is very impressive.

Assembled from 1,222 pieces, the LEGO 76989 Horizon Forbidden West Tallneck is 13.5 inches high when built, and packs in loads of detail. Intended as a display model, it comes with a nifty stand which not only features some decorational foliage, but is also a great place to pose the included Aloy minifig and Watcher minibuild. That Watcher has a choice of red, blue or yellow eyes, too.

Isaac Snyder, Designer at the LEGO Group, had this to say about working with Guerrilla on the set:

“The Guerrilla team is incredibly passionate about the world of Horizon Forbidden West and were a huge help in ensuring we were able to create an authentic representation in LEGO form… Our hope is that everyone building this model has as much fun as we did designing it.” 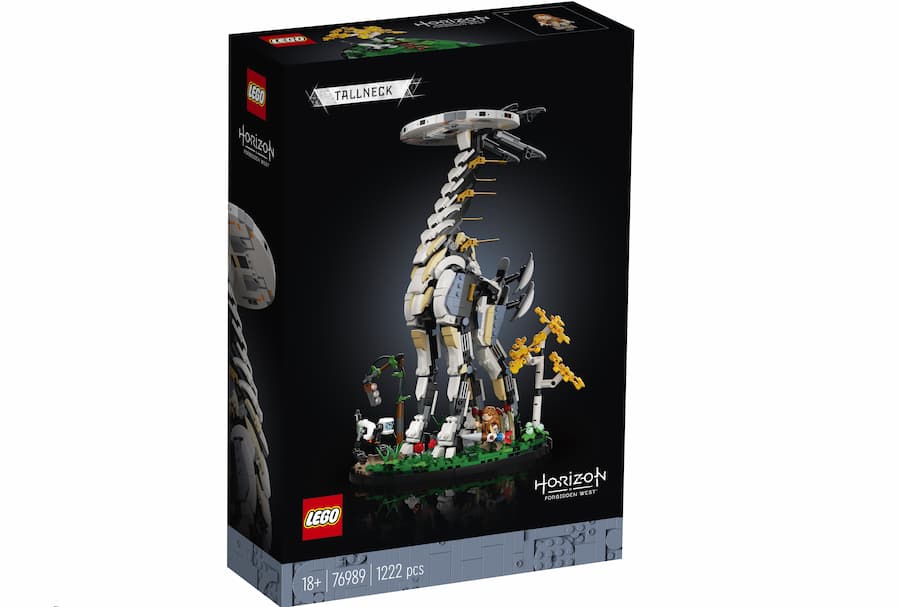 The LEGO 76989 Horizon Forbidden West Tallneck set launches this May. It has an RRP of £69.99, which is not bad at all for a set with over 1,000 pieces. You’ll be able to find it on the LEGO website closer to launch. Until then, check out the reveal video below.

If you want more on Horizon Forbidden West, you can read our review of the game by clicking here. It launches on PS4 and PS5 this Friday. 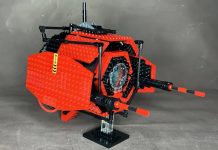