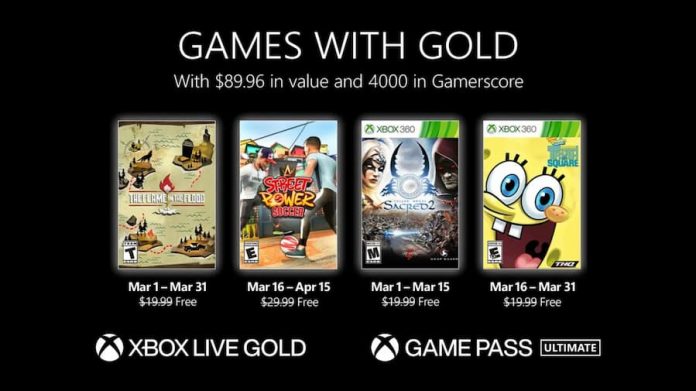 This month’s Xbox Games With Gold collection isn’t anything worth shouting from the rooftops for… but it is at least four more games to add to your library.

If you’re an Xbox Live Gold or a Game Pass Ultimate subscriber, Games With Gold means that you get four games, each month, to download and add your library at no extra cost.

From March 1st, here are the four games you’ll be able to claim as part of Games With Gold:

We really liked The Flame in the Flood when it first released. In our review, we said it “…successfully captures the intricacies of a better class of survival games and wraps them in a very neat, very pretty package, complete with an awesome alternative-country soundtrack”. That’s high praise indeed. But this game came out five years ago, in January 2017, so there’s a high chance you’ve already played it if it’s something you’re interested in. Still, if you somehow haven’t, it’s certainly the best game of this month’s Games With Gold offerings, and one worth adding to your collection.

Elsewhere, Street Power Soccer allows players to engage in an arcade-style game of street football. It’s a quick-action game, without all the nitty-gritty of league politics of Fifa et al.

Sacred 2 and SpongeBob’s Truth or Square are both Xbox 360 games, playable on newer consoles via backwards compatibility. Sacred 2 is an action RPG, and Truth of Square is a 3D platforming game featuring your favourite yellow sponge.

Make sure you download February’s remaining Games With Gold titles before February 28th. You’ve got just a few days left to add Broken Sword 5: The Serpent’s Curse (an excellent game!) and Band of Bugs to your library.