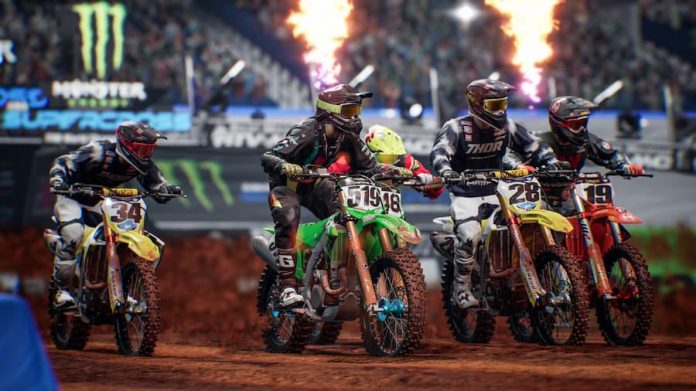 Set for release on 17th March, Monster Energy Supercross 5 has all that you’ve come to expect and little else. You get your campaign, quick race mode, online multiplayer, track builder and free roam, with only a new Futures Academy mode really setting this year’s serving apart from the last. Though that’s not to say it’s a bad offering – fans of the sport will get enough out of it.

The preview build we had access to let us loose with the 450 and 250 supercross bikes of our choice, and any of the game’s tracks. We were, however, limited to quick race events, but it gave us enough opportunity to test the game’s enhanced handling and physics, which do indeed impress. This feels like the most responsive Monster Energy Supercross game yet, with your inputs feeling more accurate than ever. The result is an experience that’s simply more enjoyable and rewarding.

With additional assists to help newcomers and those struggling to get into the flow of things, Monster Energy Supercross 5 aims to be the most accessible and inclusive entry in the series as well. While veterans are likely to want to turn things like Rewind and Automatic Weight Jumping off, they’re hugely beneficial to those finding their feet and who require the odd crutch. The AI seems a bit fairer this time around, too.

To further compound Monster Energy Supercross 5‘s welcoming nature, Futures Academy mode offers a selection of Introductory, Advanced and Theory lessons for those seeking to master every aspect of the game. It’s a bit crazy that it’s taken five iterations of the game for such a mode to exist, really. But it’s better late than never. 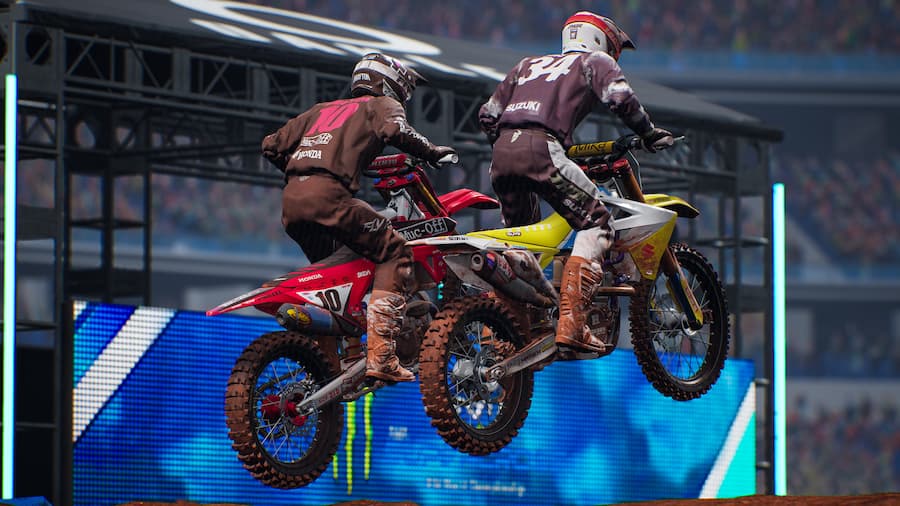 Those whose eyes like to be pleasured by coloured assortments of on-screen pixels will be happy to hear that there’s an incremental improvement in that department, too. Last year’s Monster Energy Supercross 4 was a pretty good looking game, and Monster Energy Supercross 5 seems to look a teeny bit better. There’s certainly more fluidity to the animations. It’s the redesigned menus and on-screen display that have impressed us the most though, giving the game a more colourful and premium feel.

We obviously need to go hands-on with Monster Energy Supercross 5‘s career mode and multiplayer options before we make a final verdict, but our first impressions are very positive indeed. By focusing on improving on the on-track experience, Milestone may have just given the gameplay the boost it needed to really engage supercross fans. And additional help for those who need it should open the door for some newcomers, too. Throw in other new features such as split-screen multiplayer for the first time, and this might prove to be the most notable Monster Energy Supercross release since the series began.