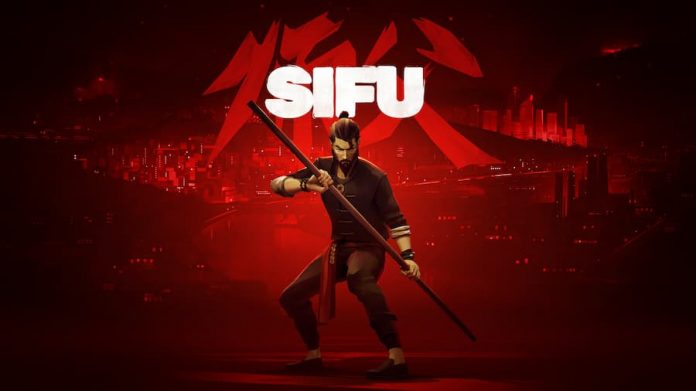 Like all the best martial arts movies, Sifu has a story driven by revenge.

As a child, you can’t really do anything to prevent your father from being murdered in front of your very eyes. There’s not much you can do when you’re attacked and left for dead, either. But now, at the ripe of age of 20, and having trained for years in the devastating techniques of Pak-Mei Kung-Fu, it’s time to bring those who attacked you all those years ago to justice. But it’s not going to be easy.

You have five targets all in all, each hidden away in the corners of the city. One by one you must hunt them down, defeating their countless cronies along the way. But you’ve only got one day to get it done. It’s a tall order, but with persistence and the aid of a mysterious talisman, you might just stand a chance.

The opening scene of Sifu may leave you with a false sense of security. You’ll battle your way to an abode, taking down any who stand before you with relative ease. Your powerful punches and kicks make short work of your enemies, either knocking them out, or putting them in a broken state where you can perform a snazzy finisher. But then the real game begins, and it soon dawns on you that you’re in for one hell of a fight.

Operating from a hideout, you’ll find that only one location is available to you when you first start Sifu: The Squats. You can head straight there if you want, or you can instigate a practice session near some apparatus, peruse a literal skill tree, or cast your eyes over your detective board. Sonner or later though, you’re going to want to crack on with things and enter The Squats, and that’s when you’ll realise that this is a game that pulls no punches. 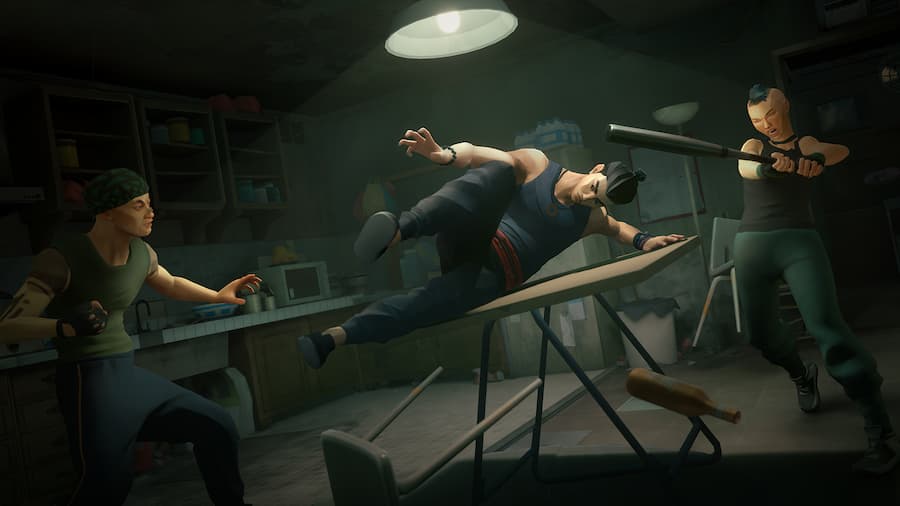 In case you aren’t aware, Sifu is a roguelike. That means it’s very challenging, and you’re not expected to just breeze through it in one go. As you make your way through The Squats, you’ll find yourself up against increasing waves of resistance. One-on-one fights against lowly grunts soon become a distant memory as you encounter what can only be described as small armies out for your blood. There might even be one or two mixed among them that are formidable warriors, too. And so by the time you’ve battled your way to the boss of the area, one of your key targets, chances are you might already be quite weary. And old.

You see, Sifu has a unique approach to failing in combat. Like in most games you have a health bar, and if it’s fully depleted by enemy strikes, you find yourself down for the count. But you don’t have to give up. Thanks to your mysterious talisman, you can get back up and continue your fight, but each time you do so you’ll age. Fail once and when you get back up you’ll age one year. Succumb to enemy attacks a second time and when you get back up you’ll age two years. Fail regularly, then, and you can soon find yourself becoming a very old man. Age enough, typically around 70 or so, and your mysterious talisman will lose its power. At that point, failing one more time will result in your journey being over; your quest for revenge failed.

Sifu does throw you some crutches, though. If you beat the first area, for example, you’ll be able to continue the game from the second at any point in the future, albeit at the age you reached it. And the same goes for the other three areas after that. Defeating some enemies will also reduce your “Death Counter” by one, meaning if you do fail you won’t age by quite as much. Even better, there are numerous shrines to discover as you make your way through each area, each offering you the chance to boost your abilities. Some are locked off when you reach certain ages, however, while others require you to attain certain score targets or spend valuable experience. But when you’re in a bind, it may well be worth 1,000 experience points to reset your death counter to zero.

Of course, experience is best spent expanding your repertoire of kung fu skills. Once again Sifu innovates, with a system that limits what skills you can learn depending on your age. At least initially, anyway. Certain skills can only be unlocked when you’re young, and by expanding your move set you’ll find the gameplay of Sifu ever more rewarding. Over time, you’ll learn how to get the most out of the weapons you pick up along the way, and how to capitalise on your opponents’ weaknesses. Though even when you don’t have any skills unlocked the combat of Sifu is still surprisingly deep. 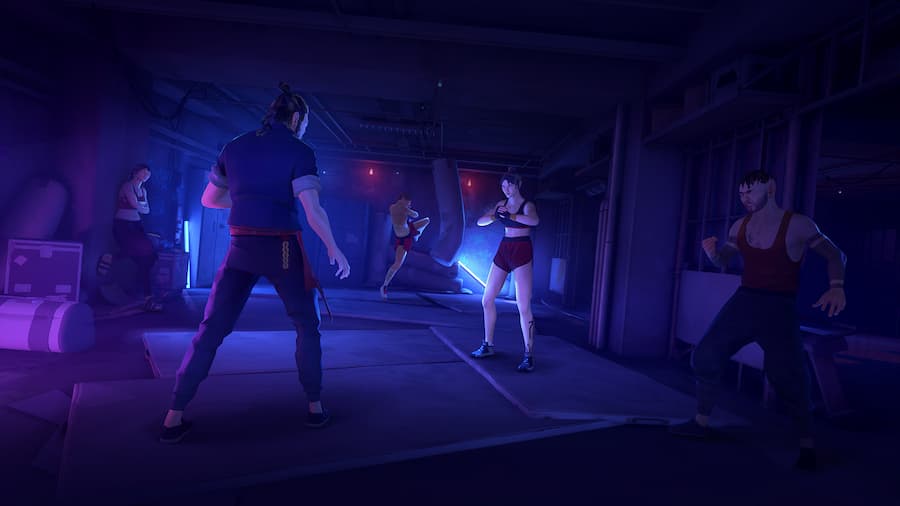 You have access to strong and light attacks, but you’ll need to carefully strike a balance between offense and defence. Your attacks are great for whittling away at an opponent’s health, but it’s important to dodge and deflect any attacks thrown your way as well. Dodge or deflect an attack, and not only will you expose an opening to capitalise upon, but you’ll also deplete your opponent’s structure, possibly putting them in a state where you can perform a fancy finishing manoeuvre. By unlocking new skills it becomes easier to overcome your opponents, but to keep them permanently, you’ll need to invest serious experience.

One aspect of Sifu‘s combat that does feel a little superfluous is the use of Focus. Numerous Focus Attacks are available to unlock and learn, and while they are indeed useful, the fact that you need to prioritise increasing your Focus gauge at any shrines that you find to make use of the majority of them is unfortunate. Why would you want to increase your Focus gauge when improving the amount of damage you deal with weapons is much more useful in the long run?

The general difficulty of Sifu is also likely to put some players off. It really is tough, especially when you start, and there are considerable difficulty spikes to overcome along the way. The saving grace is that it’s genuinely fun to play even when you’re revisiting an area for the nth time. And if you do manage to make your way though an area and complete it at a younger age than you’ve previously managed, you can then start the following area at that younger age. The detective board, too, is hugely beneficial to your cause. Take the second area, The Club, for instance: once you’ve found a security card it’s added to your detective board for future use, allowing you to skip a considerable chunk of the area the next time you go back to it. 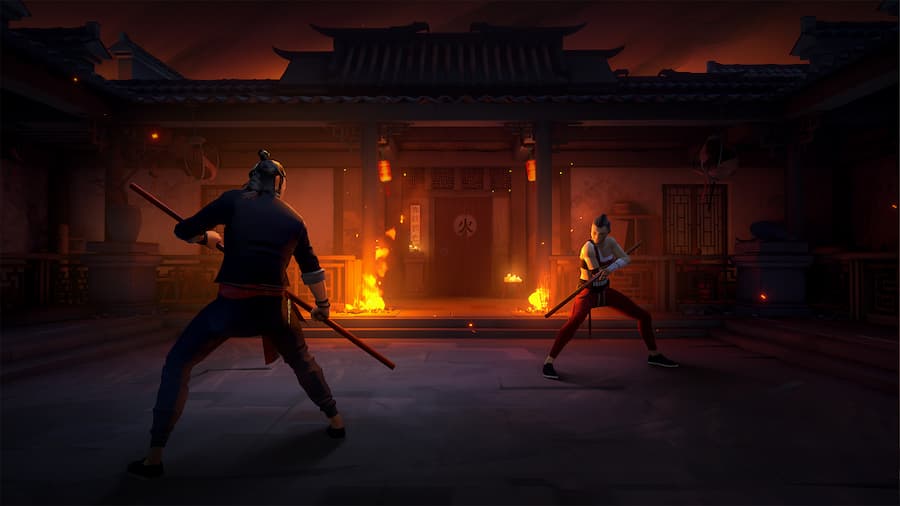 While it’s obvious from screenshots that Sifu has a wonderful art style, what’s not so obvious is that it also has a great soundtrack and makes fantastic use of the PS5’s DualSense controller. Ambient sounds play through the controller’s speaker, immersing you further in each area you visit, while haptic feedback is excellently employed to make you feel every blow. Though there’s one section in particular that impresses where the vibration becomes part of an audio-visual show. If there’s one thing that Sifu is, it’s stylish.

With Sifu, developer Sloclap has delivered one of the most striking and original roguelikes we’ve ever had the pleasure of playing. Like the process of actually learning a martial art, this is a game that requires practice and patience – and the rewards speak for themselves. The first time we encountered a key target, for example, we aged so much that we died and had to try again. And when we did finally manage to beat him, we did so at an age in the 50s. But after yet more practice, we later returned to emerge victorious in battle at the fresh age of just 21 years old, which set us up with a much better chance of overcoming the other targets on our list. It’s achievements like this that spur you on, giving Sifu a kind of magnetism that’s rarely found elsewhere.

This review of Sifu is based on the PS5 version, with a code provided by the game’s publisher. It’s available on PS4, PS5 and PC. 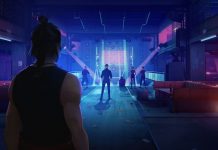 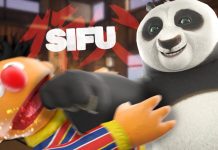