With today’s announcement of a Horizon Forbidden West LEGO set incoming, it has us thinking about all the other excellent gaming-themed LEGO sets out there.

LEGO is no stranger to creating sets based on video game franchises. We’ve had Minecraft LEGO sets for some years now, and we’ve even had two waves of Overwatch sets. But with Super Mario sets, Nintendo sets, a Sonic the Hedgehog set and now a new set based on a Sony property, LEGO seems to be leaning into it more and more. And we couldn’t be more excited.

Join us as we look through eight of the best gaming-themed LEGO sets ever released. Most of these are still available to buy from LEGO.com today, but others have been retired, so can only be purchased from resellers. 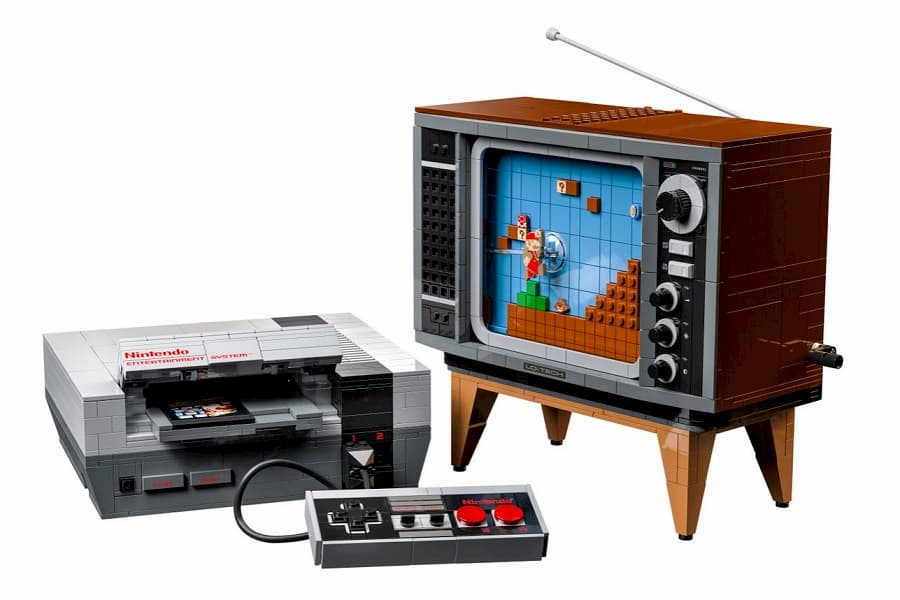 A NES made out of LEGO! Can you think of anything more wonderful? Actually, we can: a NES made out of LEGO that comes with a TV set (also made out of LEGO) that displays a brick-built Super Mario level on it. This really is one of the best gaming-themed LEGO sets of all time – and we don’t think LEGO will be able to beat it any time soon. Yes, it’s a little on the pricey side, but if you can afford it, it’s worth having. You can even build a games cartridge to feed into the console. Everything about this set is just perfect. 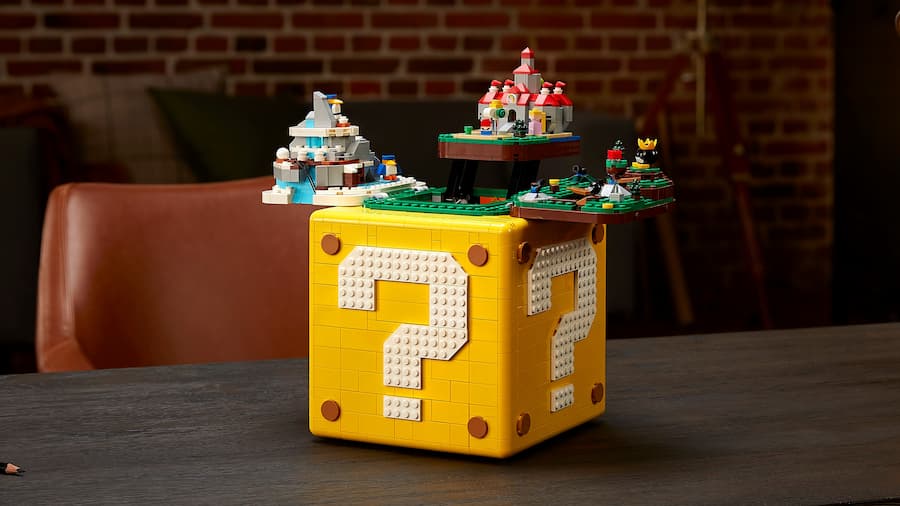 Almost as perfect as the LEGO NES is the LEGO Super Mario 64 Question Mark Block. At first glance, it’s rather unassuming. A neatly-constructed yellow block, adorned with a ‘?’ on each side. But… it hides something rather special inside. Flip the top of the block and a diorama of worlds from Super Mario 64 will pop out. There’s Princess Peach’s castle, Bob-omb Battlefield, Cool, Cool Mountain and Lethal Lava Trouble. And each one even has gold stars hidden around, waiting for Mario to find them. You can read our review of the set by clicking here. 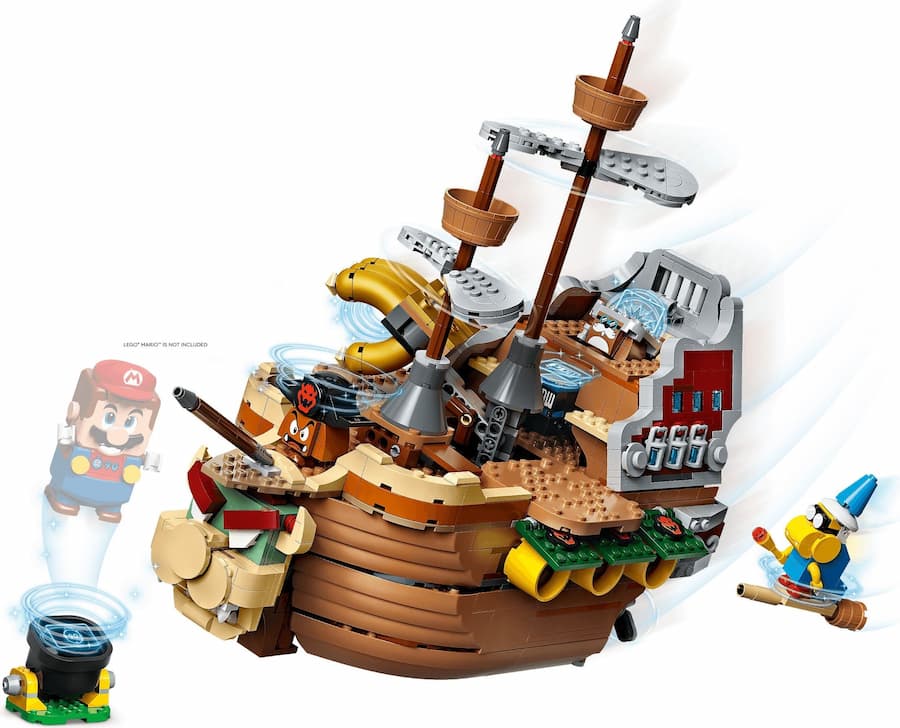 The LEGO Super Mario range is rather extensive now. Starting with a Starter Pack containing either Mario or Luigi, you can build your own play course featuring many iconic scenes from Super Mario games. One of our favourites has to be Bowser’s Airship, which just looks wonderful. It folds out, too, revealing more detail inside. From the cannons on the side to Bowser’s face at the bow, it captures the spirit of Bowser in just about every way. 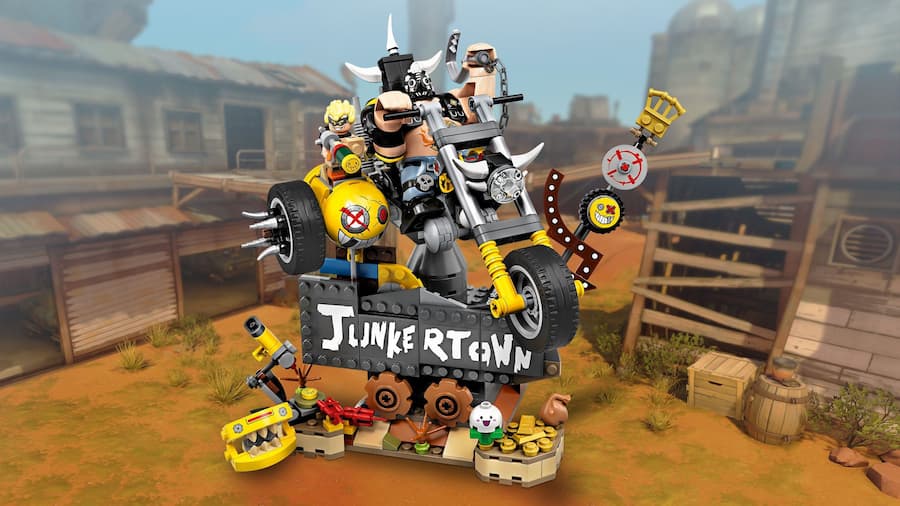 One of our favourite sets from all the LEGO Overwatch range just has to be Junkrat & Roadhog. At 380 pieces, it’s not the biggest set, but thanks to a ‘Junkertown’ stand to place Roadhog’s bicycle on, it’s one of the most brilliantly formed. It also comes with a ‘big fig’ for Roadhog which, if you know anything about LEGO, you’ll know are particularly sought after. It’s a great addition to any gaming room or desk display. 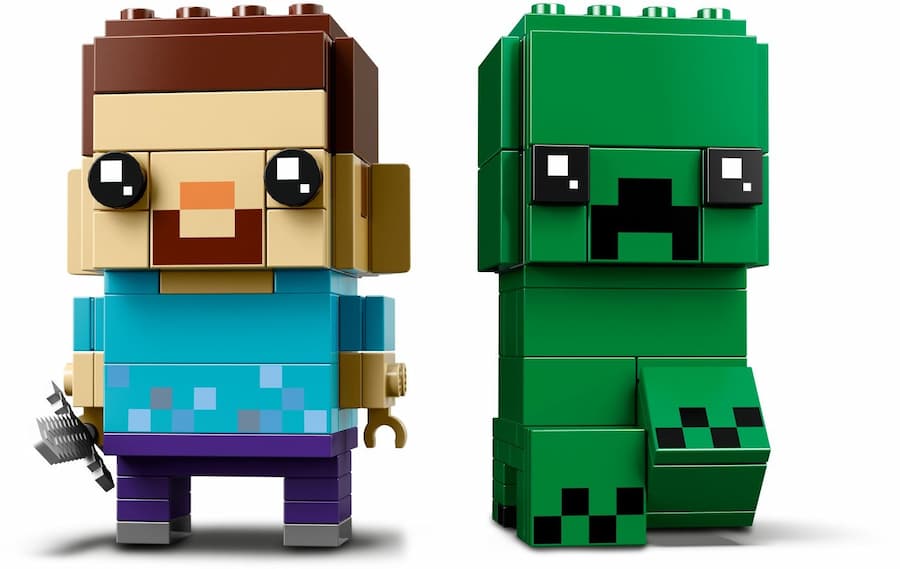 There have been a lot of LEGO Minecraft sets over the years – we’ve got another one further down this list, in fact – but one of our favourites is this BrickHeadz pair of Steve & Creeper. Sadly, it wasn’t around very long – it retired after just four months on store shelves – which means it’s worth quite a bit more than RRP now if you were lucky enough to get one. Still, Minecraft characters are made of blocks to begin with, so they look perfect made out of LEGO, making this one of the best gaming-themed LEGO sets of all time. 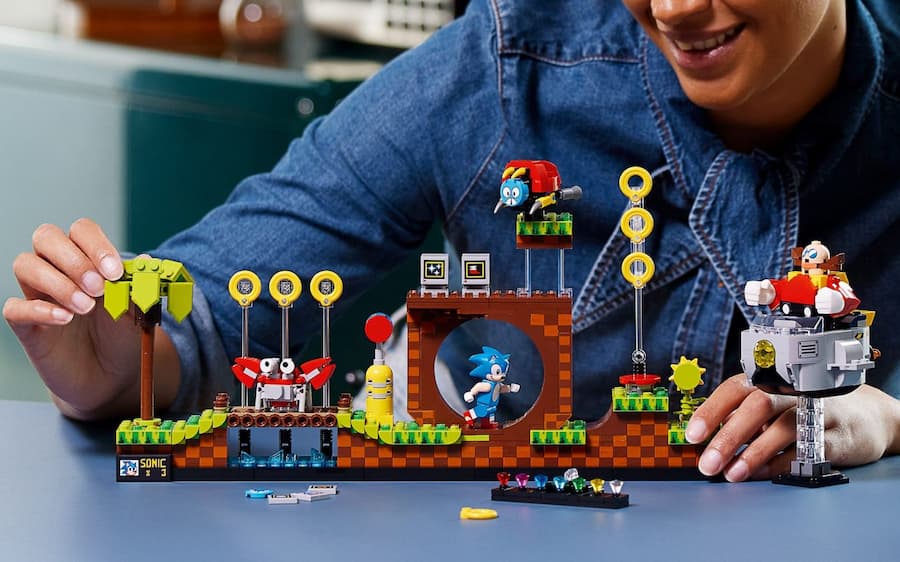 One of the newest sets on this list is also one of the best gaming-themed LEGO sets ever made. It’s Sonic the Hedgehog’s Green Hill Zone, and it’s absolutely wonderful. It’s been designed as part of LEGO’s Ideas range, which means it started life as an idea from an amateur set designer. They’ve captured the spirit of Sonic down to a tee – there’s also a brick-built Doctor Robotnik, because of course there is. 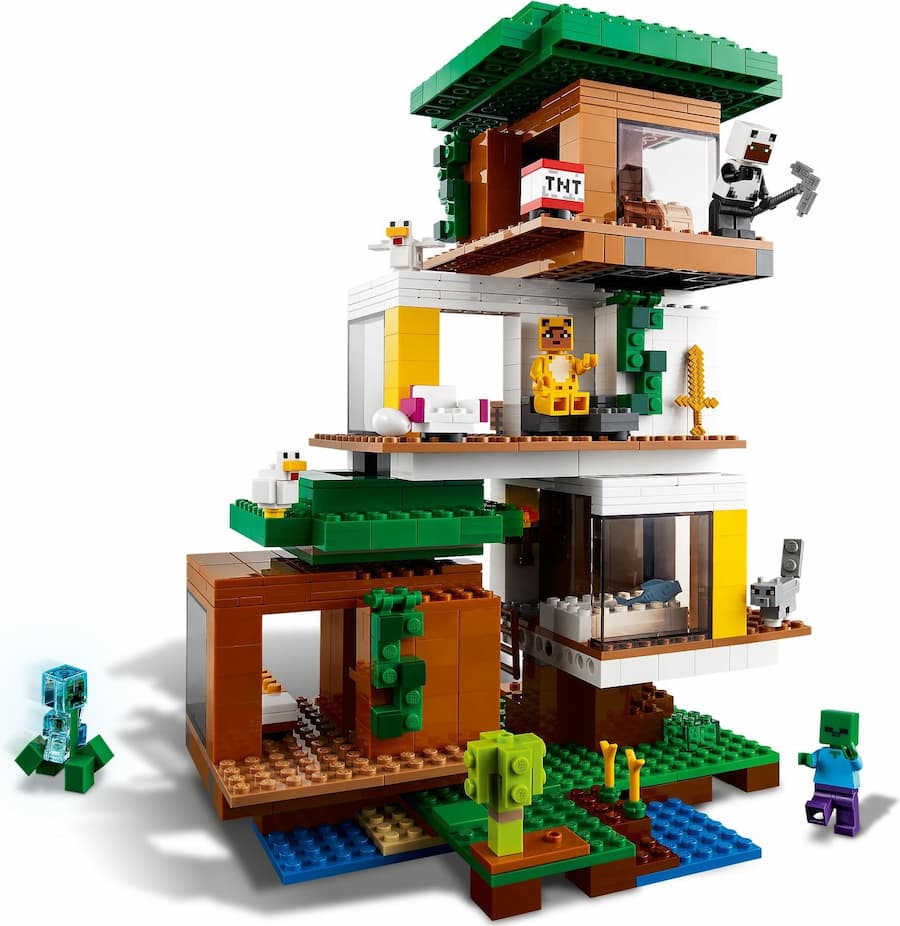 Okay, there’s a lot of Minecraft LEGO sets we could have picked, but we’ve opted for The Modern Treehouse because we love how tall it is. It’s iconic. It’s colourful. It’s packed with lots of Minecraft characters. Even better, you can build the treehouse however you see fit – you don’t have to follow the instructions to a tee; each modular section cab be placed wherever you like. That’s the sort of creativity that Minecraft and LEGO are both known for. It is a little on the pricey side, however, at £104.99. Still, it’s one of the best gaming-themed LEGO sets out there, particularly if you’re into Minecraft.