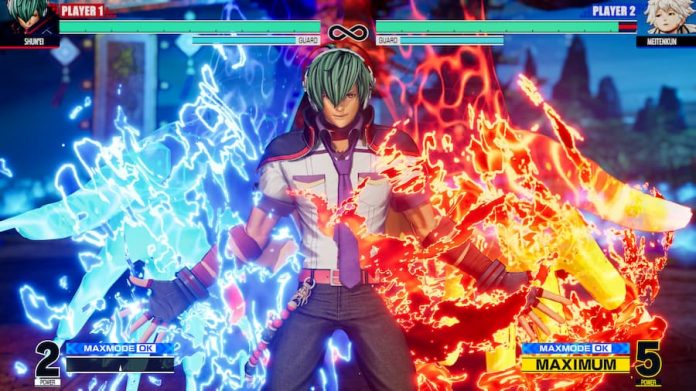 It may not have broke the mainstream like some other fighting game series, but the solid gameplay and eccentric cast of The King of Fighters has garnered it a legion of fans over the years.

The latest is the 15th (!) mainline instalment, and the first to land on what are now current-gen consoles. Featuring a whopping 39 fighters, it puts many of its peers to shame when it comes to launch rosters. But does The King of Fighters XV do enough overall to stand against solid competition such as Guilty Gear -Strive-, Mortal Kombat 11 and Street Fighter V? It depends what you’re after, really.

In terms of modes, The King of Fighters XV doesn’t offer a great deal for those who just want to fight against the CPU. Story mode is essentially arcade mode – something you’ll sit down and complete in one sitting, though you might return to play with different characters to unlock additional endings. Other than that, on your own you’re going to be spending time completing missions, training, or playing against the CPU in versus mode. It’s a real shame that modes such as Time Attack, Score Attack or Survival haven’t been included.

Those who plan on spending most of their time playing The King of Fighters XV online, however, will be in their element. Ranked and Causal matches are available, and players can also create rooms where they’re in full control of match parameters. Even better, thanks to the implementation of rollback netcode, fights are fast, fluid and generally free of issues. When you have a particularly impressive bout, you can even record it to rewatch later.

But what about the gameplay itself? Solid netcode is pointless if doing battle isn’t fun. Anyone who’s already a fan of The King of Fighters series won’t be disappointed. While the bright and crisp visuals are rendered in 3D, the gameplay remains on the 2D plane. In nearly all modes, battles play out via three-on-three teams, with the first team to obliterate all three fighters in the other team declared the victors. Very little has changed, for better or worse. 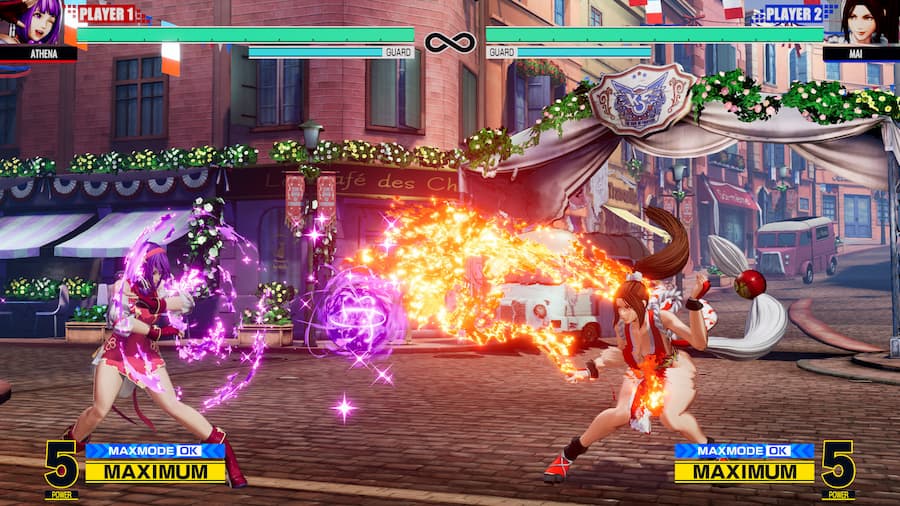 As ever, players have access to light and strong punches and kicks, and by using them in conjunction with circular movements on the d-pad, special moves can be performed. It’s likely to be old news to anyone that has played more than a few fighting games in their lifetime, but why change what isn’t broken? Besides, there are some additional manoeuvres that spice the action up.

The Rush feature returns, for example, allowing players to easily perform combos by simply mashing the light punch button. Should they have some charge in their power gauge, one of numerous Super Special Moves will also be performed to end it. Add in Emergency Evasions, Blow Back and Shatter Strike attacks, and more, and you have a game that’s easy to pick up but has a high skill ceiling.

With so many characters available, it’ll take you a while to try them all and compose your own dream team. It’s a fun process though, and some of the designs here really are fun and stylish. When it comes to the female fighters included, however, there’s plenty of leg and cleavage on display – we’ll leave you to decide if that’s a selling point or not. 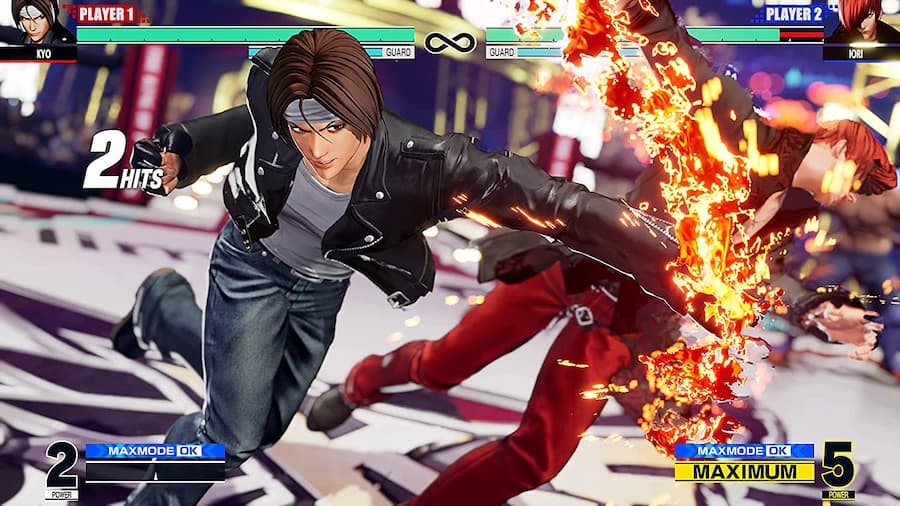 Playing the PS5 version for review, this is clearly the best-looking The King of Fighters game ever made. Character models are detailed and well animated, special effects are suitably snazzy, the shadows are sharp, and most of the stages included are colourful and lively. It perhaps doesn’t look as good as Guilty Gear -Strive-, but in the looks department you can’t complain. Performance is absolutely solid, too. It’s just disappointing that it doesn’t really make use of any of the DualSense’s features.

It’s a shame that The King of Fighters XV doesn’t have some of the modes we’ve come to expect as standard now in fighting games, but thanks to its large roster of fighters and solid mechanics it still impresses. Its team-based battles differentiate it a little from the competition out there, and on PS5 it looks and performs beautifully. So, if you’re on the market for a new fighting game, you should definitely give it a look. Especially if you plan on mainly playing against others online.

This review of The King of Fighters XV is based on the PS5 version, with code provided by the game’s publisher. It’s available on PS4, PS5, Xbox Series X/S and PC.

Buy The King of Fighters XV on Amazon