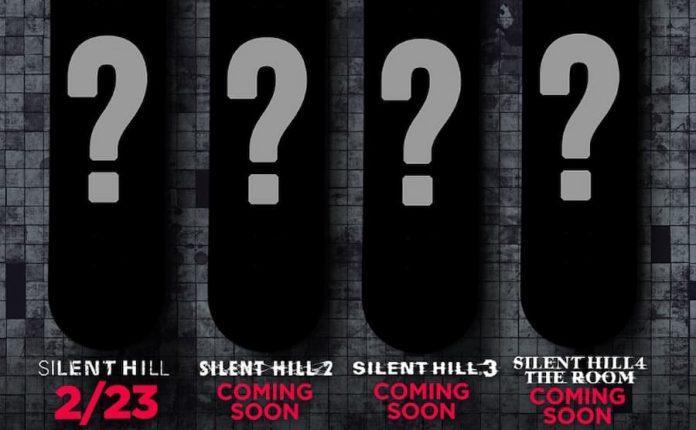 The Silent Hill series is back – as a series of skateboards. Yes, Konami has abandoned all pretence and is now just trolling the hell out of Silent Hill fans.

Actually, we’re 99% sure that’s the case – we’d love to be wrong, that this is is an elaborate way of announcing the rumoured Silent Hill reboot, but knowing that Konami has slapped the survivor horror franchise’s name on pachinko machines, we doubt we’ll be so lucky.

In case you missed its relaunch, Konami’s official online store, the Official Konami Shop sells a range Silent Hill-related merchandise. You can purchase sweatshirts, t-shirts and so on, as well as items from other franchises, such as Metal Gear Solid. However, the merchandise you can purchase is a little pricey: around $74.99 (£55) for a Silent Hill Christmas jumper.

The skateboards are set to be new addition to the Silent Hill range, one for each of the first four Silent Hill games. Konami hasn’t confirmed a price but the first one will be available to pre-order from February 23rd at 9AM PST. Konami refers to them as “The Silent Hill Board Collection”, so there’s the possibility that, aside from skateboards (which the company has previously sold) they’ll also be available as snowboards. We’ll know for sure this February 23rd.

The Silent Hill Board Collection will be available for pre-order on February 23rd at 9 AM PST, exclusively on the Official Konami Shop.

There will be a total of 1000 hand numbered units available, you do not want to miss yours! pic.twitter.com/qGdFQIzlra

In the meantime, the Official Konami Shop Twitter account is revealing the designs, one by one. So far Konami has unveiled the first design, “Beware the Incubus”, based on one of Silent Hill’s final bosses.  They’ve also stated the board will be limited to 1,000 decks.

Are we bitter? Just a little, and not just because our skateboarding skills are strictly virtual. We’re not convinced Konami can give us a good Silent Hill game, but it could at least release a proper collection of the four original Team Silent games, even if it’s just emulating the originals.

Instead, we get Silent Hill skateboards. But if these are up your street, you’ll be able to pre-order the first one from the Official Konami Shop this February 23rd at 9am PST (5pm GMT), with the other designs dropping later. As for us, we’re off to sob into our Pyramid Head body pillows.