Twitter can be a hellsite sometimes, but Ace Attorney Court Bot is here to make things better.

Sure, this bot can’t salvage some of the truly hateful exchanges we’ve witnessed, but it’s capable of turning Twitter exchanges into (non-interactive) courtroom debates between various Ace Attorney characters. You can find instructions here, but it’s as simple as quote-tweeting a Twitter thread and letting the bot know you want to do its work.

Our favourite, so far, has to Phoenix Wright grumbling that he promised he’d buy his younger a brother an iPhone if he got good grades and, now the brother in question is knocking it out of the park, he’s going to have to pay up. Miles Edgeworth counters by offering to sell Phoenix an eight-year-old iPhone 6, which then turns into an argument about whether rose gold is pink or not.

Your video is ready. Do you want it removed? Reply to me saying "remove" or "delete" pic.twitter.com/kmjF1rMItD

You can request one of these videos deleted, if you’re a participant, but careful what you say because you could find your words coming out of Miles Edgeworth’s mouth and there’s the risk that you could stumble across a particularly non work-safe exchange. But as Twitter bots goes it’s one of the more entertaining ones. 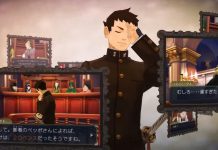 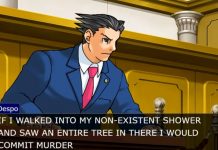