Casting players as the driver of a technologically-advanced vehicle called Sceptre, Agent Intercept will appeal to those who fondly remember Spy Hunter.

Across a campaign spanning three chapters and fifteen missions, Agent Intercept has you hunting down members of a criminal organisation called CLAW. Your weapon is your vehicle; it may look like an exotic sports car when you start playing, but you’ll soon find that it can transform, allowing you to continue your pursuit on water, snow, or even in the air. Though to be an effective CLAW-hunting machine, you’ll also have to collect more traditional weapon power-ups and use them wisely.

Missions are short and action-packed, making each one feel like an adrenaline-raising affair. With Agent Intercept starting out life as a mobile game before being ported to PC and now consoles, the controls are simple, but you’re given enough control to put your fate in your hands. To that end, you’ll find that your vehicle accelerates automatically, with you only able to affect your velocity by boosting. You can’t boost willy-nilly, however; deplete your boost gauge and you’ll be forced to drive slowly for a while, though it does regenerate automatically, and there are boost power-ups to collect.

Boost has a secondary function, too: it allows you to drift around corners. Simply start to turn then apply boost and you’ll get your back end out, allowing you to take corners at high speed in style. At least when you’re in car form, anyway. When flying a plane you’ll find that using boost gives you height, and when in a boat you’ll want to keep your boost for straights – apparently boats don’t drift. Carefully using boost is key to success in Agent Intercept, then, especially when it can also be used to ram other vehicles and out run certain enemy attacks. 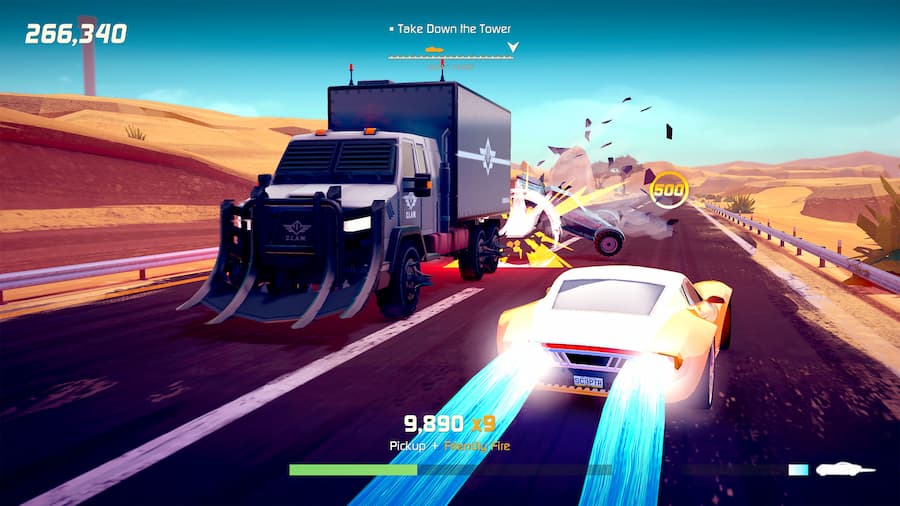 With the action taking place pretty much on rails, your focus in Agent Intercept is primarily moving to avoid obstacles and enemy attacks while also aiming to collect pick-ups and line up your own weapons. Enemies will appear ahead of you and bombard you with everything they’ve got, from mines to machine guns. Take too much damage and it’s mission failed, try again. You can also fail by simply being too slow, though that’s less likely to happen. Generally, you’ll be moving at such a high pace that things become a blur, often making it hard to comprehend everything that’s being thrown at you on your first attempt.

With five objectives to complete per mission, you’ll need to complete at least ten of them in each chapter to open up the final mission. Completing that then allows you to progress to the next. Objectives range from the simple (just complete the mission) to the tricky (obtain a set score, which requires you to build up a formidable combo), and so you’ll no doubt find yourself returning to missions more than once to complete them all. The short, action-packed nature of each mission means it’s never a chore, either; it’s always fun driving fast and engaging the grunts of CLAW in combat. 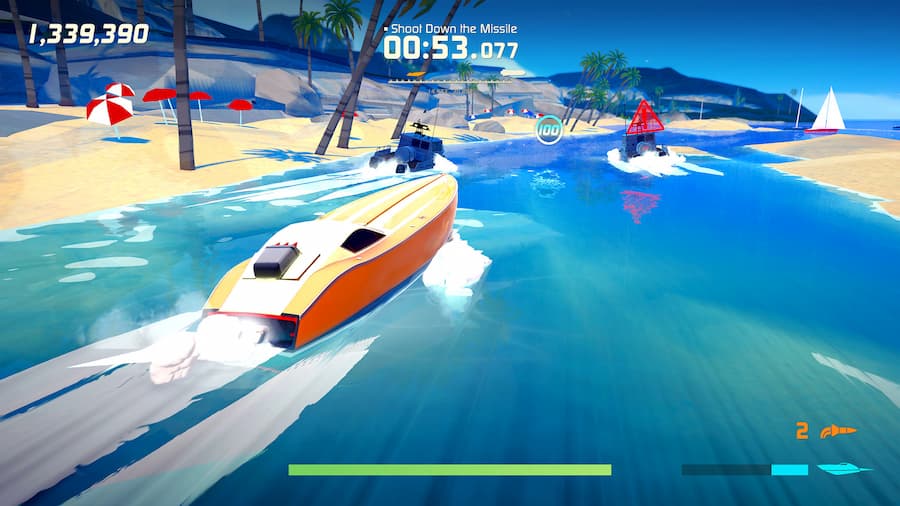 While the campaign of Agent Intercept probably won’t take you more then a few hours to beat, as you make your way through it you also unlock two additional modes – Side Missions and Score Attack. In Side Missions you’ll find twelve additional missions to complete – four in each of the game’s three locales. Like in the campaign, each one has five objectives for you to pursue. Then, when you switch over to Score Attack, you’ll find that you can attempt to beat every mission in the game – campaign and side missions – in either High Score Chase, Target Practice or Time Trial scenarios. Hit the number one Agency spot in each and you’ll unlock global online leaderboards, allowing for heated competition.

There’s not much to put you off from playing Agent Intercept, really. It may not be the most visually appealing title, especially on PS5, but it doesn’t look too bad. And while the jilted camera angles can sometimes make it awkward to gauge if you’re lined up correctly with a pick-up, you soon get used to it. It’s not particularly big or complex but it offers pure, unadulterated, arcade fun. Sometimes that’s all you want. So, if you suddenly feel the urge to chase down a crime syndicate in a futuristic vehicle that transforms, keep Agent Intercept on your radar. You might beat its campaign in the blink of an eye, but you’ll stay for its score-chasing antics.

This review of Agent Intercept is based on the PS5 version, with a code provided by the game’s publisher. It’s available on PS4, PS5, Xbox One, Xbox Series X/S, Switch and PC. 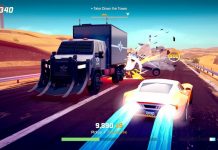 Preview: Agent Intercept is Spy Hunter for the Modern Age