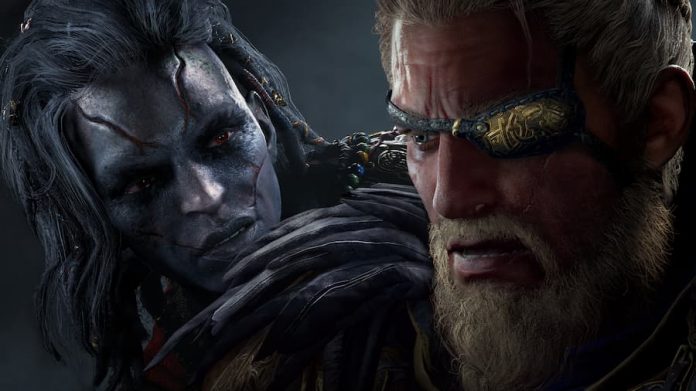 A touch of fantasy isn’t a new thing to the Assassin’s Creed series, at least in recent years. And with the events of Assassin’s Creed Valhalla: Dawn of Ragnarok taking place inside a dream, the door was left open for Ubisoft to run riot.

In Assassin’s Creed Valhalla: Dawn of Ragnarok, it’s time for Eivor to fulfil their destiny as Odin. Or as they’re more commonly known here, Havi. You see, Sutr, an immortal fire giant, has taken your son, Baldr, prisoner, and so you must do all you can to save him. Of course, it’s not going to be easy. But there’s one thing you should know by now: Eivor is a very tenacious and capable being.

Entering the mythical land of Svartalfheim, you’re given something that may even the odds a little: a bracer. Called the Hugr-Rip, this device is perhaps the most unique thing about Assassin’s Creed Valhalla: Dawn of Ragnarok, allowing you to make use of a handful of powerful new abilities. Though you can’t use them willy-nilly. Only two of them can be equipped at any one time. And you also need to fill a gauge with energy before an ability can be activated.

With abilities ranging from being able to disguise yourself as a fiery Muspel, allowing you to walk through lava and infiltrate enemy ranks for a short period of time, to being able to revive those you kill, allowing you to generate a small army fighting in your favour, the only thing that stops you from truly feeling like a god in Assassin’s Creed Valhalla: Dawn of Ragnarok is the fact that the effects are only temporary. It wants you to have fun, but only in small doses.

With sources of the energy you need to power your new abilities being abundant, it feels like an unnecessary faff to have to keep replenishing the gauge to activate them again. It’s also a bit daft, and irritating, that you can’t equip powers from a menu once you’ve acquired them. If you switch out the ability to turn into a bird and soar through the sky, for example, you’ll have to find it again by killing a specific enemy out in the open world to once again add it one of your two available slots. It sucks a bit of fun out of the system. 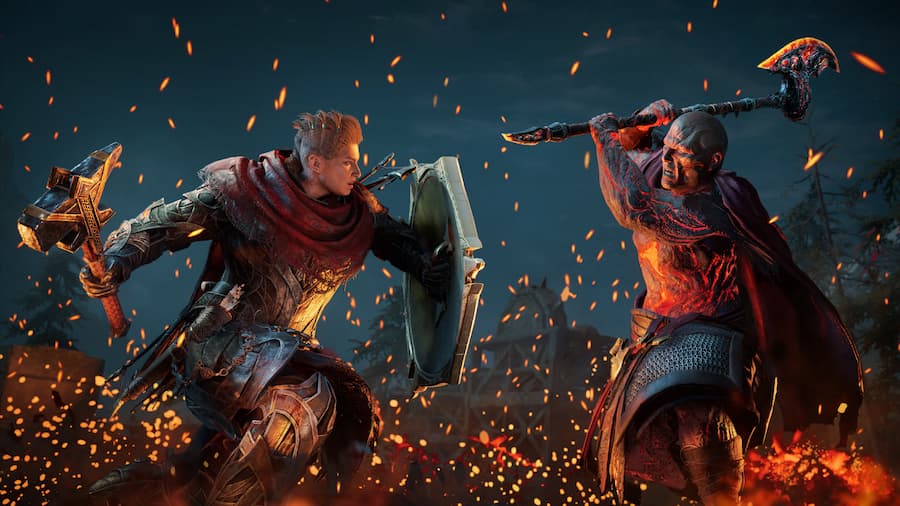 Other than the Hugr-Rip, Assassin’s Creed Valhalla: Dawn of Ragnarok plays pretty much just like the base game . There’s a questline to follow, one that will once again have you travelling vast distances across a map that offers lush green lands, only this time with pools of lava here and there and some strange sights in the distance. The enemies you face don’t feel entirely original, either. They’re still mostly humanoid, only with charred skin and armour offset by fiery red hair. To be honest, they’re a bit of an eyesore in an otherwise colourful world.

In fact, aside from the Hugr-Rip, the only things you might really get excited about in Assassin’s Creed Valhalla: Dawn of Ragnarok are some of the other, less transformative new additions. There’s a new Atgeir weapon class, for example, and all of your gear can now be upgraded to “Divine Quality” allowing you to further increase their stats. There are new activities to complete, too, including raids to acquire the Silica needed to upgrade your Hugr-Rip, and powerful foes – Sinmara’s Chosen – to hunt down and kill. 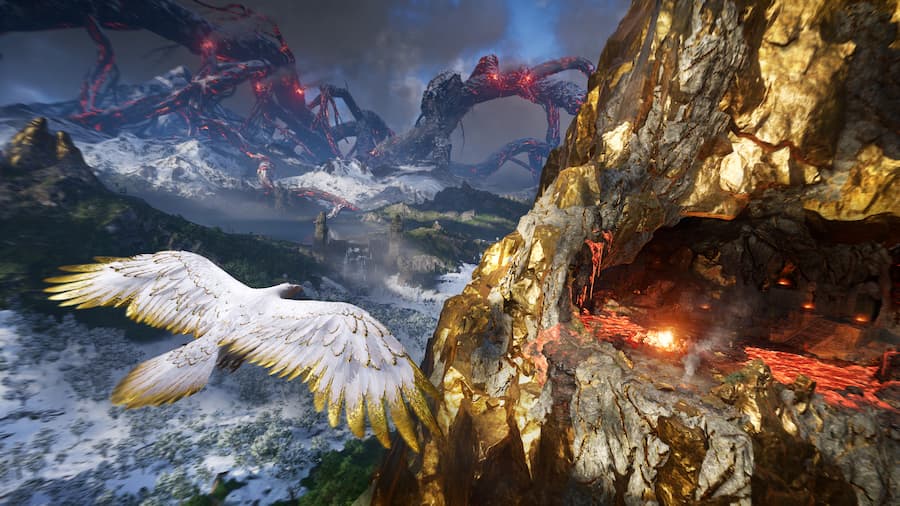 Ultimately, Assassin’s Creed Valhalla: Dawn of Ragnarok just doesn’t feel fantastical enough. It flirts with the idea of going all-out, but then reigns itself in. The result is an expansion that doesn’t feel all that different from the last two – Wrath of the Druids and The Siege of Paris. Which is to simply say that it just feels like more of the same. That might not be a problem if that’s what you crave – more of the same action you’ve played for 100 hours or so already – but those who were hoping for something a little bit different will be disappointed.

For the devout Assassin’s Creed Valhalla fan, there’s about 20 hours or so of solid gameplay to be gleamed out of Dawn of Ragnarok. A bit more if you want to see and do everything. But chances are it won’t particularly impress. It’s simply more of the same for the most part, with a story that fails to truly engage. It’s perhaps the fact that you’re not given free reign of your new abilities that that’s the biggest disappointment – you’re supposed to be a god, so why not let us feel like one? And so, Assassin’s Creed Valhalla: Dawn of Ragnarok is an inessential expansion. One that feels like a missed opportunity.

This review of Assassin’s Creed Valhalla: Dawn of Ragnarok is based on the PS5 version, with a code provided by the game’s publisher. It’s available on PS4, PS5, Xbox One, Xbox Series X/S and PC.