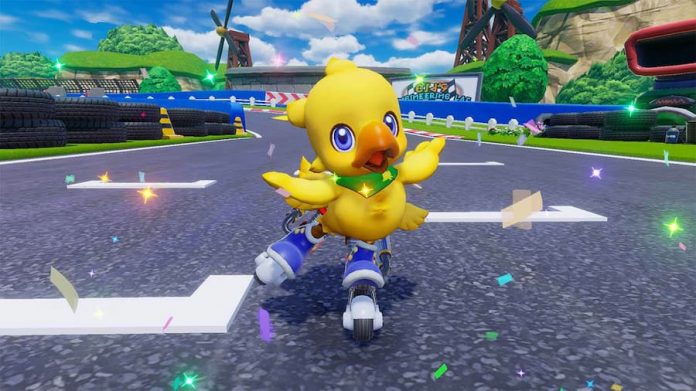 When it comes to the racing genre, success is generally down to skill. Consistency is key, as well as following the racing line and quickly reacting to factors outside of your control.

When it comes to kart racing games, however, much of that is thrown out of the window. Especially so in Chocobo GP, where victory often feels more down to the throw of a die than your on-track performance. And as you ‘d expect, it doesn’t make for the best experience.

Essentially a follow-up to Chocobo Racing, Chocobo GP lets players race as and against a variety of Final Fantasy characters across numerous tracks inspired by the franchise. Aside from the titular Chocobo, there are characters such as Cid, Vivi and Steiner to take control of, as well as summons such as Shiva, Ifrit and Ramuh. Though you’ll have to work to unlock Chocobo GP‘s large cast of playable characters. Story mode will have you watching (or perhaps skipping) story scenes before setting up races in each of the game’s locales. It’s then up to you to complete objectives in order to not only progress, but also unlock new playable characters along the way. Though some are simply unlocked by purchasing them from the in-game shop, requiring you to part with your heard-earned tickets.

While it’s nice that Chocobo GP does have a story mode, it’s a shame that its dialogue really isn’t worth paying attention to. And so you probably will find yourself skipping the story scenes eventually, just to blast though it and unlock everything you can before forgetting it exists. Although as you progress you’ll soon find that success is very hit and miss. Sometimes you’ll drive perfectly and yet still not achieve your objective. Another race might be a mess, but thanks to your key opponent truly messing up you’ll win by a country mile. Throw in a whole host of attacks and other obstacles that can quickly take you from first to last should you get caught, and the frustration can soon become too much to bear.

Like in most kart racing games, power-ups litter the track, providing a range of magical attacks and abilities for those who drive over them. They include everything from fire balls to speed boosts, and in Chocobo GP, they can be powered up by collecting multiples, too. Many of them can be countered if you know how, but some of them are very tricky to avoid. And if you get hit, you’ll be taken out of the race for what feels like an eternity, allowing your competitors to fly by. Hitting obstacles such as rocks or crates has the same effect, not so much as punishing you as writing off your event in an instant. 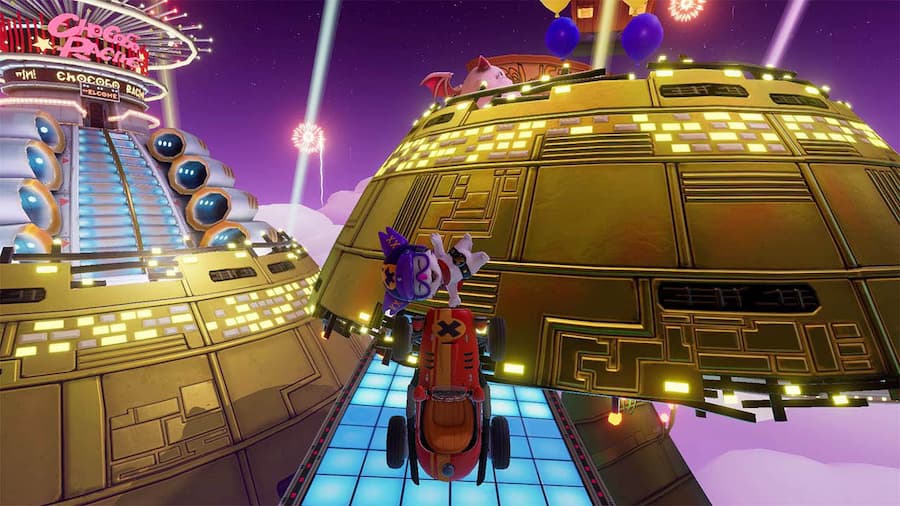 Filling a gauge also allows each playable character to activate their own unique special ability, but these are rather unbalanced. Activate Chocobo’s unique ability, for example, and you’ll find that you’re impervious to attacks from your opponents for a short while. You also gain a speed boost, and can navigate corners with ease. It’s brilliant, and really makes a difference. But switch over to Vivi, and you’ll find that his unique ability simply allows him to cast a powerful magic spell that only affects those immediately around him. You certainly won’t be able to rely on it to get you back into a race you’re losing.

Getting hit in Chocobo GP is a real pain, then, and the unique abilities available to each playable character are unbalanced. These issues could maybe be fixed further down the line, and if they are, Chocobo GP would be a lot better. It can be fun at times, and it is enjoyable racing Final Fantasy characters around an array of colourful tracks, even if some of those tracks aren’t particularly well designed. It’s just a shame that, outside of the gameplay, Chocobo GP is also brought down by what can only be described as a predatory microtransaction system.

As well as Story Mode, Chocobo GP features additional modes you’d expect such as Time Trial, Custom Race and Online. But then there’s also Chocobo GP, essentially an online tournament mode that allows you to level up and unlock prizes each season. It’s here where, via a Battle Pass purchased with Mythril, you’ll seemingly be able to unlock more well-known Final Fantasy Characters such as Cloud. You can unlock a premium Battle Pass, too, giving you instant access to him. And what do you buy Mythril with? Real money. Well, after you’ve spent the bit you’re gifted for buying the game, anyway.

There are three currencies in Chocobo GP overall – Mythril, Tickets, and Coins – and the game does a terrible job of explaining of how you get them and what you can purchase with them. Basically, all you can seemingly buy with Tickets are cosmetic items such as skins and stickers. Coins, on the other hand, can also be used to buy more lucrative items such as new characters, with new items becoming available for purchase each season. At the moment Squall is available for purchase. And Mythril can be used to buy Battle Passes and a variety of other goodies currently on special offer. 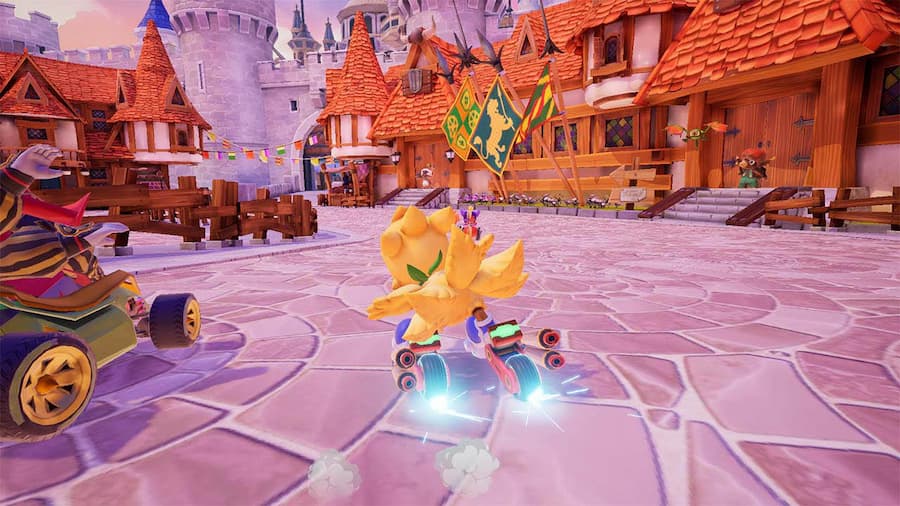 The problem is, Coins are only really obtainable by playing Chocobo GP. And playing Chocobo GP isn’t really worth it unless you have a Battle Pass. It feels like a bit of a slap in the face, locking characters such as Cloud and Squall behind a mode that you’re going to have to grind in for a considerable numbers of hours to unlock, in a game that you’ve already payed a considerable sum for. And it’s hard to even ignore Chocobo GP; being the focus of the game, you’ll be hounded to connect to the internet if you’re trying to play any other mode while offline.

There’s a good game in Chocobo GP somewhere, hidden between the balancing problems and microtransactions. Hopefully one day it’ll be able to emerge, free of the troubles that are bringing it down. Until then though, it’s hard to recommend. If you don’t mind forking out for the game and then a Battle Pass or two down the road you might get some enjoyment out of it, but you’ll have to be committed to the grind, and fairly patient with the gameplay. Perhaps give it a try first – a free Lite version is available so you can at least get a taste of the action without spending any money.

This review of Chocobo GP was facilitated by a code provided by the game’s publisher. It’s available exclusively on Nintendo Switch.