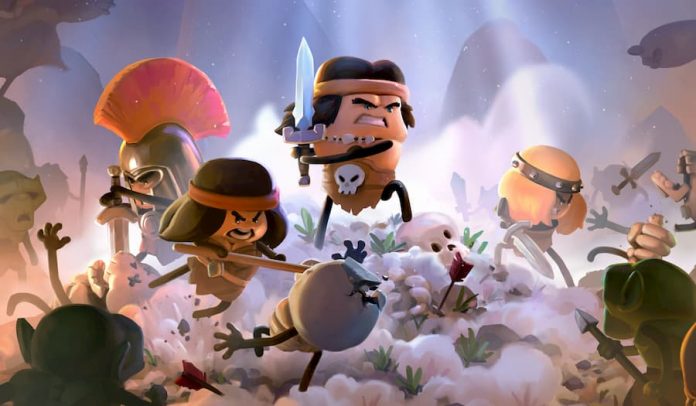 After a rocky development period that saw several delays, Conan Chop Chop is finally here. And you know what? It was worth the wait.

Originally announced by Funcom on 1st April 2019, Conan Chop Chop started out life as sort-of an April Fool’s joke; a cartoonish, over-the-top riff on the publisher’s popular title, Conan Exiles. It was eventually revealed to be a real game, however, taking Conan and his comrades, giving them stick legs, and throwing them into a vibrant, colourful world to fight to the death. Three years later, Conan Chop Chop is finally here, and if you’re a fan of the roguelike genre, you’ll find a lot to like here.

Don’t let Conan Chop Chop‘s bright and cheery exterior fool you: this is a tough game, and you’re going to die frequently. Enemies don’t go easy on you, and you’ll have to learn to dodge and parry like a trooper if you want to truly succeed in the game. Death is part of the experience, though, and you’ll continually earn permanent upgrades for your character, and unlock new weapons and equipment that’ll appear in future runs. And so, each subsequent time you play, you’ll be just that little bit stronger.

Skill plays a part of it, of course, but ultimately your success in Conan Chop Chop feels a lot down to luck. The combination of weapons and skills handed to you – which will be randomly allocated to chests and shops encountered on your run – will very much dictate how powerful you are. Get the right combination, and you’ll find combat encounters a cinch. For me, having a skill that threw my weapon rather than swinging it, and another that imbued it with poison, meant that I could keep a safe distance but lay waste to enemies with ease. I cleared the first two bosses of the game with no problem. Other runs, with a weaker combination of skills and weapons, saw me die before I’d even reached the first. 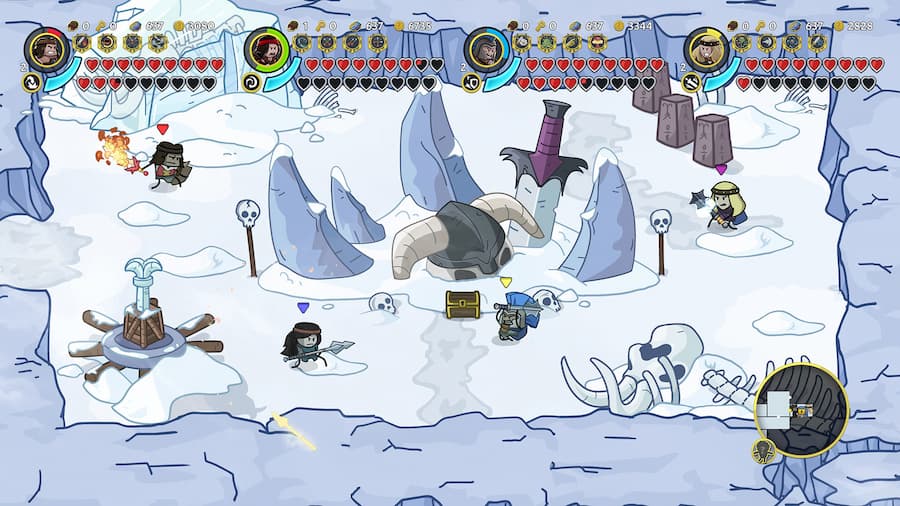 But the more you play, the better the weapons and skill you unlock will be. You’ll also unlock points in your character’s skill tree, giving them abilities from the get-go, along with upgrades to their health and strength. Each character in the game has their own individual skill tree, so it’s your choice if you want to stick to one character, or spend time with them all, distributing skill points fairly between them all.

While you can tackle Conan Chop Chop as a single player experience – and it’s plenty fun enough to do so – this is designed to be a co-operative experience, with up to four players able to jump in together. Whether locally or online, you can team up with friends to fight your way through Conan Chop Chop‘s range of weird and wonderful foes together. With multiple players on screen it can get a little hectic, but like a lot of games of this type, playing with others only ups the fun factor. 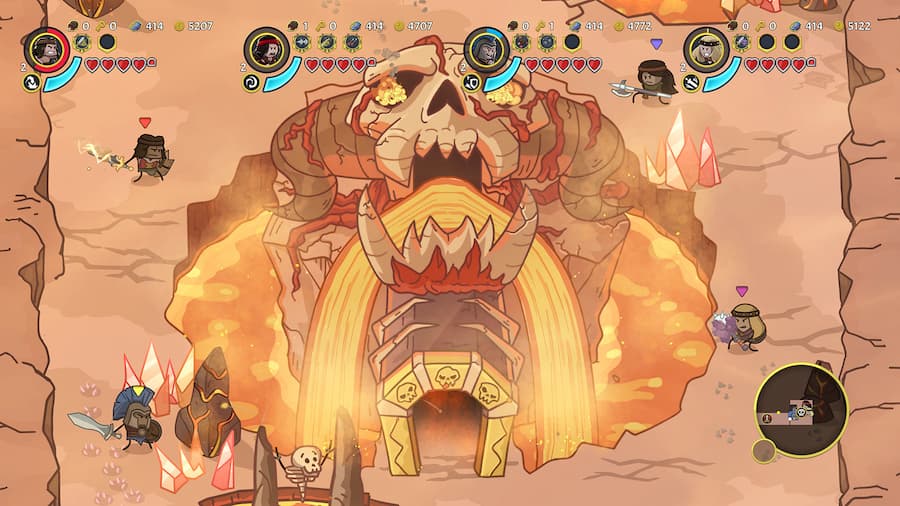 With a simple but cute art style that’s hard not to love, and an enjoyable gameplay loop that sees you hacking and slashing your way through a range of well-designed enemies, there’s plenty to like about Conan Chop Chop. If you dig roguelikes and enjoy being challenged to improve yourself with each subsequent run, it’s well worth jumping into.

This review of Conan Chop Chop is based on the PS4 version of the game, via a code provided by the publisher. It’s available on PS4, Xbox One, Switch and PC.