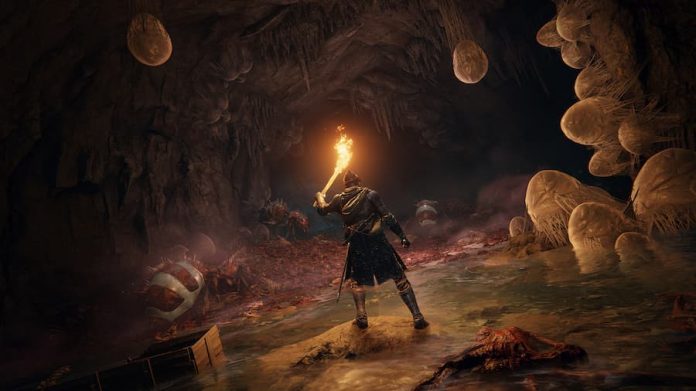 Elden Ring has sold a massive twelve million copies and that, of course, means that we are never, ever getting George R.R. Martin to finish The Winds of Winter.

Congratulations go to developers From Software too, of course – we were going to use “ridiculous” instead of “massive” but the truth is there’s nothing ridiculous about Elden Ring’s success. You can check out our 10 out of 10 review here, but what really stands out is that the way that, despite how big its world is, Elden Ring never feels empty. Yes, we’re looking at you, Just Cause 1-4.

So why does that mean George R.R. Martin could be shoving The Winds of Winter, the long-delayed penultimate Game of Thrones book into the To-Do cupboard? Because we’re almost certainly getting more Elden Ring games and we’re definitely getting more tie-ins and merchandise, so Martin, who helped create the game’s world, may well be involved.

“Please look forward to more of Elden Ring as an IP (characters and other intellectual property) in hopes of expanding beyond the realm of games,” reads a statement from Yasuo Miyakawa, head of publisher Bandai Namco. You can expect to see action figures, spin-off novels, comics and more. We certainly wouldn’t be surprised if there’s a warehouse full of Elden Ring Funko Pops all ready to go.

But it couldn’t happen to a more deserving game; chances are we’ll be opening our wallet for a few pieces of whatever Elden Ring merchandise is in the works. If you’ve yet to dive into From Software’s fantasy world, you can pick up Elden Ring on PS4, PS5, Xbox One, Xbox Series X/S and PC.