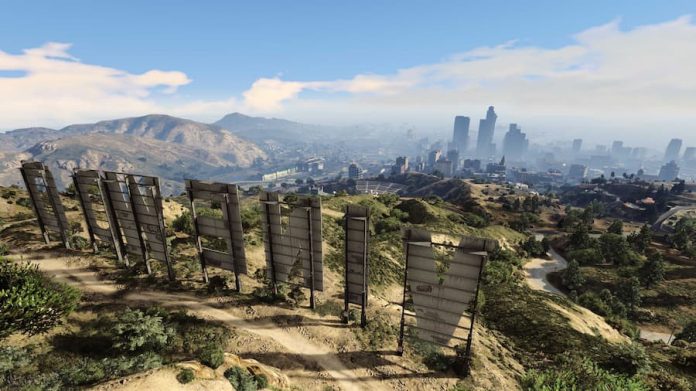 Are you looking forward to Grand Theft Auto V’s gorgeous next-gen facelift? You won’t have long to wait.

Grand Theft Auto V’s next-gen version, available for PlayStation 5, Xbox Series X and Xbox Series, arrives this March 15th. Developer Rockstar has already revealed the bells and whistles you can expect from this latest version of the open world game, which include ray-tracing, a 60FPS target and 4K graphics.

However, the consoles aren’t quite powerful enough to deliver all features at once. You’ll have to choose between Performance Mode, which gives you 4K graphics targeted at 60 FPS (1080p on the Series S), Fidelity Mode, which targets 30 FPS but gives you the best visual quality, or Performance RT mode which is a hybrid of the two, sporting 4K graphics with ray tracing enabled and targeting 60FPS.

Basically, as is the norm for a lot of next-gen upgrades, you can choose between smooth gameplay, gorgeous graphics that aren’t as smooth, or somewhere between the two. Only there’s a catch – this isn’t, technically, a next-gen upgrade. Oh, sure, it’s a next-gen version of the game but you almost certainly won’t be able to upgrade from the previous one.

Yes, Rockstar will let you migrate your PS4/Xbox One characters and saves and that process is available right now. You can find out more about how to do that from Rockstar’s announcement. But it hasn’t announced any kind of upgrade path from the PlayStation 4 or Xbox One version of Grand Theft Auto V.

This close to release, it seems unlikely there’s going to be one, especially when you consider that, when the game made the leap from PlayStation 3/Xbox 360 to PlayStation 4 and Xbox One, no upgrade was available. And yes, back in 2013 there were games that did let you upgrade to the then next-gen version.

So, while you’ll be able to purchase the online component of GTA V separately, you’ll have to pay all over again for the full next-gen version. The price of next-gen GTA V has yet to be announced, but we’d expect it to be close to a full price title. Are we going to buy GTA V‘s next gen incarnation at that price? Probably. Are we going to shake our fists at Rockstar while we roar round ray-traced Los Santos? Absolutely.