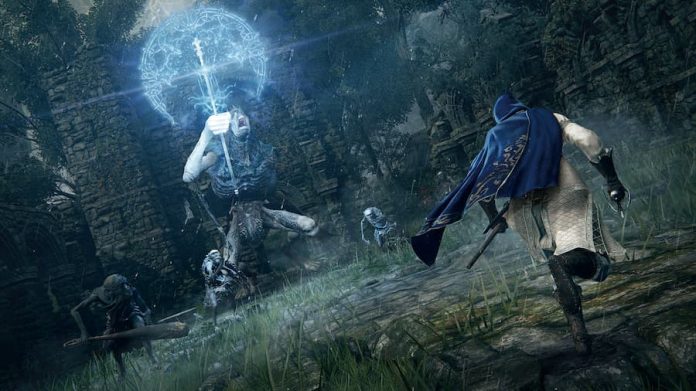 Quite a few people were disappointed you can’t pause your game in Elden Ring. But, as it turns out, there are two ways to do just that.

They are, admittedly, a bit fiddly, but if you’re playing Elden Ring and you feel like you need a break, it’s a lot quicker than moving your character to a place where they won’t be murdered by monsters.

And, yes, there is a PC-based mod that will let you pause FromSoftware’s biggest and probably finest game. But these methods, one of which was discovered by Twitter user Iron Pineapple, work on any platform be it PC or console.

So how do you go about it? If you’re not in combat, you can use the quick and easy method to pause your game.

To pause Elden Ring outside of combat:

And there you go. You’ll be taken to the explanation screen, which pauses the action. If, however, you’re in combat or close enough to enemies, the map screen won’t work. Instead, you need to use another method.

To pause while in combat:

And there you go. Easy peasy, right? Not exactly. Pausing Elden Ring out of combat is easy, but in combat you’ve got to hit all those buttons while being pursued by a monster. We can confirm this works, but we had a 50% success rate because we kept getting murdered before we could hit the buttons.

There’s also the possibility that FromSoftware will patch this out, so that Menu Explanation doesn’t pause the game. But for now, if you want to take a break from Elden Ring, those are your two options.