Hidden Deep has proven that up until now, games have been spoiling us.

No, I’m not talking about general game difficulty, I’m not about to open that can of acid-spitting, face-eating murderworms. I’m talking about how, for the most part, video game characters are more durable than most. Sure, there’s usually always a point at which falls become fatal, but they’re not at risk of sloughing their skin off on a scree slope.

That’s why Hidden Deep proved such a shocker, even before I’d encountered the cave-based action game’s bigger nasties. I’d been looking forward to getting my hands on Hidden Deep‘s Early Access incarnation for a little while now, but I wasn’t at all prepared for how fragile my character was. I got my hands on a grappling hook, swung against a wall and… splat.

I stepped down what I thought was a reasonably small drop and… splat. I took another swing (sorry) at grappling and… splat. Eventually I got the hand of traversing the caves using the grappling hook (which also doubles as a zip line), but you have to be acutely aware of how easy it is to end one of your characters’ lives. And I loved it.

Because, ultimately, Hidden Deep casts you as The Other Guys and it’s a real breath of fresh air. You’re not playing Buff Hardpeck, mighty hero; instead, you’re the poor, dismembered saps that Buff steps over on his way to punch the Giant Mutant Mole King or whatever monstrosity lurks at the end of Hidden Deep’s final release version. 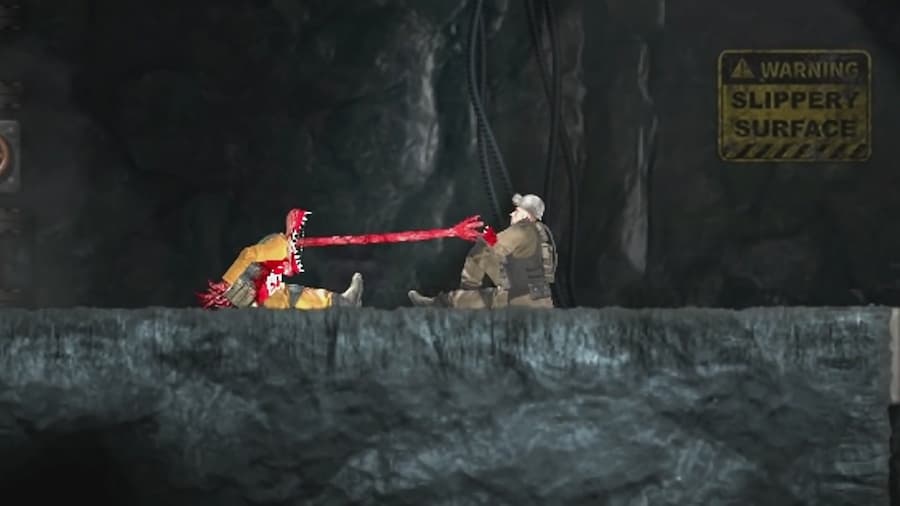 And with every fatality diminishing your pool of redshirts, you’ll be on edge even when there’s no gruesome monsters getting in your face. The prospect of exploring a massive underground cave complex is harrowing enough, particularly since there are places where you have to crawl to progress. But Hidden Deep conspires to make situations that would, in other games, be relatively trivial, a matter of life and death.

Take bullets. Being low on ammo in Resident Evil 2 is annoying but you can dash past a great many foes. In Hidden Deep, you won’t be aware of those foes until you fire off a bullet, waking them with the noise (the grappling hook works but it’s much less effective). Could you sneak past them? Maybe. But since the caves are all but pitch black, figuring out where they are all lurking is tricky.

Then there’s the Hidden Deep’s other hidden… things. Aside from the roving enemies, there are some gruesome worm-like entities which hang from the ceiling. They’re just about perceptible, assuming you’re checking the ceiling as you go past. But the moment you get too cocky, the moment you forget to keep checking, you’re dead. Instantly.

In short, this is not a game where you’ll easily come out on top. You’ll die and die again, but it’s rarely frustrating because it’s so easy to accept that it’s always your own stupid fault. You were the one who wandered into a dark cave without checking for any current inhabitants. And you were the one who thought you could plant explosives and grapple away before they went off. 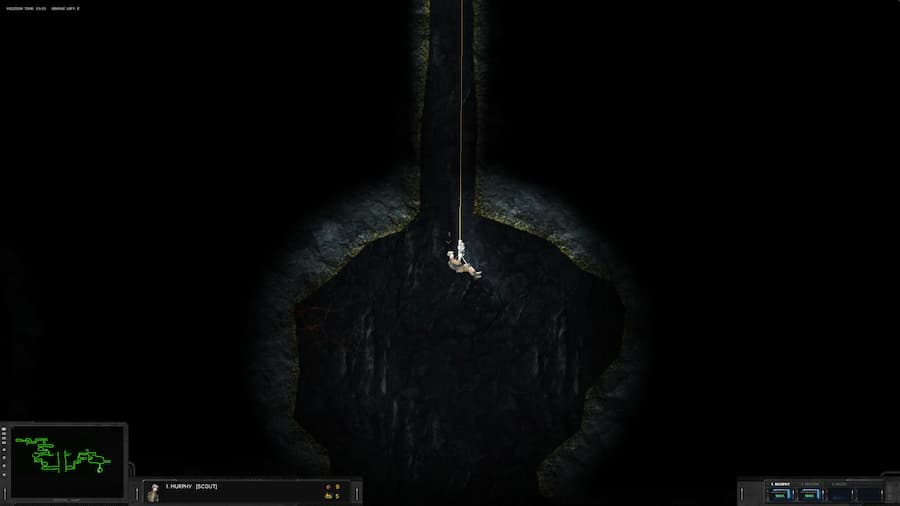 Hidden Deep is deeply, deeply unsettling and if you’ve got the slightest taste for horror, it’s absolutely worth your time, even in its Early Access incarnation. I’m reluctant to divulge much more in the way of details but there are some genuinely unexpected scares, on top of the ones that result from your own lack of caution. Swapping characters, and having to escort certain characters, throws an extra dose of strategy into the mix.

If I have one gripe it’s that Hidden Deep doesn’t currently have full controller support, which is a shame since it’s something that deserves to be experienced on a big screen. It seems very likely, though, that this will be added in at some point before the full release. Hidden Deep has a hell of a lot of promise, not least the fact that staying alive relies on your constant vigilance, more so than most other games out there. I’m looking forward to seeing how Hidden Deep continues to develop, but I’m hopeful that Cogwheel Interactive can turn it into the fully-fledged gloomy, claustrophobic nightmare that it deserves to be.

Hidden Deep is available now on Steam via Early Access. A full release is planned for later this year.