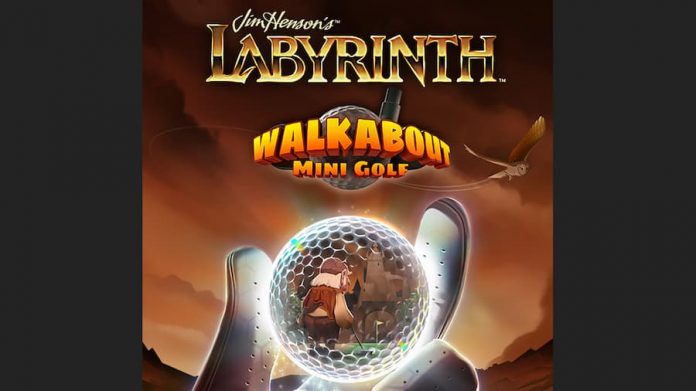 Walkabout Mini Golf is getting a special course based around Jim Henson’s Labyrinth.

No, you’re definitely awake. Don’t worry, it took us a good few minutes to accept this was reality and not some gin-induced dream, but yes, Labyrinth is coming to this VR mini golf game. That Labyrinth. The one with Jennifer Connelly and David Bowie in those trousers.

It makes a little more sense when you know that Walkabout Mini Golf DLC lets you golf around the Gardens of Babylon, Shangri-La and a Willy Wonka-style world of sweets. But still, Labyrinth mini-golf is a stretch and we’re not just talking about the Goblin King’s pants.

If you’ve never watched Labyrinth, you’ve missed out on a treat and should check it out right away, whether that’s via Amazon Prime, Netflix or just grabbing a Blu-Ray copy. It’s a 1986 musical fantasy film that sees a girl trying to rescue her baby sister who, at her own misguided behest, has been whisked away by David Bowie’s Goblin King.

Ready to putt your way into a dazzling world of fantasy and adventure? We are happy to announce that we've signed a deal with the @HensonCompany to develop a 36-hole course set in the world of Jim Henson’s 1986 classic fantasy film LABYRINTH—to be released this Summer! pic.twitter.com/ft6pUxXPEn

Walkabout Mini Golf’s course, set to arrive this summer, will have 36 holes and feature music, characters and more from the movie. You’ll require the full version of Walkabout Mini Golf, available on PC and Oculus Quest, but we’re absolutely dying to see what developer Mighty Coconut can do with this ridiculous licensing coup.