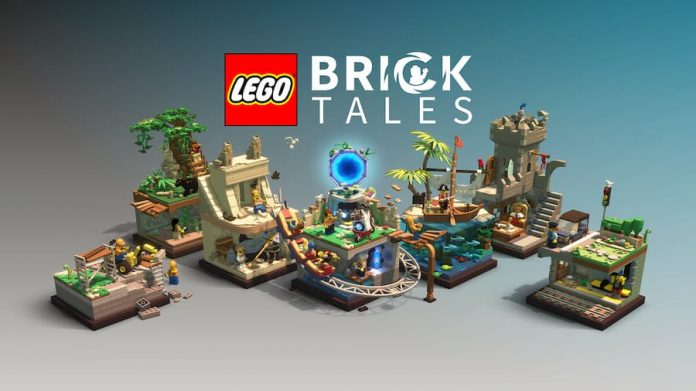 Lego Brick Tales, arriving later this year, invites you to make the most of your creativity.

Revealed at yesterday’s Future Games Show, it sees you roaming one of five Lego zones, assisting the minifigs you stumble across. The big difference between Lego Brick Tales and Traveller’s Tales’ Lego games is that you can’t just hold down a button and watch your Lego avatar auto-build whatever’s needed.

Instead, in Lego Brick Tales you need to take charge and construct each Lego item yourself. The trailer, for example, shows you constructing a gyrocopter, with the aim of rescuing someone from a towering jungle tree. It’s up to you to decide where each piece goes, creating something that actually can take to the air.

“From purely aesthetic creations, such as market stands and music boxes, up to functional physics-based puzzles like building cranes and gyrocopters, LEGO Brick Tales offers a host of challenges and quests to test your imagination and building skills,” states publisher Thunderful.

What’s not entirely clear, however, is what happens if you don’t get it right. The trailer shows the “bad” creations exploding off-screen, but we’re hoping that’s just for the trailer. Why not let us make our own mistakes? If our gyrocopter is so wonky it just wobbles around the screen, let us live with that.

With five biomes to explore, viewed from an isometric perspective, Lego Brick Tales should, fingers crossed, find favour with Lego aficionados. We’re definitely looking forward to getting our hands on it, not least because it’s from ClockStone, the company behind Bridge Constructor Portal.

Lego Brick Tales is set for a 2022 release, arriving on PC via Steam (you can wishlist it here) though given how evergreen Lego is, we’d be very surprised if it didn’t make the jump to consoles.

Did you know GameSpew has a sister site dedicated to all things LEGO? Go visit ThatBrickSite.com now for more plastic brick-flavoured content.