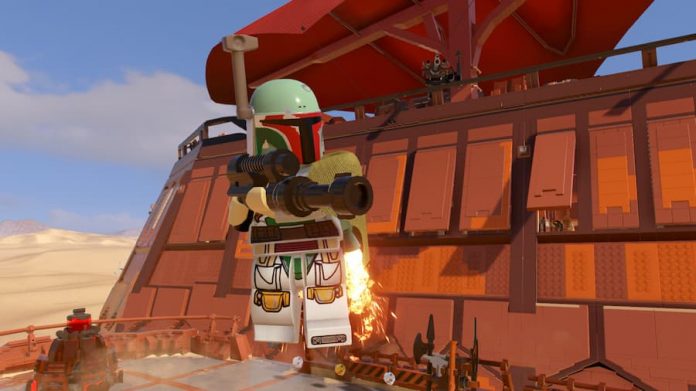 Darth Jar Jar is, sadly, nowhere to be seen, but LEGO Star Wars: The Skywalker Saga’s new trailer does show off the series’ many villains.

And yes, Boba Fett counts, even though he had maybe five minutes screen time and flew screaming into a sand squid’s mouth. We get to see Emperor Palpatine, Darth Vader, Snoke, Kylo-Ren, Captain Phasma and Fett all doing their thing.

There’s a dash of humour, with Kylo Ren exploding out of this shirt, though we’d pay good money for a Robot Chicken DLC pack which abandoned the saga’s scripts entirely. Strangely, there’s no sign of Admiral Hux, General Pryde or Captain “Eddie Hitler” Peavey. We have our fingers crossed they’ll at least make it into the main game.

There’s also no mention of whether Darth Vader will be playable. Traditionally, LEGO Star Wars games have you play as the franchise’s heroes, then let you revisit each level as one of any number of other Star Wars characters. Darth Vader has, for the most part, been one of those characters – you know, what with him being the series’ most instantly recognisable character.

However, he’s set to be part of the Classic Characters Pack, arriving April 19th. We’re hoping that’s referring to some alternate version of the character, perhaps his helmetless incarnation from Return of the Jedi. But if Darth Vader has been relegated to DLC, there’ll be a lot of disappointed players.

We won’t have to wait long to find out. LEGO Star Wars: The Skywalker Saga arrives on PS4, PS5, Xbox One, Xbox Series X, Switch and PC this 5th April 2022.