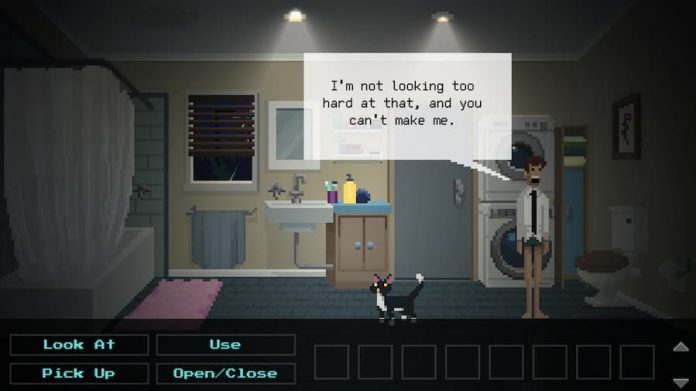 Pants Quest, out now on Steam, reminds us that sometimes, life just doesn’t go how we want it to.

And that no matter who you are, it’s normal to have a bad day. This point and click adventure apes the classics of the 90s, complete with a retro use/look at/pick up menu. You won’t be doing anything as far-fetched as taking on a fearsome pirate or travelling to the underworld, though. Oh no. Pants Quest is simply about one man trying to find his pants.

It’s a tale we can all relate to. You wake up in a morning, it’s wet and cold outside. You need to get up for work, but you really don’t want to. Still, you summon the energy to get out of bed and start getting dressed. Only… your pants aren’t there. And so wearing nothing but your shirt and your underwear, it’s time to flit around the house, trying to find your missing trousers. But first, coffee and toast.

Just about everything that can go wrong does go wrong for this poor chap. He spills his coffee, he burns his toast, the power trips out, he can’t find his keys. It’s not a good morning. Honestly, if this was me, I’d have got back into bed at the first hurdle. Screw work. But not Pants Quest guy. As difficult as his morning has been, he has the resolve to keep going, knowing that he’ll feel better in the end for persevering. 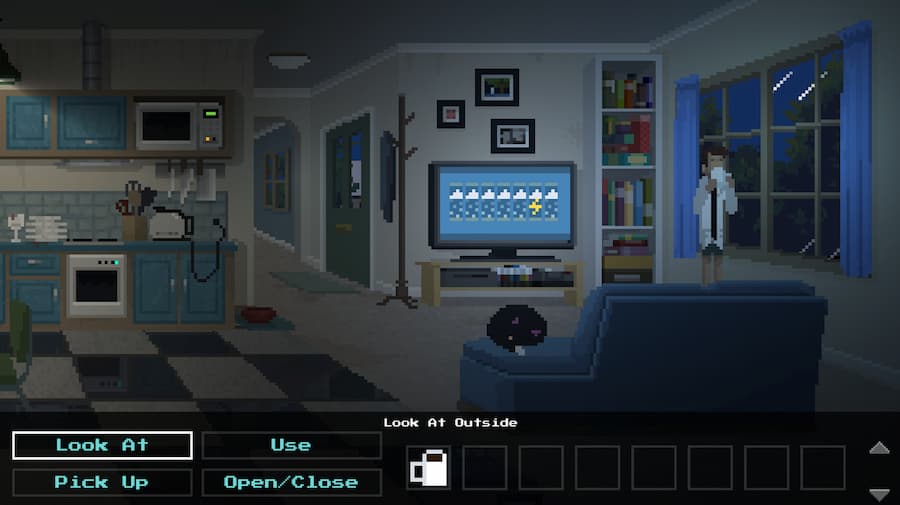 Yes, Pants Quest is a silly little point and click game, designed to entertain us for about an hour with its funny dialogue, wonderfully retro pixel art and banal but enjoyable tasks. But it’s also a clever reflection on real life, reminding us that it’s OK if things don’t go right. That bad days are normal. And that working through your problems will, usually, make you feel better in the end. As much as we want to, sometimes giving up is not an option, and it’s rarely the best course of action. It’s a nice little pick-me-up that I needed on this wet and dreary Wednesday afternoon.

This laugh-out-loud slice of life really is only about an hour long, but for the asking price of £5.79 (and there’s currently 20% off) it’s worth every penny. You’ll get a real kick out of the mundane scenarios the game’s unlikely hero finds himself in, and you’ll undoubtedly relate to most, if not all, of them. After all, haven’t we all lived through the power tripping at an inopportune time, or the one item of clothing we need being dirty?