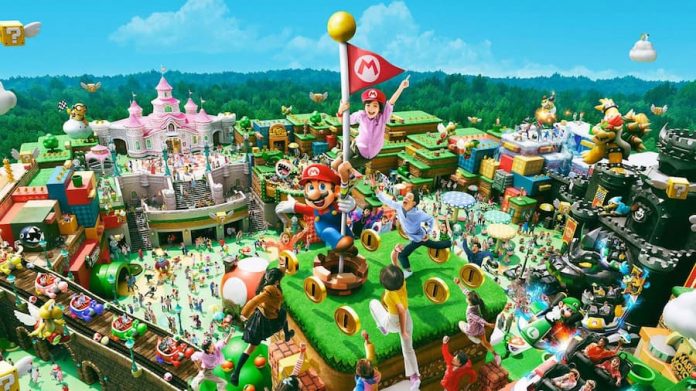 Nintendo and Universal Studios have announced that the US will be getting its own Mario-themed park, coming in 2023.

Coming to Universal Studios in Hollywood, Super Nintendo World will be the second of its kind in the world, following in the footsteps of the park opened in Osaka, Japan last year.

Osaka’s Super Nintendo World is a park entirely built to look like a level from a Mario game; think giant mushrooms, floating question mark blocks and more colour than you’ve ever seen in real life before. There’s also a Yoshi-themed roller-coaster and a real-world Mario Kart. Oh, and huge recreations of both Bowser’s Castle and Princess Peach’s castle to explore.

There’s also, of course, Nintendo-themed food to eat and merchandise to spend your money on. Just look at this Mario burger! And Question Block tiramisu!

It’s unclear just how similar Hollywood’s Super Nintendo World will be to the one in Japan. It’s likely it will have its own quirks and features, with some similarities; the overall theme and feeling will be undoubtedly carried over between both locations. But we’ll have to wait and see how exactly it turns out.

An exact opening date has not been announced outside of 2023, but it’s likely we’ll have more updates over the next year.

Okay, Nintendo, do the UK next please.