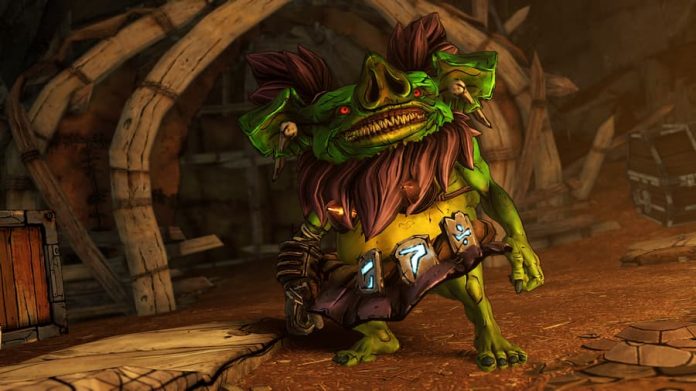 Tiny Tina’s Wonderlands is arriving this month and now you can feast your eyes on a twenty-minute gameplay video.

That’s solid gameplay, we should add. The video features a brief introduction from creative director Matt Cox, but then it’s right into the dungeoneering. Tiny Tina’s Wonderlands may be based on a piece of Borderlands 2 DLC, but it’s presented as a first-person fantasy adventure, presented by off-the-wall NPC Tiny Tina.

On top of all the shooting there’s also an eye-pleasing overworld map, which is where you access quests and the like from. In particular, we love some of the place names Tina has doled out; they sound “real” but they’re just silly enough to raise a chuckle. The first quest, which involves freeing goblins from their oppressors, takes you to a place known as Haemon’s Gumline.

Yes, it’s still recognisably Borderlands, beneath the Dungeons and Dragons veneer, as we explained in our hands-on preview. But we had a lot of fun with it and the idea that you’re in some teenager’s D&D game is just adorable. That said, we’re a little worried that her explosives expertise will, at some point, have our characters running for their imaginary lives.

You can watch the full twenty minute gameplay walkthrough above and play Tiny Tina’s Wonderlands, which is a stand-alone title, when it arrives on Xbox Series X|S, Xbox One, PlayStation 5, PlayStation 4, and PC (via the Epic Games Store) this March 25th.