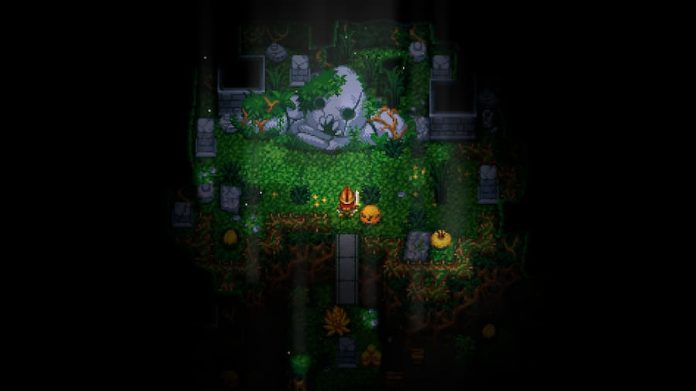 Out now in early access, Core Keeper is an open-ended adventure game about making your own way through a mysterious cavern.

The nature of Core Keeper is for you to shape your own adventure. That means discovering things as you go along – which for some players, isn’t always easy. We’ve put together some tips which should help you get the most out of starting Core Keeper. Or we hope so, anyway.

We’re still learning the ropes of Core Keeper ourselves, and so these tips are based on our own experiences with the first few hours of the game. We hope we can help you along – and good luck exploring those dark and intriguing caverns.

When you first start out Core Keeper, you’ll be asked to name your world, name your character and choose a character class. This is important: each character class has a different set of starting perks. If you’re brand new to the game, we’d recommend starting with an Explorer; they come equipped with a lantern, which is a huge help when you’re exploring the caverns of the game. The Fighter is also helpful, who starts off with an improved melee skill and a copper sword.

Get yourself a pickaxe

The first thing you need to craft in Core Keeper is a pickaxe. You’ll need some wood to begin with, and thankfully the roots that cover the floor of your starting area will provide that. Use R2 to whack them, and gather the wood they drop. Head to your main menu (X on the controller) and you can craft a wooden pickaxe from there. It won’t last long, but it’ll get you started. Break down some walls and start exploring.

Look out for shiny areas

One thing you’ll need a lot of in Core Keeper is ore, which you’ll find by mining. Look out for shimmering/shining sections to the periphery of your screen in areas you’ve not explored yet. You’ll find ore here, which can be used to craft better equipment.

You can craft very basic stuff right from your inventory, but this equipment won’t get you very far. You’ll want to craft a crafting bench, which lets you create slightly more advanced equipment. Eventually, there are even better crafting benches which you’ll need rarer materials for. Essentially, keep an eye on crafting menus, and seek out the equipment you need to forever better yourself.

You have to keep an eye on your hunger levels while playing Core Keeper. Some character classes start out with some food rations in their inventory, but if you don’t, don’t worry. You can eat mushrooms, which you’ll find plenty of in the caverns. Once you’ve got enough ore to craft a cooking pot, you can get experimental with what you eat. But mushrooms will suffice to begin with.

Don’t be afraid to run away

You may stumble into an area you’re not quite prepared for yet, so don’t be afraid to turn back and run. There are a number of big bosses lurking in Core Keeper‘s cavern, and unless you’re properly kitted out, we recommend you stay away. Small slime enemies shouldn’t be a problem – you can attack with a pickaxe, but a sword is the best idea. If the area you’re in seems a bit too dangerous for now, come back later. Explore a new area of the map first.

You’ll need to craft a copper anvil at your crafting bench to be able to create some armour, so make a point of getting that sharpish. Armour gives you better protection against enemy attacks, and even if you’re planning to avoid combat for a while it’s best to be prepared if you do accidentally stumble into hostile territory. You can make wood or copper armour straight away, providing you have enough material.

Build yourself a few chests and store everything – you never know what might come in handy. Don’t throw away your old weapons, either, because with a repair bench you can fix them up, or recycle them for scrap. Essentially, be a hoarder. Everything is useful.

Dig where ‘X’ marks the spot

See an ‘X’ on the ground? There’s something buried here. You’ll need a shovel (craftable on your crafting bench), and with it equipped, you can press L2 to dig in the ground. Typically, you’ll find rarer items buried in these, so they’re always worth checking.

There’s no right or wrong way to play Core Keeper. This is a game about exploration, discovery, and taking things at your own pace. So play however you want, go in any direction that feels right, and simply have fun making new discoveries as you go along. 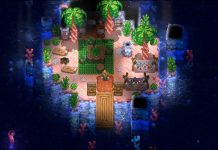 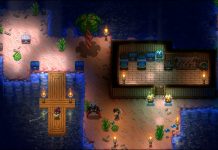 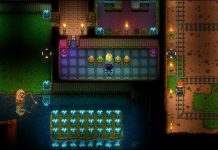