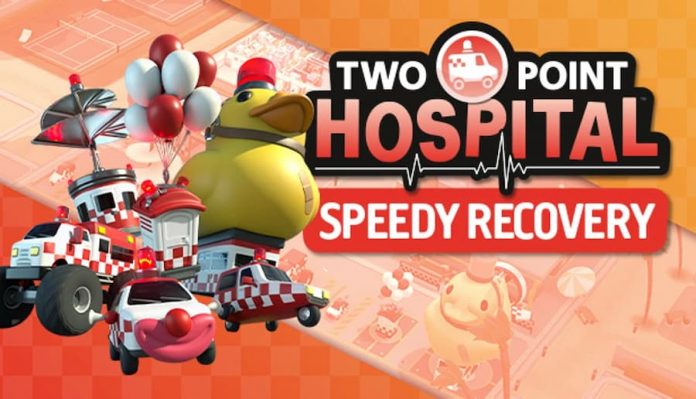 Yes, we thought that Death Stranding, which has you strap injured people to your back, was hugely suspect. But Speedy Recovery, Two Point Hospital’s upcoming DLC, looks set to take things even further.

Arriving on PC (there’s no news of a console release as yet), it’ll see you cram patients into clown cars, giant ducks and the Airloovator which resembles a less see-through version of Willy Wonka’s nightmarish Glass Elevator. What could possibly go wrong?

Suspect methods of transport aside, the DLC will add new locations, 19 new illnesses, six visual and more, the latter including the “Hive Mind” ailment which is cured by slamming patients’s heads into a giant sandwich press.

We’ve had a ridiculous amount of fun with this Theme Hospital-inspired management game (you can read our review here) so we’re definitely up for more medically questionable shenanigans. Speedy Recovery is set to arrive on PC, via the Microsoft Store and Steam Store this March 15th, priced at £6.99 with a 10% pre-purchase discount.

You’ll naturally need the full version of Two Point Hospital but if you’ve not already strapped on your stethoscope, and with Two Point Campus arriving this May, there’s no time like the patient, er, present.