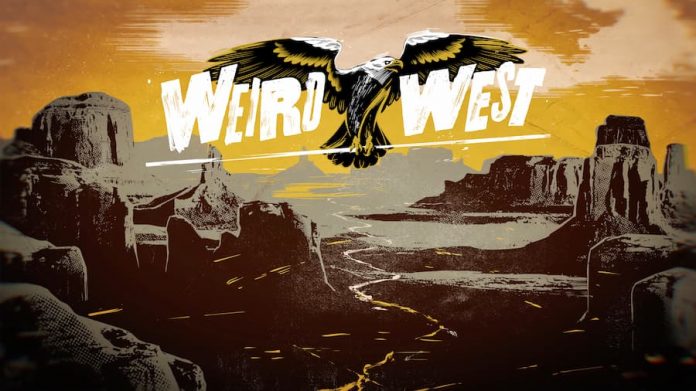 The first game from WolfEye Studios, formed by the co-creators of Dishonored and Prey, Weird West invites you to a world full of the supernatural.

In terms of gameplay, this is a far cry from what fans of Prey and Dishonored will be used to, however. With the action viewed from a top-down perspective, there are no first-person thrills to be gained from Weird West. Though while it’s perhaps not quite as immersive, there’s still a large element of player choice involved. The five protagonists you take control of during this indeed weird adventure each have their own stories, but how you make your way through them is up to you.

Maybe you might decide to sneak through areas, only killing or incapacitating those you deem necessary rather than instigating a bloodbath. It’s also up to you what weapons you employ, what perks and skills you upgrade, and who joins your posse. Of course, being a narrative-driven game, there are also dialogue choices to make, some of which may have repercussions further down the line. While there’s a set story to follow, it still manages to feel like your journey.

Each location you can visit and explore in Weird West is fairly small but cram-packed with either people to talk to, enemies to kill, or objects to loot. Often it’s a mix of two or three of those things. You’ll discover new locations as you progress through the game – pushing on with the main story and discovering side-quests. You move between them, and discover yet more, via an overworld map. And there’s a time element involved – you might need to complete an objective within a day, for example, and when it takes nearly half a day to reach the destination, there’s no time to dilly-dally. 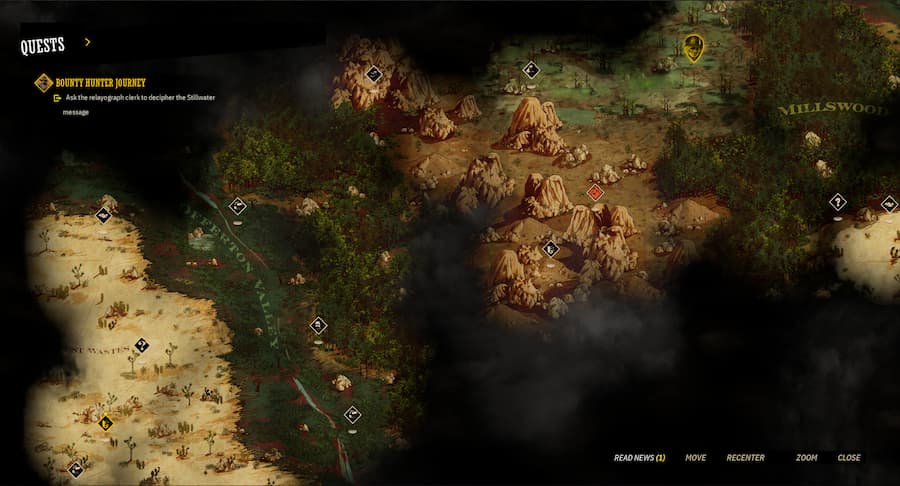 But as they say, “Fools rush in”. Fail to prepare in Weird West, and chances are you’re setting yourself up for failure. This is a tough game; even on the Story difficulty, death can come awfully quickly, especially if you’re playing on console where aiming your guns is a little slow. You need to manage your gear effectively, make sure you have an ample amount of resources such as ammo and bandages, and use the environment to your advantage. Rarely is it a good idea to engage in open combat. Instead it’s better to try and thin out your targets first, then make use of cover to finish off the rest.

You can get more gung-ho later in the game though, once you’ve found the items required to learn new abilities and a variety of perks. Each character has their own unique skill to capitalise upon, too. Jane, the first character you take control of, can slow-mo dodge much like Max Payne, shooting as she gracefully flies through the air. And additional skills she can learn include focusing the power of all bullets in the chamber of her revolver into one powerful hit, and being able to kick with an unprecedented amount of power. Though of course, the use of these abilities is limited by a gauge. 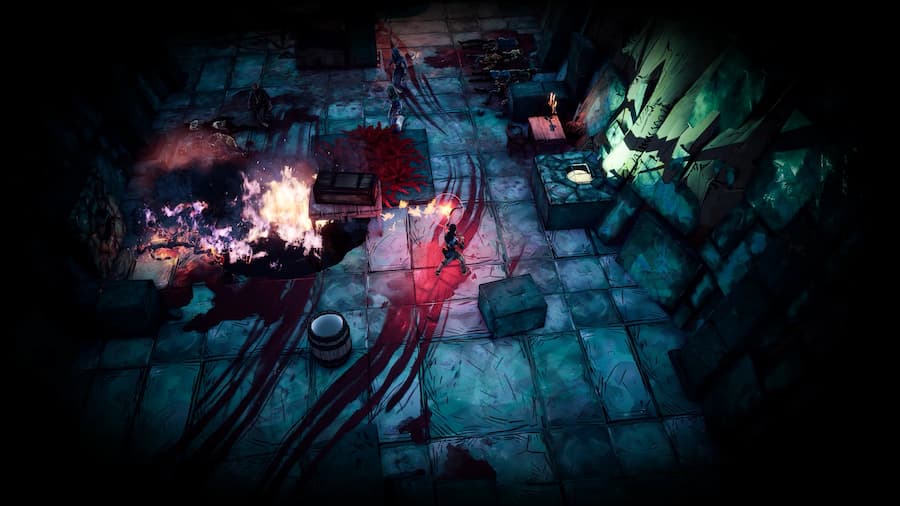 What perhaps really makes Weird West stand out from the crowd, apart from the crazy world it’s set in, are the little things. Enemies have ranks, for example, and if you take out their leader they’ll be less inclined to fight and may even run off. Sometimes killing someone may result in another holding a vendetta against you, too; who knows when they may strike. And saving someone in a desperate situation may make them a friend for life, perhaps coming to your aid when you need it the most.

Not all of the enemies you encounter in Weird West are gun-slinging bandits though. As mentioned previously, there’s a large supernatural bent here, so you’ll also find yourself up against grotesque cannibals, witches and a whole lot more. It keeps you on your toes, and keeps the story interesting – you truly never know what’s going to happen or what you’re going to encounter next. 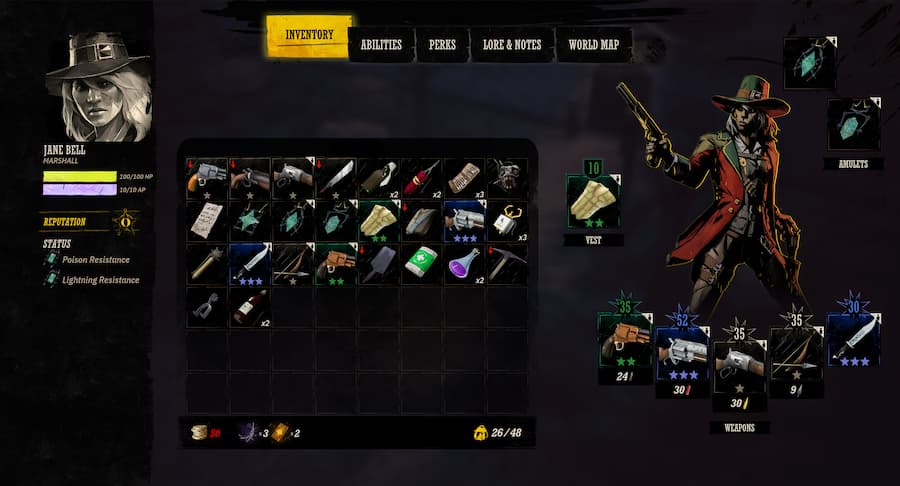 It’s just a shame that a few issues bring Weird West down a little. Aiming your weapons using a controller just isn’t as intuitive as it should be, for one. Moving the right analogue stick makes your character rotate rather than aim in a direction instantly, making hectic encounters particularly tricky. It’s also unfortunate that there’s limited voice acting. And you might get fed up of having a full inventory, too – though at least there are ways to remedy that a little.

For those what want to immerse themselves in a strange, alternative take on the Wild West and unravel a mysterious story, Weird West should do the trick. This is an engaging action RPG that while narrative-driven, still gives players a large amount of choice. And though there are some issues, they’re worth bearing with to see each of the game’s protagonists journeys through to their end. As the first game from WolfEye Studios, this is a very commendable effort indeed.

This review of Weird West is based on the PS4 version (played on PS5), with a code provided by the game’s publisher. It’s available on PS4, Xbox One and PC. 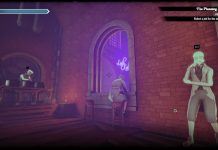