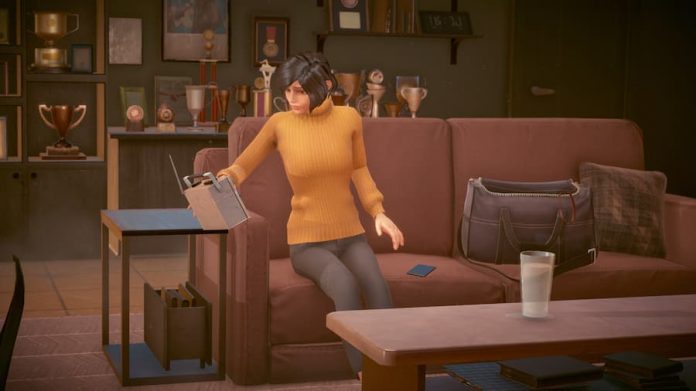 A Memoir Blue‘s Steam page describes the game as an “interactive poem”. And, although it’s devoid of words, that’s a pretty accurate way of putting it.

From developer Cloisters Interactive and published by Annapurna Interactive, A Memoir Blue isn’t exactly a game. It’s an interactive experience, taking you through the often-surreal memories of a woman called Miriam. She looks back upon her childhood and, primarily, her relationship with her mother. It seems she’s had a complex and turbulent upbringing.

But what you take from A Memoir Blue is, at times, open to interpretation. Free of words or dialogue, events play out in short scenes. Present-day Miriam is usually on screen, depicted with a realistic 3D art style. She’ll often be accompanied by a younger version of herself and her mother, both brought to life in a cute 2D cartoon style. It’s an interesting and effective choice.

The story unfolds over a 60-90 minute period – and there’s little reason to go back and play again. It’s a very short experience, then, but that’s reflected in its budget price. The hour or so you spend with the game, though, will be largely enjoyable as you decipher Miriam’s memories.

We perhaps expected a grander story to unfold, however; this is a small story, all things considered, that touches upon normal childhood emotions. It is in fact based on the real experiences of game director Shelley Chen – which you can read more about here. Being grounded in reality and small in scope does mean that more of us are likely to connect with it on a more personal level. 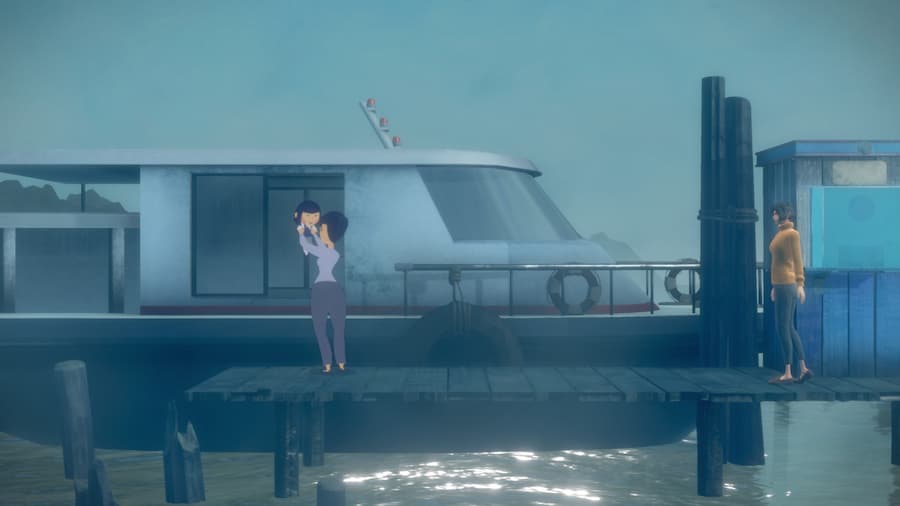 We’ve already said that A Memoir Blue isn’t exactly a ‘game’, but it isn’t free of any interaction. You, the player, will need to take various actions along the way to progress from one scene to the next. Perhaps you might click on a lightbulb to light it up, or you might drag a cursor across a window to clean it.

The actions don’t really add much to the storytelling, which is a shame since they’re the only input you have. It feels like A Memoir Blue would be much more immersive on a tablet or other touchscreen device; as it is, using a controller can feel clunky and unintuitive. Moreso, it often just feels pointless. Why click on a streetlight when it bears no real relevance to Miriam’s story? 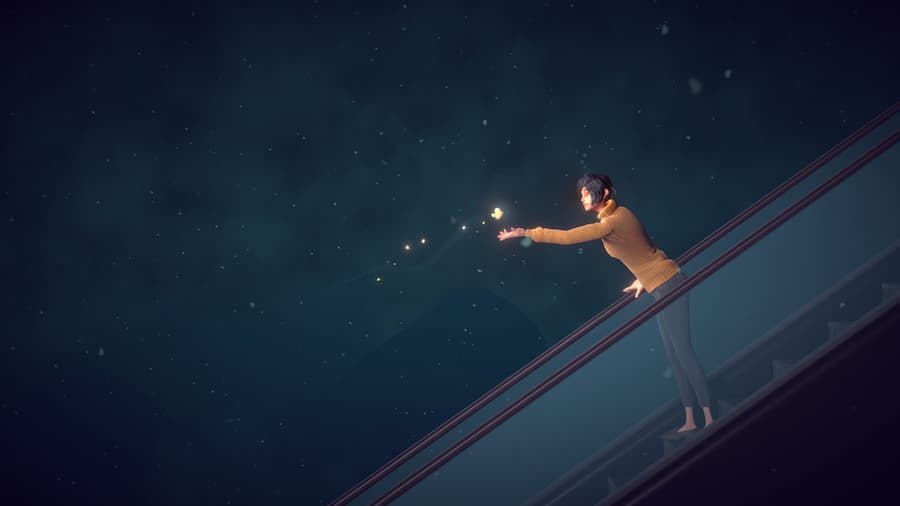 Maybe those interactions are largely an artistic choice, because A Memoir Blue certainly has beauty going for it. It’s a fantastic visual experience that doesn’t need to rely on cutting-edge graphics to impress. There’s an excellent use of light and sound to portray feelings and emotions – the soundtrack alone is worth a purchase, thanks to a beautiful score composed by Joel Corelitz, and original songs from Imogen and e.hillman.

There’s a lot to praise about A Memoir Blue. It looks and sounds beautiful, and feels almost experimental in its design – it’s always a joy to see small developers trying something new. But it does leave a little to be desired; its short narrative fails to deliver any real punch, and when the credits roll you may be left thinking “…is that it?”. But considering its small asking price, we can’t really complain. If you enjoy narrative-led journeys, particularly those that deal in human emotion, A Memoir Blue is worth picking up.

This review of A Memoir Blue is based on the PS5 version of the game, via a key supplied by the publisher. It’s available on PS4, PS5, Xbox One, Xbox Series X/S, Switch and PC.