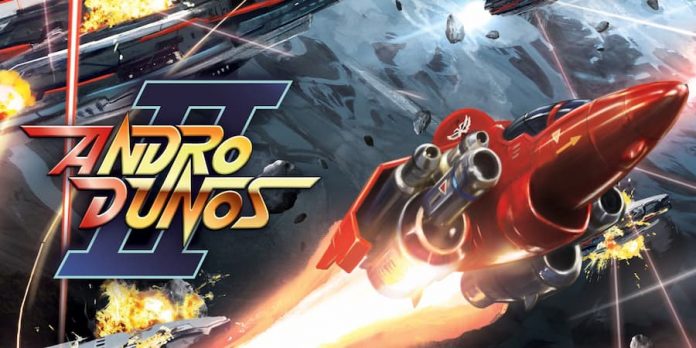 While Andro Dunos 2 may look, sound and play like a game from 30 years ago, it’s actually brand new. It’s also rather good.

The original Andro Dunos was indeed released 30 years ago, and for Visco, its developer, it was the first title created for both NeoGeo home and arcade platforms. Why, after all this time, Picorinne Soft has decided to make a sequel is beyond us. But when Andro Dunos 2 is so much fun to play, it doesn’t really matter.

With its pixelated visuals and old-fashioned soundtrack that gets you hungry for action, Andro Dunos 2 really does give the impression that it’s a blast from the past. Everything about it feels old-fashioned, for better and for worse.

Jump into the options screen and you’ll find that you can select from three difficulties, change the number of continues available, and tweak the controls to your liking. But if you’re not keen on playing within a 4:3 box in the middle of your screen, you’ll be disappointed that there are no display options. Some might have even liked adding a CRT filter. But no, you can’t. 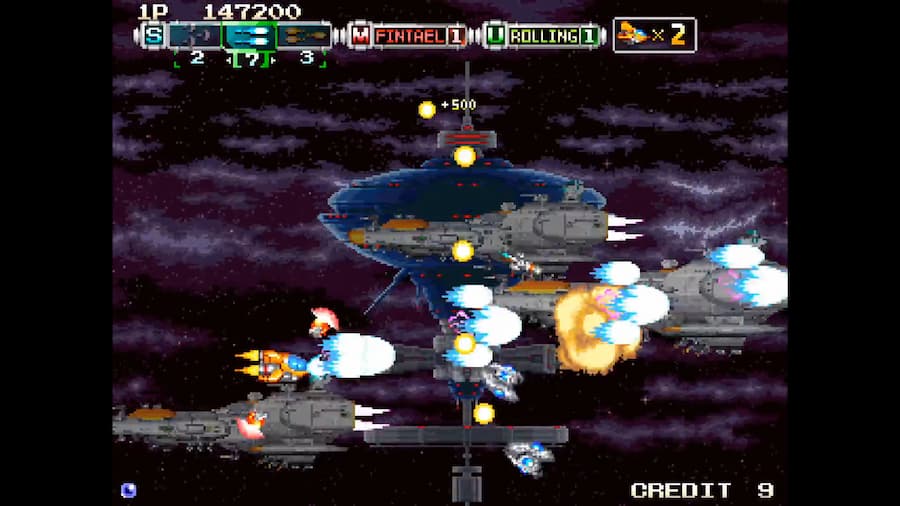 When you begin playing Andro Dunos 2, however, much is forgiven. There’s nothing really original here, but it gets the basics right. Moving from left to right, you shoot a varied assortment of advanced craft and lifeforms that stand in your path. And at the end of each of the game’s stages, there’s a challenging boss for you to overcome. It’s shoot ’em up 101.

Keeping the action interesting though, is the fact that you can switch between four shot types at any time. Each one is suited to a particular situation, so it’s up to you to make good use of them. The characteristics of your secondary fire and shield also change with each fire type. Add in the fact that power-ups can be collected, independently increasing the power of each fire type, and you have some tough choices to make. Do you upgrade your fire types equally, or focus on your favourite? 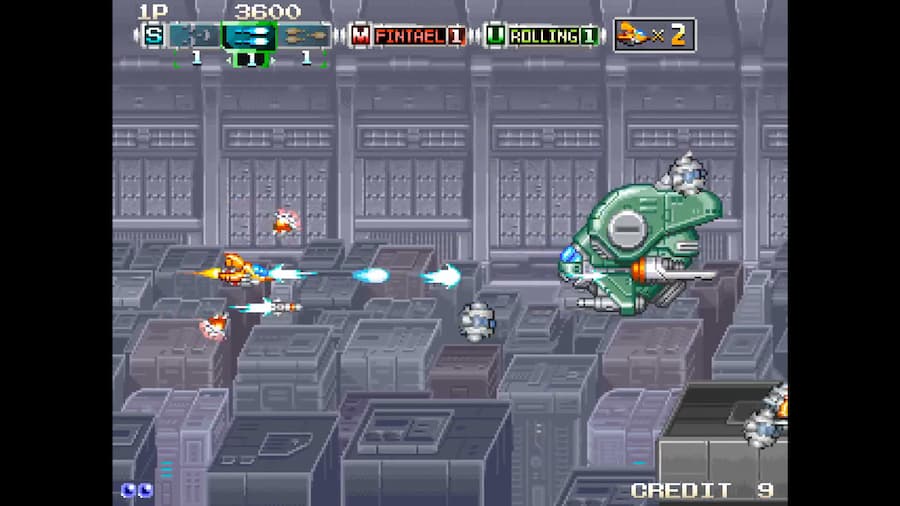 Andro Dunos 2 has a unique take on the typical bomb mechanic, too. Hit the special fire button and instead of a screen-clearing attack being instigated, your selected fire type will instead be powered up for a short while. Your use of this ability is not limited, but there is a caveat: for a short period after using your special fire you’re unable to change your fire type, and it’s reduced to its most basic level.

The biggest problem with Andro Dunos 2 is that once you’ve completed it, there aren’t all that many reasons to return. Although perhaps more than you might think. You see, you could be forgiven for thinking that the Stage Select option purely allows you to jump into any stage you’ve previously completed, but no: it’s actually where you’ll find a Boss Rush mode once you’ve completed the game. Other than that, there are two additional levels for you to unlock, but that’s it. 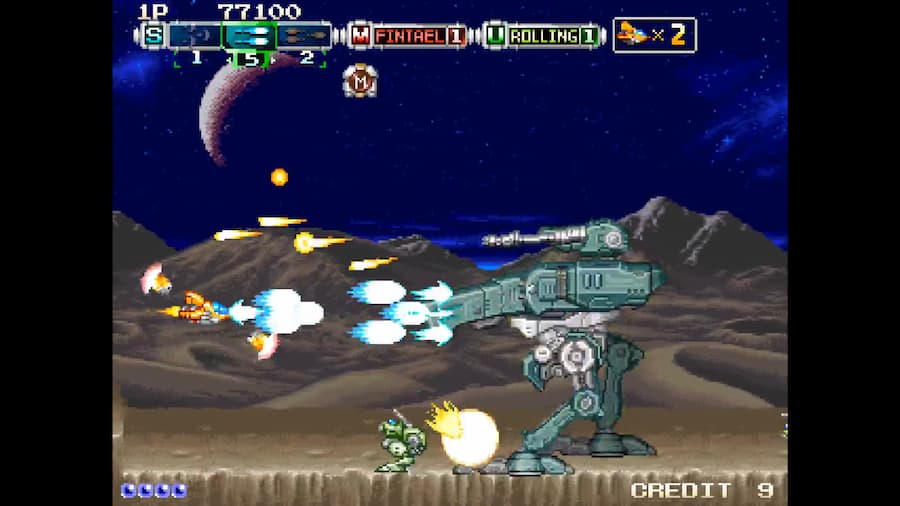 Don’t go thinking that high score chasing might get you addicted to Andro Dunos 2, either; its leaderboard is local only, so unless you have friends or family members that are also eager to play and very competitive, it won’t really spur you to keep going back.

It’s shame that Andro Dunos 2 doesn’t have more modes. And a lack of online leaderboards and display options in this day and age is perplexing. But still, there’s a very well put together shoot ’em up here for anyone keen on some old-school action. It doesn’t do anything particularly new, but its gameplay truly shines, making this very much worth playing.

This review of Andro Dunos 2 is based on the PS4 version, with a code provided by the game’s publisher. It’s available on PS4, Switch and PC.