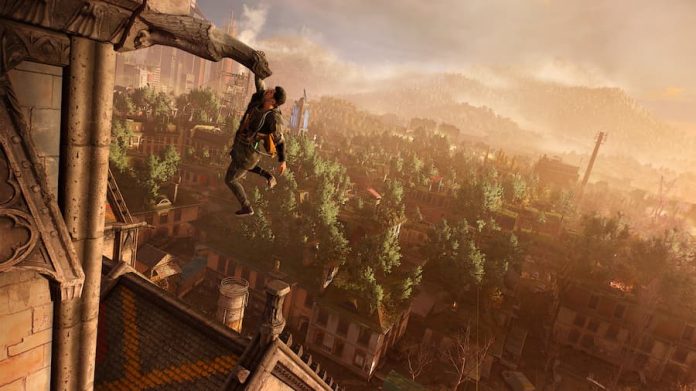 Dying Light 2’s Villedor is not an easy place to live; you’ve got the undead trying to eat your brains and survivors who are relentlessly needy, hateful or both.

So why not make things a little tougher? The next patch for Dying Light 2 (or Dying Light 2: Stay Human to give it its full title) adds a New Game+ mode which will let you replay the whole game, but with enemies who’ll scale with you.

In other words, you won’t get the satisfaction of effortlessly annihilating the shambling undead, or the game’s human foes, just because you’re level one zillion. The foes will get tougher as you get tougher and, if you want a real challenge, the update will add extra special challenges, marked with golden icons.

PlayStation 5 and Xbox Series X players will also get access to a FOV (field of vision) slider, allowing them to alter protagonist Aiden’s perspective. We always get a kick out messing with FOV settings though, once the shenanigans are over, we typically end up sticking with the default. It’s a neat option to have, though.

The update, 1.3.0, rolls out tomorrow and also brings a range of fixes, including co-op ones. If you’ve yet to tackle this zombie parkour game, it’s available on PS4, PS5, Xbox One, Xbox Series X/S and PC. You can check out our review here.