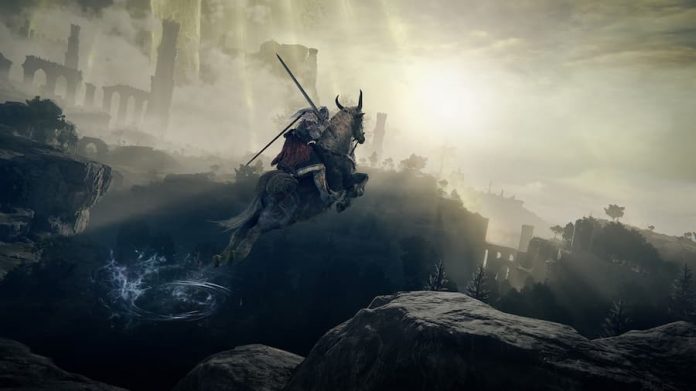 Did you know Elden Ring has a tutorial area? If you did, congratulations. If not, Elden Ring’s latest patch is for you.

The patch, 1.04, does add some other fixes (you can find the full patch notes here) but the biggest change is that it includes a big pop-up telling you where the tutorial area is. “Hang on,” you might be thinking.. “Who just stumbles past a tutorial without knowing it’s there?

The answer, as it turns out, is quite a lot of people and there’s a very good reason why. The tutorial area is down in a cave and an NPC urges you to leap down there if you want to learn more. The problem is that the Soulsbourne games have a history of fake messages, planted by people who want to lure others to their deaths. So it’s not surprising that, faced with taking a leap into a dark pit, some people have walked on by.

Now, the moment you pass the message an actual box turns up on-screen, advising you that jumping into the cave will serve as a tutorial. Given that Elden Ring players trolling is limited to glowing messages placed on the ground, people will hopefully take this message at face value and not just walk on by.

Elden Ring is available now on PS4, PS5, Xbox One, Xbox Series X/S and PC. You can check out our review here.