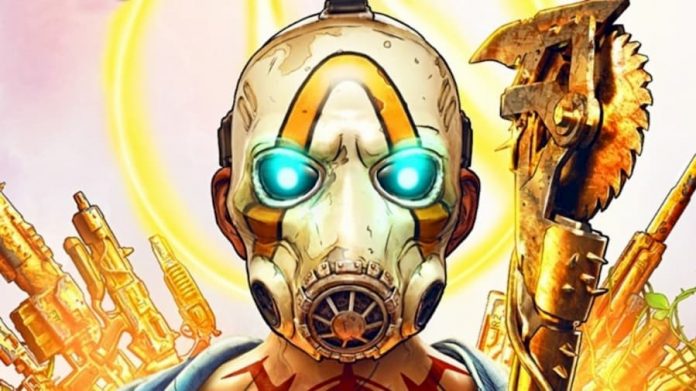 Borderlands. You either love it or you hate it.

And if you’re here, you probably love it. C’mon, what’s not to love? Stupid, funny dialogue! So much loot! Weird enemies to shoot! Claptrap! Yes, we’re self-confessed fans of the series. But not every Borderlands game has been made equally. We’re here to rank the Borderlands games from worst to best.

The series first began way back in 2009 with Borderlands. Since then it’s grown to have three direct sequels and a bunch of secondary spin-offs. For us, each and every game in the series has its merits (well, almost) but some shine much brighter than others. Read on to see where we rank each Borderlands game from worst to best, and find out where your favourite sits. 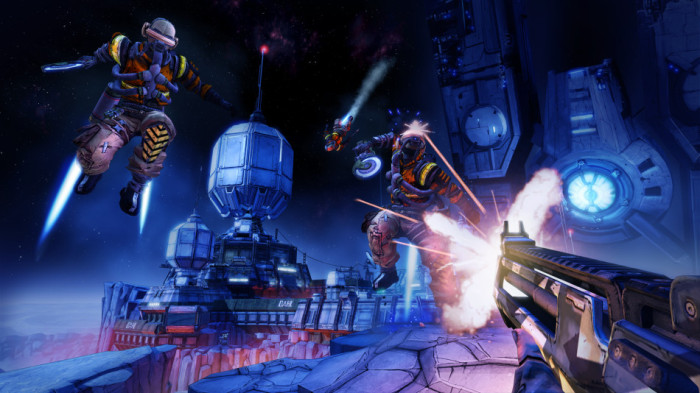 Borderlands: The Pre-Sequel is the only game from the Borderlands series that we’d say isn’t very good… but even that’s rather subjective. It’s not a bad game. It’s just the weakest of the bunch. Released three years after Borderlands 2, it’s set between the events of the first two games. It also crosses over into Tales from the Borderlands, the spin-off narrative-focused game from Telltale. There’s a lot to like – its characters, for example, were all featured in previous games. It even lets you play as Claptrap! And its story revolves around Handsome Jack, perhaps one of the best things about Borderlands 2.

But Borderlands: The Pre-Sequel sees you floating around space a lot, requiring you to constantly replenish your oxygen supply. It’s a clunky and unnecessary mechanic, one that detracts away from what we love about Borderlands games: the carnage! The loot! And so yes, we’re sorry, Pre-Sequel, but you’re the worst-ranked Borderlands game for us. 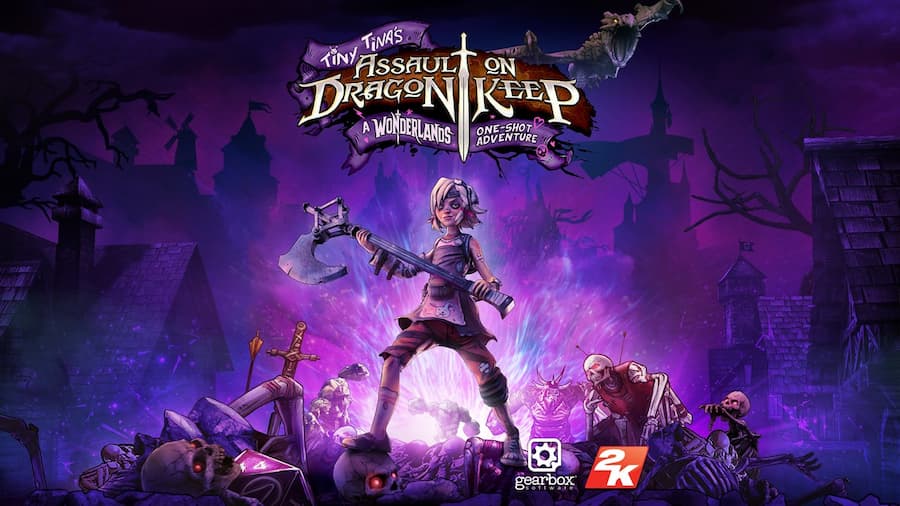 We weren’t sure where to include Tiny Tina’s Assault on Dragon Keep: A Wonderlands One-Shot Adventure at all. This is a weird one: it started out life as a piece of Borderlands 2 DLC before getting a standalone release last year. But because of that standalone release, we will include it. Because it is a Borderlands game you can buy.

But why the low position? Well, simply because it’s a nine-year-old piece of DLC. Granted, an excellent piece of DLC, but chances are if you’re playing Borderlands 2, you’ll also be playing its multiple DLC packs. Assault on Dragon Keep is one of the best – we’ll forever love its Game of Thrones references, particularly a mission that centres around slapping King “Jeffrey” – but it really didn’t need to be a standalone game.

5. Tales From The Borderlands 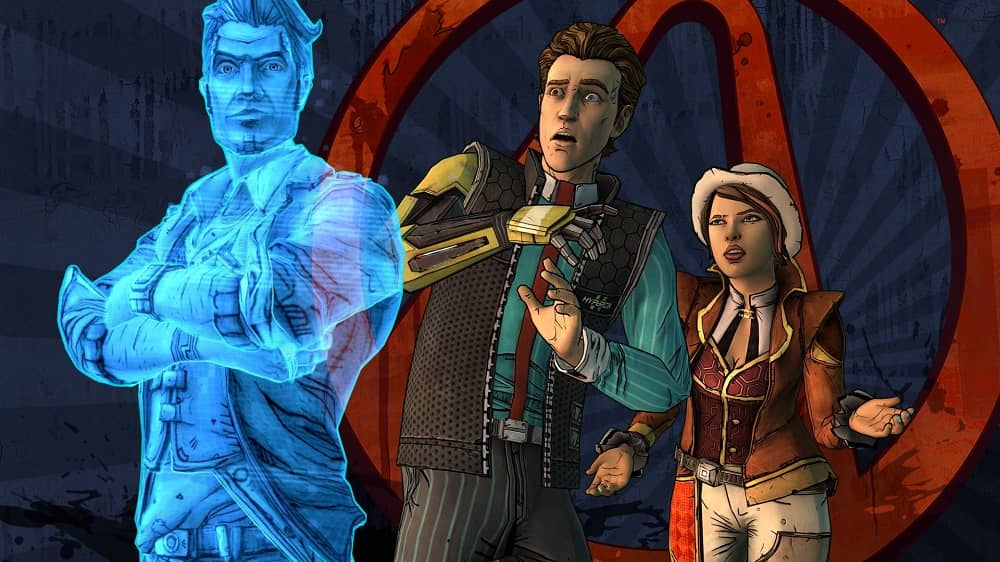 And, granted, those are stories really worth telling. Borderlands thrives when its narrative is strong, and the games ranked highest in this list are the ones whose stories we’ve loved. We really loved getting to know more about the series’ excellent characters, but without that fast-paced gameplay, it just isn’t the true Borderlands experience to us.

Read our Tales from the Borderlands review

Buy Tales from the Borderlands on Amazon 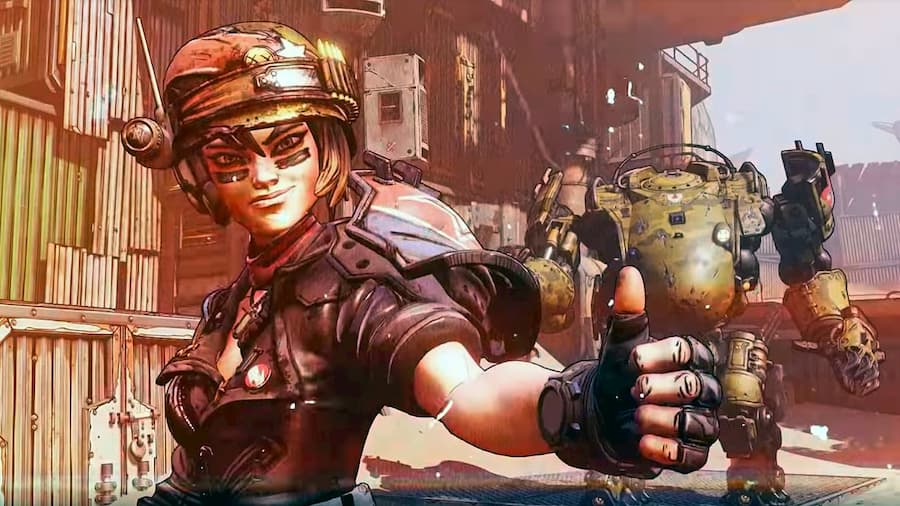 Now we’re getting into serious territory. From this point onwards, it’s been difficult for us to rank the Borderlands games from worst to best. They’re all bloody good. But Borderlands 3 juuuust misses out on a higher spot. As much as we love the traditional gunplay and the bigger, wider world to explore, we think Borderlands 3‘s story is just a little bit lacking.

There’s no villain we love to hate here. Sure, The Calypso Twins are fine, but they don’t have the same allure and presence as Handsome Jack. When they show up on our screen, we roll our eyes, rather than grin as we would at Handsome Jack. But it’s a small complaint. There’s otherwise a lot to love here, including multiple planets to visit, new characters to play as, and perhaps the longest campaign to date. It might not be the best Borderlands game ever, but it’s still great. 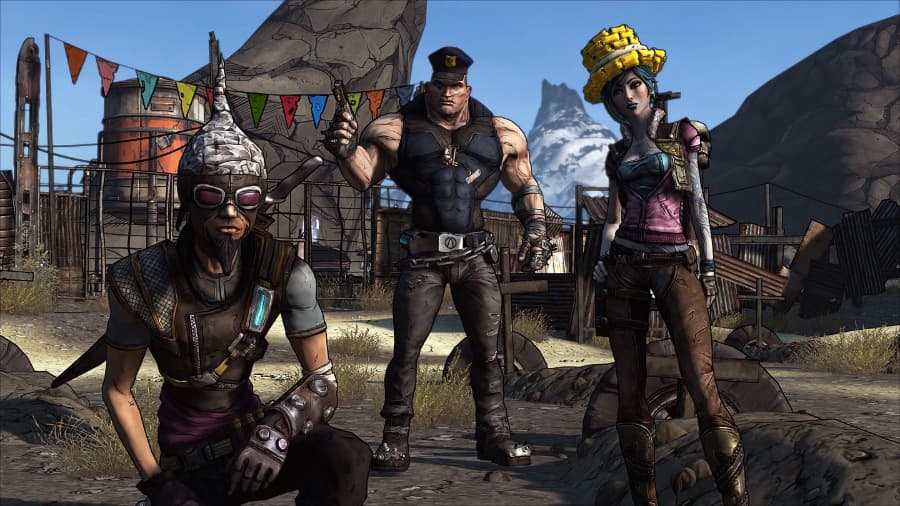 The original Borderlands is still one of the best Borderlands. Sure, it may have been superseded by a couple of titles, but there’s a lot to love in this original visit to Pandora. And considering it’s almost 13 years old now, it holds up exceptionally well – particularly if you’re paying the Game of the Year Edition, re-released on PS4 and Xbox One in 2019.

Borderlands will always hold a place in our hearts for introducing the series. And doing it so well. The humour is on point, Pandora is a fascinating world to explore, and the NPCs we meet along the way are faces we’ll never forget (T.K. Baha, we salute you). Considering the world here is small compared to later entries to the series, there’s still so much to see and do, and the wealth of side missions will keep you entertained for hours. Its story may be the simplest of all three mainline Borderlands game, but that’s what makes it so great. Borderlands never tries to shoehorn in too much, and everything lands just right.

Read our Borderlands: Game of the Year Edition Review

Buy Borderlands: Game of the Year on Amazon 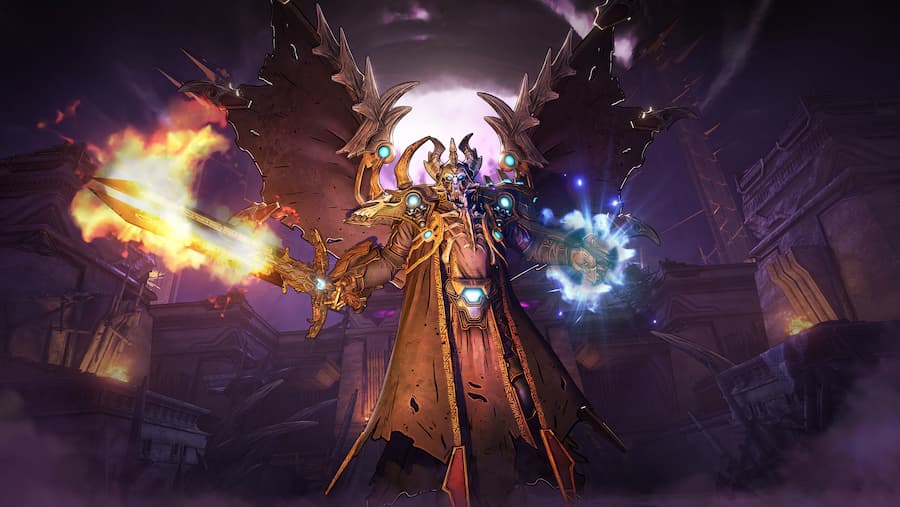 Is Tiny Tina’s Wonderlands a controversial choice to rank as the second best Borderlands game of all time? Maybe it is. But we’re standing by it. We love just about everything about Tiny Tina’s Wonderlands. It contains just about everything we love about the Borderlands series, wrapped up in a new, exciting package. And it contains the voices of Andy Samberg, Wanda Sykes and Will Arnett. What more could you ask for?

In terms of gameplay, Tiny Tina’s Wonderlands feels almost exactly like a Borderlands game. You move, you shoot, you loot. But it’s set apart by its unique presentation: you’re playing a D&D-inspired tabletop game presented by none other than Tiny Tina. And so your actions are narrated by her, meaning all sorts of crazy stuff is bound to happen. And it does, of course. We loved every minute of it. It’s the perfect spin-off to the Borderlands series: all the action we know and love, with a new narrative twist that moves away from Vault Hunting. 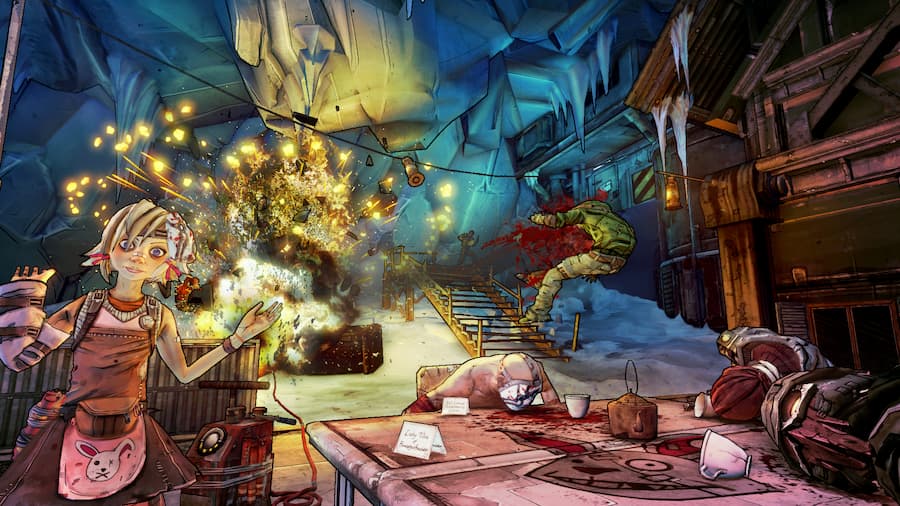 Here it is: the highest ranked Borderlands game of all time is… Borderlands 2. If you’re surprised, you shouldn’t be. Released three years after Borderlands, this sequel took everything that made its predecessor great and… well, made it better. We got a new cast of playable characters , a bigger and better story, and one of the most memorable villains in any video game franchise, ever. What can we say – we just love Handsome Jack.

While the base game of Borderlands 2 provides more than enough entertainment – there’s dozens of hours of story and side missions – when you consider all of the DLC content, you’ve got a real treat on your hands. Grabbing a ‘Game of the Year’ edition which includes everything won’t cost you very much at all, and that will give you access to several new story expansions, like Tiny Tina’s Assault on Dragon Keep, Sir Hammerlock’s Big Game Hunt and more. And it’s the game that first introduces us to Tiny Tina. There’s so much to love, and no matter how much Borderlands 2 we play, we’ll never get tired of jumping back in. 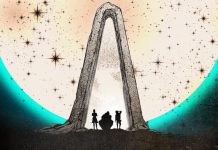 A Tales from the Borderlands Sequel is Coming This Year