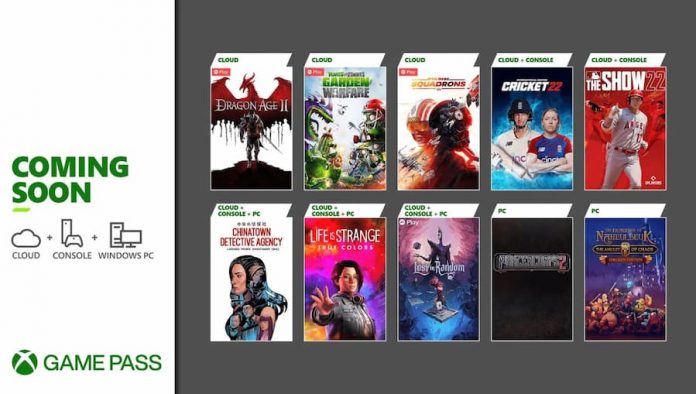 We’re five days into April, and so it’s only fitting that we’d get an Xbox Game Pass update from Microsoft.

Six new games are coming to Xbox Game Pass, while several others are getting added to different parts of the service. There’s an excellent selection of games to look forward to in the next couple of weeks, with some day one releases and two very excellent games from 2021: Life is Strange: True Colors and Lost in Random.

If you’re a Game Pass Ultimate subscriber, three more EA Play games are getting added to the Cloud. From 7th April, you’ll be able to play Dragon Age II, Plants vs Zombies: Garden Warfare and Star Wars Squadrons without installing them on your console, or wherever you are via your mobile phone.

In terms of day one releases, MLB The Show 22 is available on Xbox Game Pass from today – the same day it launches for everyone. On 7th April, Chinatown Detective Agency will also become available, a brand new point and click adventure set in an intriguing cybernoir world.

Here’s the full list of everything you have to look forward to on Xbox Game Pass in the first half of April 2022:

Of course, new games arriving on Xbox Game Pass means that a handful more will be leaving. On 15th April, MLB The Show 21, Rain on Your Parade, The Long Dark and Pathway will all be leaving the service. And on 18th April, F1 2019 will be leaving.