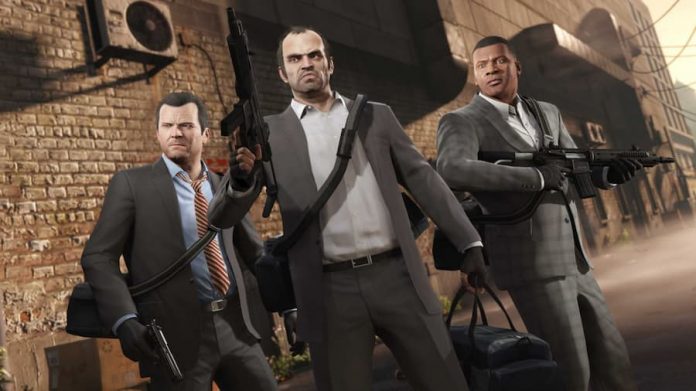 In case you somehow missed it, last month, a next-gen version of GTA V became available on PS5 and Xbox Series X/S.

Well, we say ‘next gen’. PS5 and Xbox Series X has been around for 18 months now. It’s about time we started calling them ‘current gen’, but it’s a habit that’s hard to break. Whatever you want to call them, they now have a native version of Grand Theft Auto V. And thanks to numerous enhancements, they’re the best versions of the game yet.

We’re not quite at the stage where GTA V has been ported to a pregnancy test, but this nine-year old game has been around the block a few times. Originally released on PS3 and Xbox 360 in 2013, it was enhanced for PS4 and Xbox One a year later. And now, seven years on, it lands on its third generation, feeling just as relevant and modern as ever.

It’s a testament to Grand Theft Auto V, really, that despite its age, it still manages to feel like a modern open world game. Whether you’ve played it or not, you’ve surely heard of it, and are aware of the impact that the GTA series has had on the gaming industry over the years. Nothing is more telltale than the fact that nine years after its initial release, Grand Theft Auto V still manages to float near the top of the sales charts, month in, month out. That’s absurd.

And so, this isn’t any ordinary game we’re talking about. This is a force to be reckoned with. It’s often cited as one of the best games of all time, and it’s not hard to see why. Grand Theft Auto V puts players in control of three characters – Michael, Franklin and Trevor – and provides a whole city, Los Santos, to run free in. Of course, there’s a huge story to follow, showing us the capers of this bank robber, gangster and drug dealer first-hand. But there’s also a living, breathing city to explore. Ride a bike, drive a car, go hang-gliding. Whatever. That’s without even mentioning GTA Online, a separate experience which allows you to live your own Los Santos life. 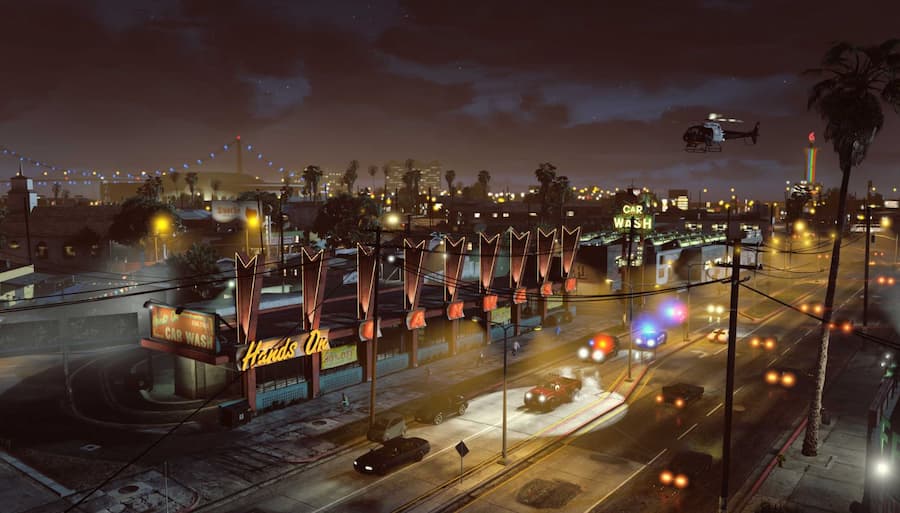 We’ve spent some time with the PS5 version of GTA V, and it’s an excellent port. It’s impossible to imagine that you’re looking at a two-generations old game, frankly. It’s as visually impressive as many new games, and if you were to compare it to the original version, it’d be a night-and-day difference. Playing at 60fps feels as silky as you’d expect, and 4K visuals (sadly, you can’t have both at once) really make Los Santos look more stunning than ever before. But even the drop in fidelity allowing for that framerate boost leaves GTA V looking dapper.

Then there’s the boost in loading times to consider, and the implementation of DualSense functionality. It’s quicker to get into the actual gameplay than ever, and when you do, you find yourself more immersed. But we’ve waxed lyrical about the PS5’s features plenty of times before. You know what you’re in for by now.

Perhaps the most impressive thing about the PS5 version of Grand Theft Auto V, is that it’s only £7.50/$9.99 until 14th June. That’s an absolute steal. That’s not the price to upgrade an existing version: whether you own the game or not, if you have a PS5, it can be yours for £7.50. Why? Well, Rockstar launched the game at a reduced introductory price anyway (it’s £14.99/$19.99 on Xbox Series X). And until 14th June, Grand Theft Auto Online is free to all PS5 owners, when it should cost $9.99. And so to compensate, the price of GTA V has been cut in half.

But it’s only that price until mid-June. So if it’s not in your library yet, make sure to grab it before it’s too late. Even if you’ve played it before, it’s worth jumping back into the best version ever for such a low price.