Update 1/4/2022: It turns out we (like many other sites) were right to be suspicious. Konami have confirmed to TechRadar that the site has nothing to do with them and they ‘”.. are currently considering how to deal with this site.”

The spokesman also told TechRadar, when asked what they were doing about the anniversary, “There is nothing we can say right now.” You could, optimistically, take that to mean there’s something in the works though, knowing Konami, we’re inclined to think it’s a) nothing or b) NFTs.

It’s Metal Gear’s 35th anniversary and a strange website has popped up, apparently celebrating the occasion.

If, at this point, you’re scratching your head, confused as to how it can be 35 years since Metal Gear Solid came out, don’t worry. Yes, Metal Gear Solid was the game that introduced an awful lot of Metal Gear fans to the series, and to its on-off-on protagonist Solid Snake. But, in fact Hideo Kojima’s first two Metal Gear games were released for the Sony MSX2 home computer, way back in 1987 and 1990.

So, it makes sense that Konami would celebrate the anniversary with a website, a site that could, potentially, tease something more. Head over to the site, www.metalgear35th.com, and you’re greeted by large exclamation mark, with 35th in place of the dot. When one of the series’ guards is alerted, an exclamation mark appears of their head so, at first glance, the site makes sense.

Whether it is Konami’s doing is another question entirely. We used a “WHOIS” site to look up the domain details, and found site has no obvious connections to Konami.com; for example, it uses a different host. The WHOIS does, however, tell us that the domain was registered on March 30th, just two days ago. There’s a piece of javascript attached to the site that, currently unused, features an age-check but that doesn’t mean much, nor does the fact that it has a clickable link to Konami – anyone can add one of those.

Will we be keeping an eye on this site? Absolutely. Though, if we’re honest, if it is legitimate we’re not super excited about Konami’s plans. Why? Because the company, who published the series, celebrated Castlevania’s anniversary by putting out NFTs. Yes, we’d love to see an HD remaster of the first two Metal Gear games but that seems unlikely. We’ll keep you updated if we learn more. 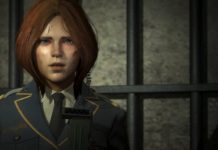 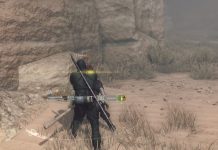 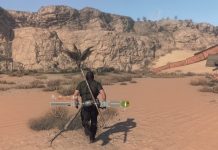 How to Get Clean Water in Metal Gear Survive