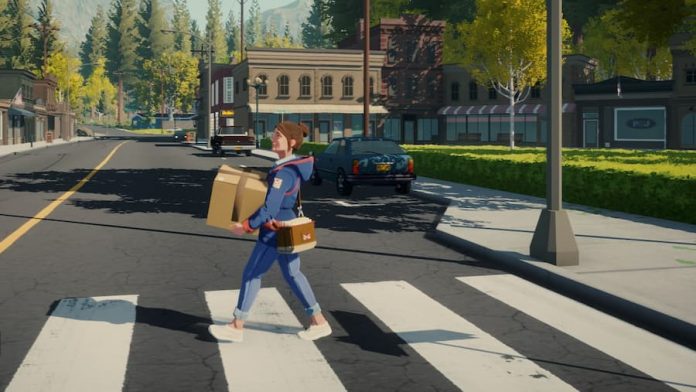 A game about delivering mail around a sleepy American town? Sounds sort of dull. Perhaps it is, but that’s what makes Lake so special.

Lake casts you as Meredith Weiss as she returns to her picturesque hometown of Providence Oaks. She’s been away for twenty-odd years, but she needs a break from her high-powered city job in computer tech. Also, her dad needs someone to fill his role as the town’s mailman while he’s on vacation. It seems the stars do align occasionally, and so Meredith steps back into her old life for a little while, taking on her dad’s job temporarily.

Your time with Lake will be spent driving around the gorgeous small town of Providence Oaks – affectionately shortened to PO by its locals – delivering packages and letters to its residents. There’ll be a lot of old faces for Meredith to meet, and so you better be prepared to engage in conversation and answer a lot of questions about where you’ve been for the last two decades.

While you do have some dialogue options to make, and so can decide how open Meredith chooses to be about her life, she’s a rather closed person. You’ll never get a full picture of what her life in the big city was like; it’s down to you to piece together snippets from the conversations you do have. But what is clear is that Meredith’s life has completely revolved around work, and her return to Providence Oaks marks a much-needed break. Or is it just an inconvenience that’s taking her away from her real life?

Over the course of two in-game weeks, you’ll engage with the residents of Lake‘s pretty town, forging new friendships, rekindling old ones, and even starting something romantic. If you want it, of course. Meredith’s actions are largely down to you. She can simply do her job, returning home to work on projects for her boss back in the city if you choose. Or she can spend her free time socialising, perhaps realising how fulfilling small town life can be. 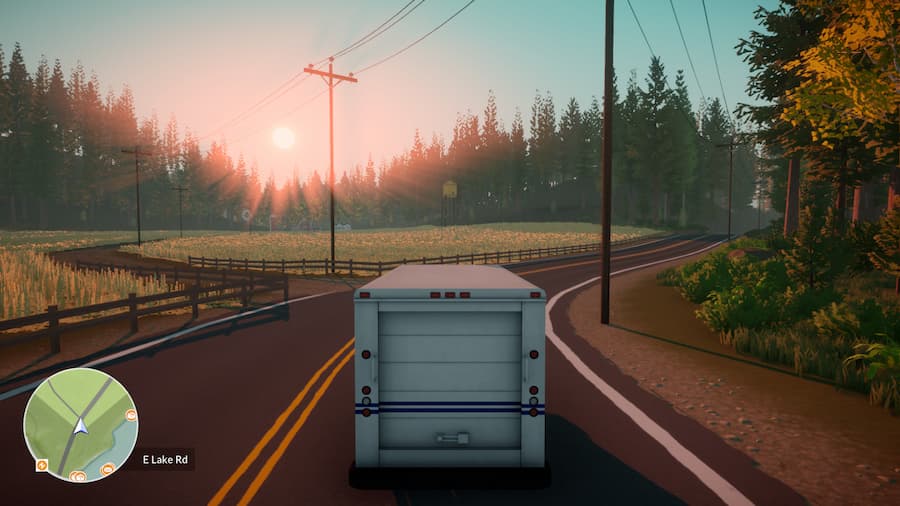 There’s something rather magical about Lake‘s Providence Oaks. We’ve wrote before about the wonderful video store, a place brought to life with mocked-up movie cases reminiscent of actual 80s films. But the whole town has a similar charm. There’s the general store, with its less-than-friendly owner. A lookout tower nestled in the woods, which Meredith can climb to watch the world go by below. And there’s even a crazy cat lady, who always has something for Meredith to do outside the remit of a postal worker. From the lakeside campside to the motel and the traditional pit-stop diner, every part of Providence Oaks feels real, and it’s a delight to explore.

The day-to-day tasks of Lake can get rather repetitive, sure. You’ll deliver letters and parcels to the same houses and the same streets day after day. But it’s the little stories that unfold as you go which makes you eager to keep starting a new work day. There’s the friendship – or more – that Meredith can forge with the video store owner. And there’s her old best friend who she can reconnect with. Or the slightly-shady people living in a camper van. Even her boss at the post office is up to something unsavoury.

There’s also one or two stories that Lake never really evolves, but instead leaves you to draw your own conclusions. For example, there’s a very shoddily-packaged chainsaw which Meredith delivers to an abandoned shack out in the woods. That deserves some questions to be raised, surely? It leaves us to form our own conclusions, which is a great touch – but it’s a shame that, considering Meredith is usually so keen to offer up a comment or two about a delivery (“huh, looks like a party invitation” or “wow, this is heavy”), she has absolutely nothing to say about delivering such a parcel to a derelict house. 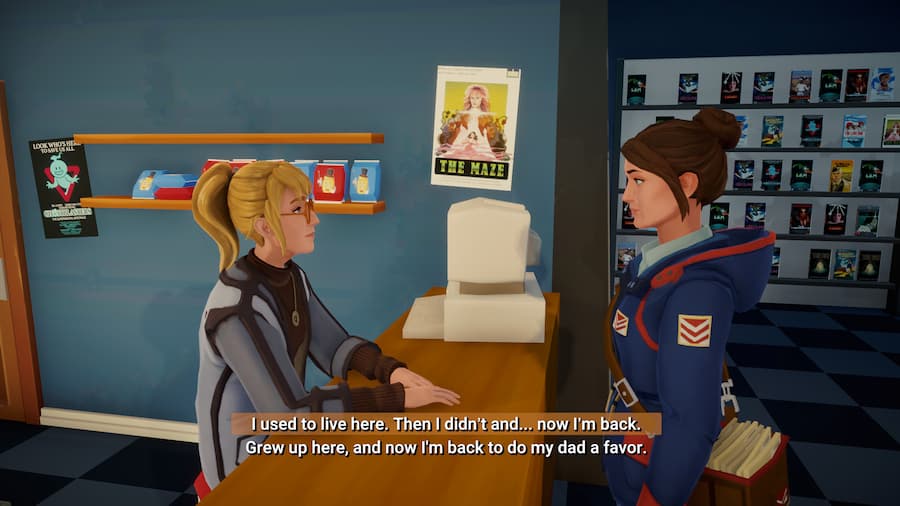 We also encountered a couple of random glitches which broke some of the immersion Lake tries so hard to create. The biggest one involved the duo camping out in by the lake. If you choose to engage with them, you’ll learn that they’re leaving to start a new life in Canada, and they’ll be abandoning their camper van at a nearby gas station. You’ll be invited to spend their last night with them. But return to the campsite after they’re supposedly gone, and you’ll find their character models still wandering around, with nothing but a generic line of dialogue to say. It’s easily forgiven, sure – particularly as we had no narrative reason to be back at the campsite – but it did jolt us back to reality, shattering the illusion that Lake had so far created for us.

Glitches aside, we enjoyed every moment of our time with Lake. This six-or-so hour adventure forces you to take things slowly; to stop and think. That’s something we all could do with more of in this hectic, stressful world. Meredith may be fictional, as may be the gorgeous Providence Oaks, but the life choices she ponders during the course of the game are something we can all relate to. If you’re anything like us, you’ll rue the credits finally rolling, wishing you could continue to deliver mail in that small, sleepy town forever.

This review of Lake is based on the PS5 version of the game, via a code provided by the publisher. It’s available on PS4, PS5, Xbox One, Xbox Series X/S and PC. 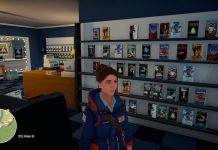 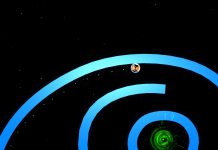