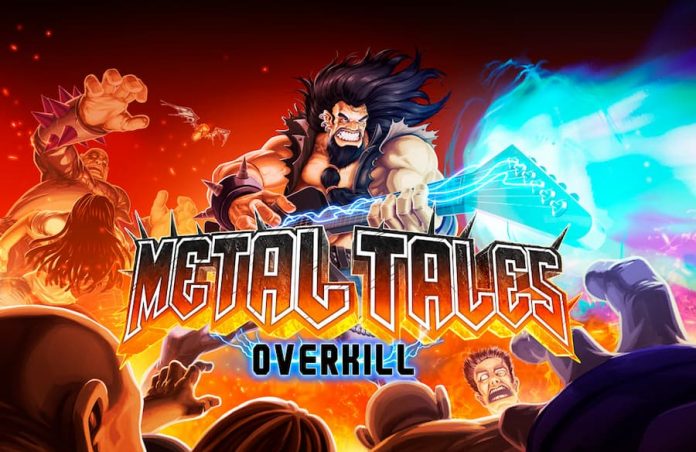 The guitar gods have been possessed, and through them, the metalheads. Now it’s up to you to sort this mess out.

That’s the setup of Metal Tales: Overkill, a guitar-based, twin-stick shooter with roguelike elements from Zerouno Games. Four guitar-wielding heroes are available for you to take control of, though only two of them are available from the outset. And to save the guitar gods from the evil God Kuk, you’re going to have to make your way through six gigs, using your guitar as a weapon.

With the action viewed from a top-down perspective, the gameplay here will be familiar to those who have played games such as The Binding of Isaac. Each gig is essentially a randomly-generated map with a set theme, and it’s up to you to move from room to room, killing any enemies you encounter while hopefully grabbing some power-ups along the way.

It helps that you generally know what’s in an adjacent room before you enter it. Icons on the map will indicate whether a room has a dangerous trap in it, for example, or a shop. Because of that, you can plan your way through each gig before taking on the boss if you wish. Or you can head straight to the boss if you feel confident of your skills.

Chances are you’ll want to explore, though, as it generally gives you the best chance of survival. Completing a challenge might reward you with a shield pick that allows you to sustain more damage before your run comes to an end, or you might find a nifty power-up that makes you move faster. Even guitars can be found, each one offering a alternate firing behaviour. 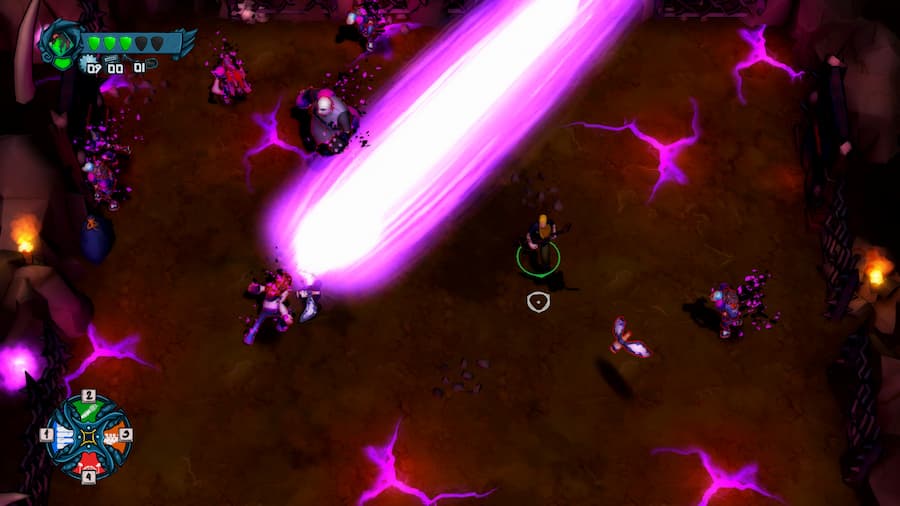 There are also objectives to complete on each run that reward you with a currency that can be used to buy permanent upgrades once your run is over. From additional guitars that can then be randomly found while playing, to damage bonuses, a wide range of upgrades are available. And so as you play and then inevitably fail, you grow ever more powerful until you can clear all gigs in one run.

On paper, Metal Tales: Overkill is your typical twin-stick shooter/roguelike hybrid, then. Albeit one with a rather unique premise. It’s nothing really out of the ordinary. And then to make it even less remarkable, it’s not a particularly nice game to look at, with bland visual design. The audio lets it down a little, too. The metal soundtrack is nice, but the sound effects are pretty dire. 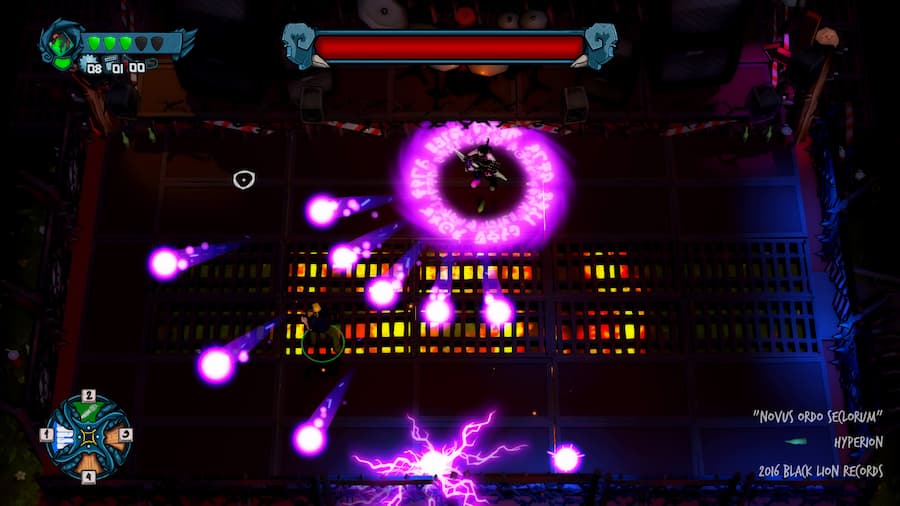 There are other issues, too. When you encounter a shop, for instance, you’re not told what something is before you buy it. The same goes when discovering upgrades etc. in the rest of the game. You’re just expected to learn what things are over time via their icons, but with so many pickups on offer, it’s quite a bit of an ask.

Metal Tales: Overkill is a fairly competent game; one that’s somewhat enjoyable but not remarkable in any way. You can have hours of fun with it, and can even play it with a friend or family member by your side thanks to couch co-op, but chances are you aren’t going to remember your time with it all that fondly. Still, if you’re into metal music and roguelikes, it might be worth picking up.

This review of Metal Tales: Overkill is based on the PS4 version, with a code provided by the game’s publisher. It’s available on PS4, Xbox One, Switch and PC.