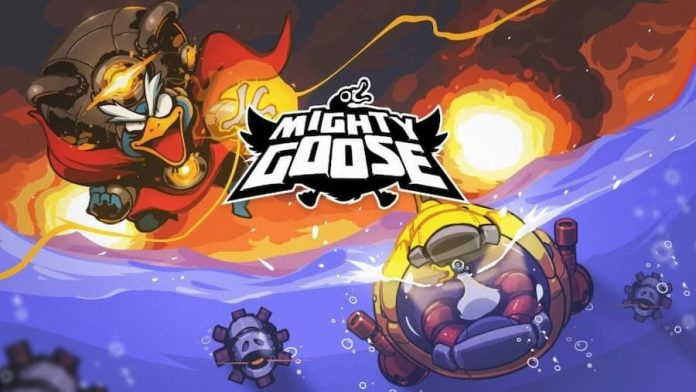 If you love 2D run-and-gun shooters, chances are you’ve already played Mighty Goose. If not, what are you doing?

Available on PS4, PS5, Xbox One, Xbox Series X/S, Switch and PC, Mighty Goose, as its name suggests, indeed puts you in control of a goose. But unlike the other gaming goose you might have tangled with, this one’s not out to cause mischief, but to be a hero.

Travelling from one planet to another, with his robotic arms he wields a range of weaponry and defeats all who stand in his way. Along the way he gains new secondary attacks, too, such as the ability to summon powerful pillars of fire. He also gains the assistance of a range of companions. Add in the ability to select numerous power-ups to increase his skills, and this is one goose you don’t want to mess with.

Mighty Goose is a simple but enjoyable game overall. It has a cute, colourful art style, a decent soundtrack, and a good amount of content for its price. It’s just a shame that its controls aren’t a little better. You can’t shoot diagonally unless you’re in a vehicle, for example. And you can’t lock the direction you’re facing, either. Things can also get a little too hectic at times, leaving you wondering where you are on-screen.

All of these issues shouldn’t put you off playing Mighty Goose, however. Especially if you’re a fan of old-fashioned 2D shooters such as Metal Slug or Contra. And the good news is that Mighty Goose has just got even better. A new update for the game has just added an entirely new level, offering an additional 20-30 minutes of heart-pounding gameplay for absolutely free.

Answering a distress call from the Planet Ceto, Mighty Goose will find himself swimming through water before infiltrating an enemy base to put an end to the evil machinations of the Baron. Just getting to him will be challenge, with a boss and some towers to take down along the way. But the battle against the Baron himself is something else entirely. Your skills will certainly be tested. But it’s all good fun.

Check out the trailer for the free update below.