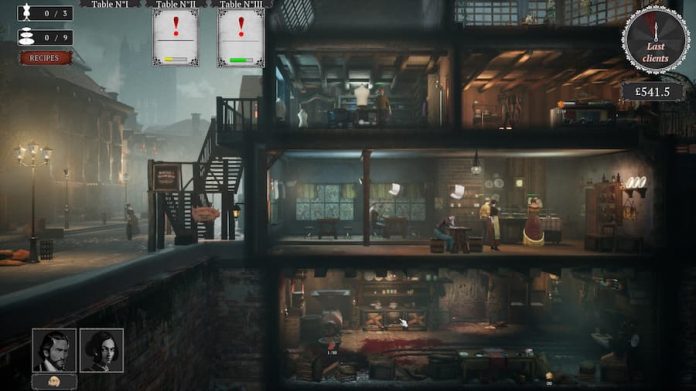 Ravenous Devils is Sweeney Todd: The Game in everything but name, so much so that we’re surprised Bad Vices Games didn’t call it that.

Sure, you might associate the murderous and probably fictional barber with Tim Burton’s movie of the same name, or the Stephen Sondheim musical it was based on. But the character is public domain so Bad Vices could, in theory, have just used him.

Still, that’s not going to put us off Ravenous Devils which looks to be right up our slightly twisted blood-soaked street. Set in 19th Century London it casts you as Percival and Hildred who, respectively, run a tailor shop and a restaurant. Percival dispatches the tailor shop’s clientele then sends them down to Hildred who serves them up to her hungry clientele. Yummy.

Bad Vices Games describe it as a “psycho-horror cooking simulator”, and we’d be inclined to agree. From what we’ve seen so far there’s gore and restaurant management a-plenty, though that’s not the only reason we’re tempted to dive into this culinary bloodfest. We’re curious to see just how easy – or otherwise – it is to keep a lid on your crimes. As much as we love Tim Burton’s movie, we were surprised that no-one raised an eyebrow at so many disappearances.

If it seems like Ravenous Devils might be to your taste, you can check out the Steam demo right now and get your hands on it when it lands on PC, Nintendo Switch, PlayStation 4 & 5, and Xbox One & Series X|S this April 29th. 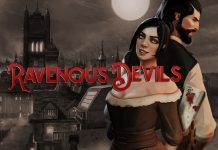