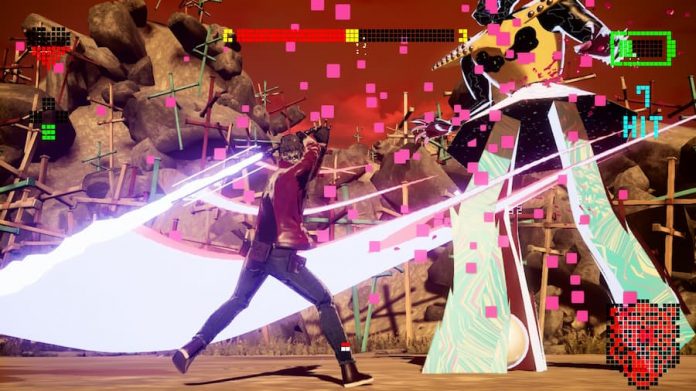 No More Heroes 3, which debuted on Nintendo Switch, is making the leap to Xbox, PC and PlayStation later this year.

The hugely ridiculous slash-em-up casts you as Travis Touchdown, who has to deal with a world changed by the arrival of alien technology. This, in turn leads you to take on aliens in a fight to.. you know what, just accept that this game is absolutely and utterly hatstand.

We reviewed its Nintendo Switch incarnation last year, praising its combat and boss battles though questioning whether it was really worth being open world. Now, as spotted by The Verge, it’s set for a PlayStation 4, PlayStation 5, Xbox One, Xbox Series X|S and PC release.

Will it be worth playing? Short of being an abysmal port, yes. The No More Heroes series is absolutely manic, though you might want to check out the first two, both of which are available on PC. There’s really no telling what they’re going to throw at you next, and Travis himself is amazingly, wonderfully over the top.

Our favorite otaku assassin returns! Travis Touchdown has been forced out of retirement to defend not only Santa Destroy, but Earth itself! Bring on the beam katana and take on Travis' toughest challenge yet in #NoMoreHeroes3, coming this fall to PS4, PS5, Xbox, and PC! pic.twitter.com/kdEJnonUd5

No More Heroes 3 will arrive on PC and console this Fall (that’s Autumn for non-US folks) and will be available both physically and digitally. There’s no news of a ludicrously expensive Travis Touchdown statue edition, but give it time.