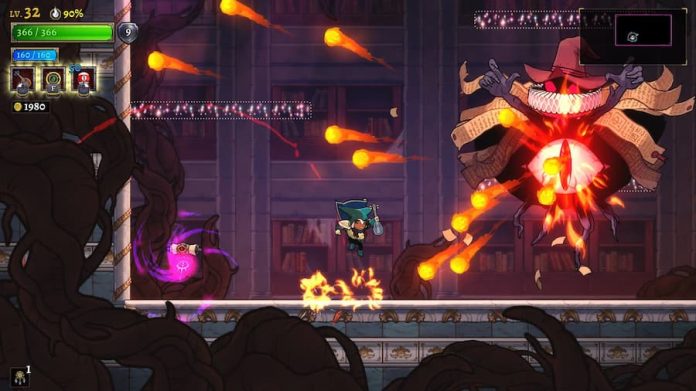 Fancy having kids for the sole purpose of getting them killed in some deep, dark dungeon? Rogue Legacy 2 could be right up your street.

Yes, that sounds absolutely awful, but the original Rogue Legacy, which is free right now on the Epic Games Store, is a ridiculous amount of fun. We’ve sang its praises, stating   “..don’t attempt to play Rogue Legacy if you’re not willing to sacrifice your life to it for a week or two”

Yes, it’s a rogue-lite but because, when you die, you play as that character’s descendent, complete with genetic quirks, it’s never the same game twice. Rogue Legacy 2 is a bigger and better version of the original, adding new traits, new level types and more. And, after nearly two years in Early Access, it’s getting a formal release later this month.

Crafted by Cellar Door, the developer behind the original Rogue Legacy, it’s been in Steam and Epic Game Store early access but the release version will also land on the Xbox. To mark the upcoming release they’ve put out a trailer which blends animated Adventure Time-style animation and in-game slashery.

Sure, we’re a little nervous about facing down two giant skeletons but, on the whole, we’re looking forward to diving into Rogue Legacy 2’s deceptively cute world. And hey, it may take six hundred generations of descendants who don’t get to live their own lives, but we’ll get that final boss’s head on a spike.